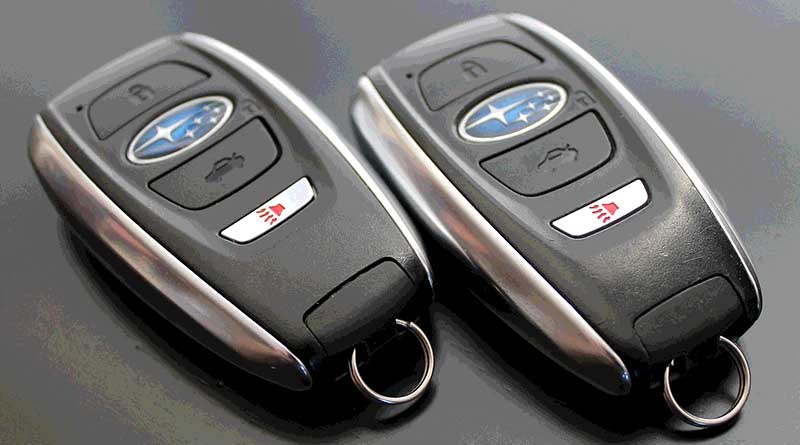 Alicia Flor got a great deal on a new Subaru, but apparently, it didn’t include a second key. That’ll be extra, according to her dealership, which claims it lost too much money on the transaction to include a spare fob.

What follows is one of the strangest advocacy cases in recent memory. It doesn’t just raise the question of whether a second key should be included in a car purchase. It also makes you wonder about the limits of ancillary fees and products, and whether someone should put a stop to the games.

This new Subaru Outback is missing something

Flor recently bought a new Subaru Outback Limited from a certified Subaru dealership, Subaru of Oakland, recently. She paid the $32,390 sticker price for the car, not including the taxes and fees.

“When we were pulling the car out, the salesman told us they only had one key for the car,” she says. “He says he couldn’t find the other one. All new cars they sell come with two keys for the car.”

The salesman assured us he would look for the second one, or he could get a new one programmed.

“We called back five days later and were told that they still could not find the original second key for my new Subaru,” she says. “Additionally, we were told that since we bargained down the price for the car with our seller, the manager of the dealership was refusing to pay for a new key to be made. He said, ‘We already lost too much money on this deal.'”

Does the Outback include a second key

I realize this is a somewhat strange question, but should the Outback include a second key? A look at the official Outback page makes no mention of the spare key. It’s possible Flor assumed her vehicle would come with the extra key, an assumption bolstered by her salesman but never actually delivered in writing.

Has it come to this? Do car buyers really have to dicker with their salesmen over a $183 fob?

But this opens a much more interesting discussion about car dealership profit margins and ancillary products, like floor mats, undercoating and extra keys.

Yes, the Outback should include a spare key, especially if a salesman promises it. Cars should also come with seatbelts, steering wheels, and brakes. This unbundling and nitpicking may work for the dealerships, but they don’t work for people like Flor — or for me.

Car dealers’ gross profit margins range between 8 and 10 percent, but that’s no excuse to short a customer a key. If a dealership didn’t make enough money on a sale — which, if it sold it for sticker price, it didn’t — that’s not the customer’s fault; it’s theirs. Either party can always say “no” to an offer.

You get what you pay for?

So here we are again, with what appears to be a “you-get-what-you-pay-for” attitude. Airlines do it every day with their shameful “basic” economy class tickets. Why not car dealers, too?

But a car isn’t an airline ticket. What happens when Flor has to get her Outback serviced? Will the dealership charge her extra because it didn’t make enough on her car? Will it treat her worse because she paid less for a vehicle?

The Outback is a great car, but Flor might want to go to another dealership for her oil changes.

Then again, this could just be one big misunderstanding. Maybe the salesman misspoke and the Outback only comes with one key. Maybe she also got her wires crossed with the supervisor, who said the dealership didn’t make enough money on the vehicle.

Then again, maybe she just needs to let the Subaru executives listed on this site. know about this unfortunate episode.

Should I step into this dispute and try to recover the $183 she’ll need to pay for another key? A key, by the way, that if my own experience is a guide, she will almost certainly lose?