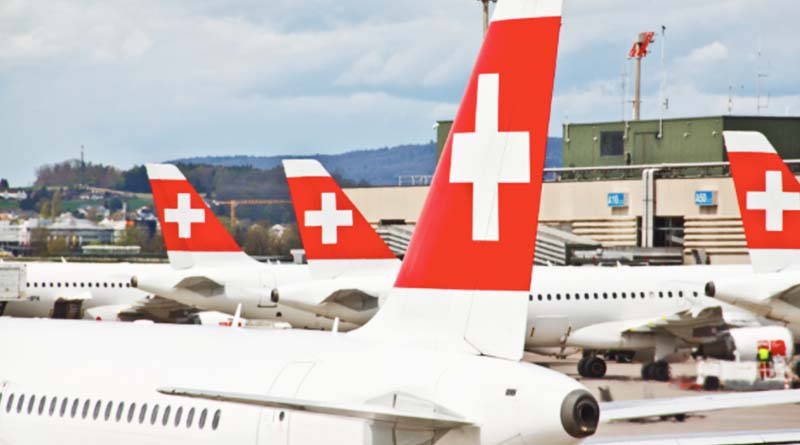 When Kim Davidson’s mother fell deathly ill just before a planned vacation to Greece, she asked Swiss International if she could postpone the family trip. But sometimes, what an airline says and what a customer hears are not the same thing. Now Davidson wants to know if she has any chance at a Swiss refund.

Despite our involvement in this case, Davidson is now holding several worthless tickets. We hate to see that, but we’d also hate it if you missed this cautionary tale.

No travel insurance for this Swiss International flight

“We had not purchased travel insurance,” she admits. And if they had, this probably wouldn’t be a story. But let’s be honest — when you’re putting out a lot of money for a trip, and someone says, “Hey, it’s gonna cost you a little extra,” maybe you’d balk, too. (Unless you were a travel insider or a regular reader of this site.)

It was Davidson’s father’s 85th birthday celebration. “We were all tremendously excited about this opportunity and adventure,” she says.

The family was scheduled to leave April 30. But on April 22, Davidson’s mother became seriously ill and was admitted to the hospital.

“We were actually not sure she was going to make it,” she remembers. “After a family meeting, we made a very difficult decision to postpone our trip to Greece. There was no way Mom could go and no way Dad could go.”

Instead, the birthday turned into a somber occasion. Family members flew to New Jersey and rented a home. They were there to say their last goodbyes.

As her mother slowly improved, Davidson turned her attention to recovering the trip. One of the carriers, Air France, offered a full refund. But Swiss International didn’t.

“We were told initially by the airline that they would honor this situation, but that we would have to use these tickets within a year,” she says. “That was completely understandable. We got letters from the hospital and the doctor who was treating Mom put everything in a package and sent it to the airlines, only to be contacted and told that there would not be any refund.”

“They said to us unless your mother is dead, there’s nothing we can do, and this conversation is over,” she says.

This conversation is over? I don’t think so.

I checked with Swiss International. Here’s what it had to say:

Thank you for passing this along. Did look into this and found that the tickets purchased were non-refundable which, as you know, are very restricted.

However, as an exception, we did provide a refund for the sick passenger (mother). For the father and seven other passengers, we refunded all of the taxes. Such was discussed on 29APR with the party who agreed to receive the refunds.

I checked back with Davidson. She says that’s not how she remembers it:

Unfortunately, this is not the conversation we feel we had with them.

They are correct on the tickets and as I had stated in my first email to you, my father did not purchase insurance. The conversation, however, was that a Swiss refund would be granted to all parties (not a full refund — we thought there would be a penalty and that penalty we felt would be a few hundred dollars).

The benefits of a good travel agent

Here’s where having a good travel agent might have helped the family. The refund rules would have been spelled out in the ticket. And you know the Swiss — they do everything by the book.

Davidson is clearly unhappy with this outcome. I am, too. Swiss was waiving its rules for Mom, and in a phone conversation, it may have suggested it would either offer a full refund or a credit to the rest of the family. I don’t know what was said because I wasn’t there.

For us, the takeaway is clear: When an airline offers you something, get it in writing. Davidson already knows she could have protected her trip with insurance or by using a skilled travel adviser, so there’s no need to wag a finger at her. But Swiss also kept the money for her tickets, and as a consumer advocate, that doesn’t seem right.

I know. Rules are rules. But I’m entitled to my opinion.