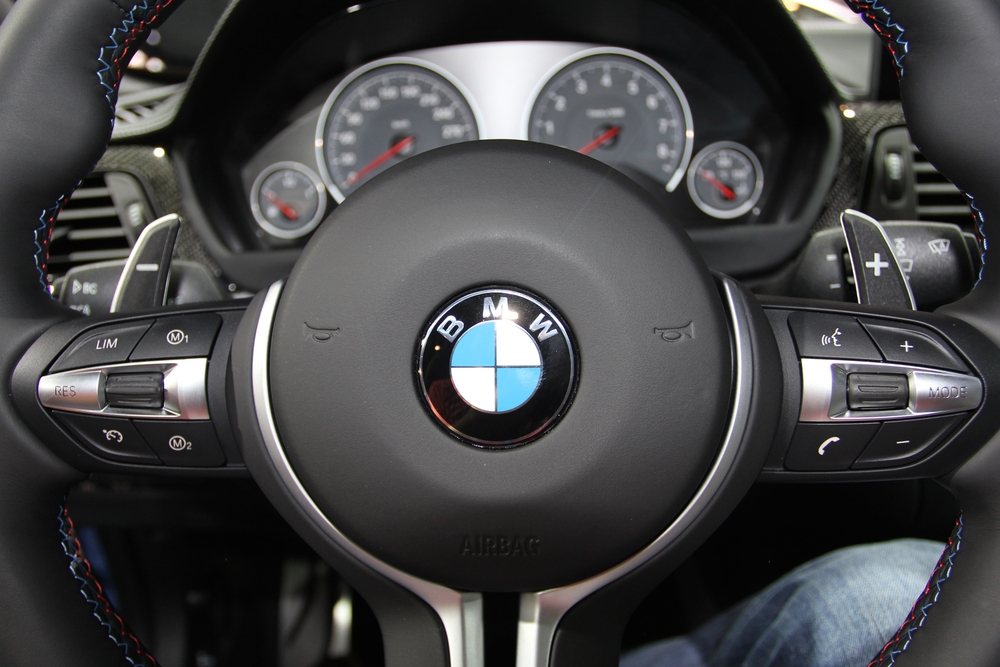 Nicholas MacIlvaine’s problem with his BMW 3 Series is common. Unfortunately, the resolution is even more common.

Or should I say, the lack of resolution.

This is the weekly feature called Case Dismissed!, where I try — and fail — to help someone. But as I’ve always said, your failures can teach you more than your successes.

MacIlvaine was an American expatriate living in Amsterdam last year. He rented the vehicles from Sixt for a total of 12 months, switching cars several times.

“When I returned one of the cars, they said that I had to pay 500 euros in damage because there were scuffs on the bumper,” he says. “They sent photos of the scuffs, and they are there.”

The 500 euro ($623) charge raised an immediate red flag with me because it’s about the same amount as an insurance deductible. Car rental agencies are known to hit their customers with these charges, hoping to avoid dealing with their insurance company.

“I dispute that I caused the scuffs and that 500 euros is a reasonable damage claim for a scuffed bumper,” says MacIlvaine.

Sixt promptly forwarded the claim to a collection agency. What followed was a series of tense exchanges in which he refused to pay, and Sixt’s collections agency threatens to take him to court. Not an ideal ending to a long-time business relationship. MacIlvaine estimates he paid Sixt a total of 13,000 euro last year, making him one of the company’s best customers. Too bad they’re willing to throw it all away over a scuffed bumper, he says.

I reviewed the entire case file and found that a few important things were missing. The 500 euro charge seemed suspicious, but the fact that the Amsterdam location hadn’t asked MacIlvaine to sign a form acknowledging the damage made me wonder: Were they just looking for a reason to ding him with a 500 euro bill?

Let me be clear on this issue: If you damage a rental car, you’re responsible.

When MacIlvaine rented the car, it was not new. A form showed pre-existing damage on the vehicle — little dings and scuffs that existed from the previous rental.

“I’ve never paid much attention to those,” he says. “Scuffs and scratches on a bumper should be considered normal wear and tear, anyway. We are not talking about a dented door, or broken grill or anything. We’re talking about bumpers, which normally do get scratched and scuffed.”

I thought this case was worth bringing to Sixt. So I did. Here’s its response:

Mr MacIlvaine hired a BMW 3 Series Estate with no previous damage. A note is always made of any vehicle damage in the hire contract, such that our customers are aware of the state of their hire car when they accept it. Any such damage is also explicitly brought to the customer’s attention at the counter before they sign the hire contract.

When Mr MacIlvaine returned the BMW, scratches were found on both sides of the front bumper. These scratches were considerable in nature and went through all the layers of paintwork. The new damage was recorded in a vehicle return form in the presence of Mr MacIlvaine, which he then signed.

Sixt had the damage examined by the GKK Gutachtenzentrale company. The company’s experts determined that damage had been caused in the amount of 1,420.82 euros (incl. VAT). As Mr MacIlvaine had taken out comprehensive cover with a reduced excess of 500 euros, he was only invoiced for this amount, in accordance with the contractual agreements.

In his letter to you, Mr MacIlvaine stated that he suspected Sixt of using damage of this nature as an additional source of revenues. We resolutely repudiate this. Sixt deals with every instance of damage to one of its fleet vehicles in accordance with a structured damage process and makes its costs and procedures transparent to its customers at all times. As Sixt is a service company, customer satisfaction and understandable procedures are its top priorities. Mr MacIlvaine was also provided with all the relevant documents regarding this instance of damage.

Based on the contractual agreements with the customer and the expert opinions, it can therefore be said that Sixt has behaved correctly.

So there you have it. The 500 was because MacIlvaine had Sixt’s optional insurance (something the correspondence MacIlvaine shared with me didn’t make clear). The damage to his Beemer actually cost 1,420 euro to fix, which, on reflection, doesn’t sound like a minor scuff.

I don’t know if there’s anything else I can do except to write about this case and warn anyone who will listen. Take those “before” and “after” photos of your rental. When you return the car, get an associate to acknowledge your return in writing, if possible, to verify the car is undamaged.

Does MacIlvaine really have to pay $623 for the damage? I’m afraid so. Should he have to? That remains an open question.