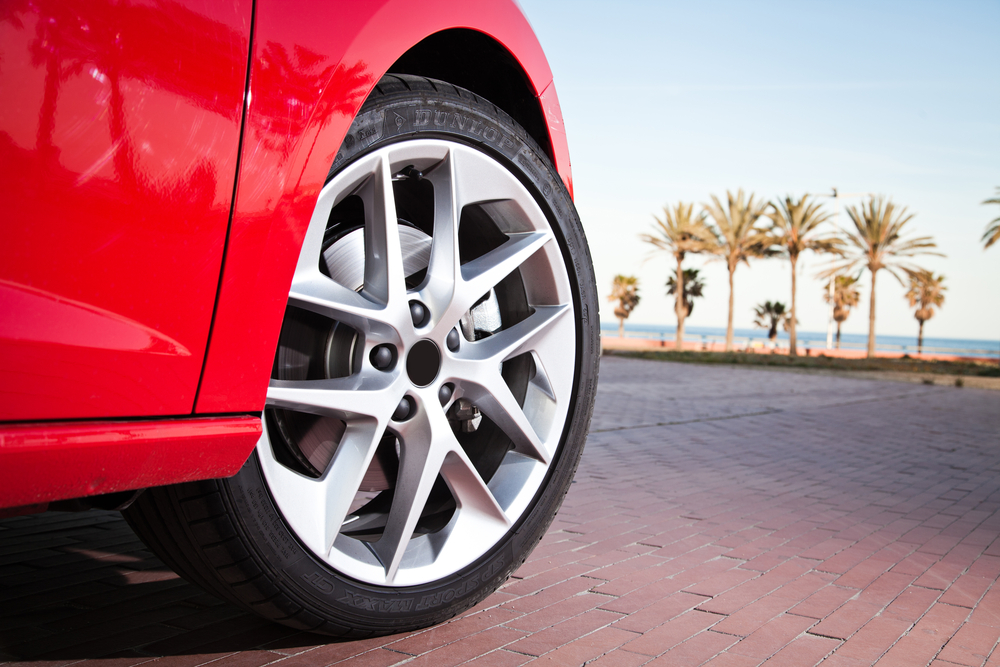 Rick Magill’s recent trip didn’t end well. When he and his wife returned to the Miami Airport Marriott Hotel to pick up their Infiniti from the “secure” parking lot, they found it was undrivable.

“All four wheels were missing and it was left on blocks,” he says.

Magill returned to the front desk to let them know about the problem.

“They said they were fully aware of the situation, and that it had happened the first night my car was parked in their secure lot,” he says. “They also stated that they have no responsibility for what happens in their lot, but they had filed a police report.”

Magill disagrees. He thinks Marriott is liable for what happened on its lot, and he wants me to help him get it. We are both about to get a lesson in adhesion contracts.

Although the hotel’s parking liability isn’t disclosed on its website, Magill’s agreement is ironclad: Marriott isn’t liable for any damage to his vehicle. The site through which he booked the parking space, Simple Airport Parking, also has contract language that says it’s not responsible. He agreed to those terms simply by using the site.

His insurance company, State Farm, agreed to cover most of the damage, leaving him to pay a $500 deductible and 20 percent of any rental car costs. Infiniti sent an employee with a loaner car and four wheels. SimpleAirportParking.com refunded his parking fees and offered to pay for his next booking.

“Marriott didn’t even offer me a drink or anything to eat during the three hours my wife and I were dealing with this ordeal in their lobby,” he recalls.

That’s a little unusual. An incident like this should attract the attention of a manager, someone with extensive training in the hospitality business. Although I wouldn’t expect a drink or meal voucher — or even an apology — any of those would have gone a long way to making the Magills a little less upset about their circumstances.

When the police arrived, he learned the truth. This wasn’t the first incident in Marriott’s “secure” parking lot.

“The police recommended the hotel add additional security,” he says.

Magill appealed to Marriott’s claims department, but was told that the property is located in “a bad neighborhood” and that per its adhesion contract, which he agrees to when he parks in its lot, the company is not responsible.

Would Marriott at least cover his $500 deductible, he asked. No, but it reimbursed the $38 for the meals and drinks while he waited in its lobby.

“I paid to park in a secure lot and feel that the Marriott Corporation should take some responsibility in this situation,” he says.

I agree with Magill. If it was obvious that the two companies involved, Miami Marriott and Simple Airport Parking, were unwilling to accept liability for theft in their “secured” parking lot, Magill might have reconsidered his purchase. He might have taken a taxi to the airport instead of driving his Infiniti. Using words like “secure” in describing its parking lot suggested that his car would be protected, and that if something happened to it, the hotel would be liable.

I contacted Marriott on his behalf. A representative called him back and promised to “see what she could do.” Then he got another call, repeating Marriott’s claim.

“She said they are not responsible for anything that happens to a car parked in their lot, and there is nothing else that can be done,” he says.

The damage to his Infiniti is pretty severe, by the way. The total repair bill came to more than $9,000.

“My gripe is that this has happened in their lot previously,” says Magill. “The police have told them they need better security and although no one can prove it, everyone feels that someone that works there is tipping off the thieves.”

Unfortunately, I’m moving this into the “case dismissed” file. It doesn’t belong there, but what choice do I have?