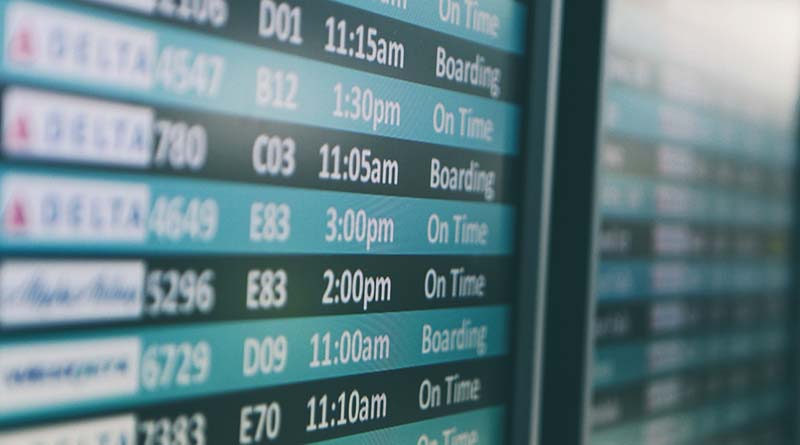 If you had a ticket on Delta Air Lines a few weeks ago, maybe your flight was delayed several hours. You better get used to it. Flight delays because of a “technology issue” are becoming the new normal for air travelers.

“On runway for two hours,” one passenger lamented on Twitter. “Why would I fly you again? Technology issue? #Deltasucks”

“Is it a joke?” asked another.

Earlier this year, I noted that it wasn’t a question of if, but when another information technology (IT) disaster would strike. The number of technology-related outages among domestic airlines has risen unevenly during the past decade, from three in 2007 to six in 2017, with the highest number being 11 in 2015.

I hate it when I’m right.

IT problems seem to be growing. And while the causes are complex, the contingency plan is as simple as ever. When an airline cancels your flight and blames technology, you can’t accept it with a shrug.

Technology “issues” are getting worse

A study conducted by Qualtrics on behalf of Sungard AS, a global IT services company, noted that just a single outage can drive away a significant number of customers. More than one-third of passengers (34 percent) said they would not book another ticket on an airline with a technology-related service disruption, according to Sungard AS.

It’s a worldwide problem. Earlier this month, for example, Pakistan International Airlines reportedly delayed its flights after its entire booking system “went down.” Turns out the carrier was switching to a new Turkish web-based product appropriately named “HITIT.” In August, Spirit Airlines experienced a system-wide service interruption, which prevented it from checking in passengers. And in June, American Airlines suffered a service outage after a “serious” computer problem. More on that in a minute.

Delta’s IT problem remains something of a mystery. At 8:28 p.m., the airline announced that its IT teams were “working diligently” to address a technology issue affecting some of its systems. “We have issued a Delta ground stop as we work to bring systems back up as quickly as possible,” the airline said. “There has been no disruption or safety issue with any Delta flight currently in the air.”

By 9:20 p.m., Delta announced that it had restored all IT systems, blaming the flight delays on a “technology issue” that “briefly affected some systems this evening.”

“While the root cause of each occurrence varies, IT issues among the travel industry can be attributed to several overarching factors,” says Michael Levine, a senior associate at Schellman & Company, an independent security and privacy compliance assessor.

Airlines don’t like to spend a lot of money on technology, so their systems are antiquated before they receive long-overdue upgrades, say experts.

“The complex nature between many integrated systems — reservations, flight scheduling, staff scheduling, and so forth — can lead to breaks in the chain,” says Levine. “Airlines often work with regional subsidiaries, which means that they are affected by their IT infrastructure and outages as well.”

That’s what happened with American Airlines in June. PSA Airlines, a regional subsidiary of American, had a hardware issue with one of its staff scheduling systems. “It appears there might not have been a proper backup system in place, so the outage lasted a lot longer than necessary,” says Levine.

It’s not just technology. The major airlines have made sufficient investment in redundant systems on multiple networks, says Brian Gill, the CEO of Gillware Data Recovery. They have “incredibly redundant” storage arrays where the transactional databases running all their operations reside, and that data is backed up in near real-time to multiple locations and private clouds.

“The weak point in the chain,” he explains, “is humans.”

Employees and contractors aren’t adequately trained to monitor the system or to ward off cybercrime.

“It only takes one human to do something incredibly ignorant or stupid,” says Gill. The mistakes range from a programmer handling data insecurely or a marketing executive uploading client data into an unsafe third-party app.

“It takes a serious commitment from the highest level of executives to spend intelligently and adequately, to deter possibilities of major outages or data breaches,” he says.

What can you do about a flight delay?

If you’re an airline passenger, you’re probably wondering: What can I do to avoid a technology issue?

The short answer: You can’t.

Even the best airlines have IT meltdowns. In 2016, for example, Southwest Airlines suffered a massive outage because of a single Cisco router. I offered a play-by-play of the IT disaster in my Washington Post column. I also personally assisted many of the displaced passengers through my nonprofit consumer advocacy site.

But you can have a solid contingency plan. Instead of complaining on social media, look up the airline’s contract of carriage — the legal agreement between you and the airline — and find out what it can do for you under its rules. (Here’s Southwest’s contract.) The Department of Transportation (DOT) which regulates airlines, notes that airlines aren’t required by law to provide you with meals and overnight accommodations. But in an IT outage, they sometimes do.

An airline, particularly a discount or “low cost” carrier, may claim a technology issue is an event beyond its control. That’s an important distinction when you’re dealing with a flight within or from Europe, where EU 261, a consumer protection law, is in effect. But that’s nonsense. IT problems are avoidable and preventable and are very much within an airline’s control. If an airline claims otherwise, take it up with local aviation regulators.

When an IT problem leads to a flight cancellation, your airline must either fly you to your destination on the next available flight or fully and immediately refund your ticket. But IT disasters are so embarrassing that most airlines add apologies, free tickets, and even more apologies to win you back.

After all, they don’t want you to be part of the 34 percent.