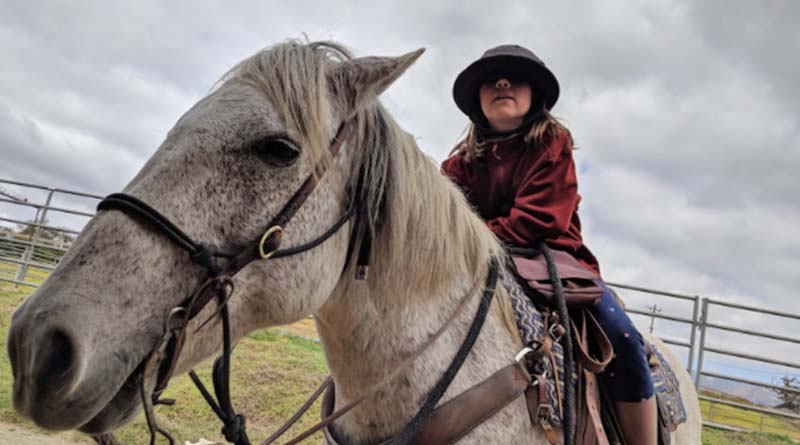 What’s your worst vacation experience ever? Was it a delayed flight, a missing hotel reservation, or maybe terrible weather that ruined everything? Or maybe it was someone who ruined it for you?

My “someone” was a horseback riding guide who bungled a tour so badly that my kids will probably never saddle up again. If there were a Fawlty Towers spinoff with horses, we would have all had starring roles in it.

Vacations can go wrong, but when they head south with your kids, you have a lot to answer for. The children will be disappointed, you’ll be kicking yourself, and everyone will probably just want to go home.

No one knows what ruins vacations the most, but we have a few ideas. A recent survey by McAfee, for example, suggested too much device time on vacation can affect your trip. I second that. Ask me sometime about how I got all these pictures.

Worst vacation ever: the horseback riding tour from hell

Our horseback ride from hell started with our guide pushing a four-page legal contract in my hands. Just a few moments later he would boast about the operator’s positive reviews, and I knew why. The agreement contained a non-disparagement clause that promised I wouldn’t say anything negative about the tour. After a little back and forth, our guide reluctantly agreed to let me “X” out the offending paragraph and sign the rest. I should have walked away then, but we’d come all this way.

Maybe that explains what followed next. Our guide, who fancied himself as a Jack Palance-type character from the movie “City Slickers,” managed to hurl several insults at us before we ever got out of the barn (he was angry at liberals, the nanny state, Oprah Winfrey, and a local Indian tribe for building a casino nearby). He never bothered to ask us about our political beliefs, but it didn’t matter because we had bigger things to worry about.

The horses shared our guide’s hostile attitude. My daughter’s mare refused to move; mine wouldn’t stop. No matter how hard I pulled back the reins, the horse went whichever way it pleased. It plowed into our guide’s horse several times. I apologized for something I hadn’t done. Cowboy Jack glared at me but remained silent.

Things took a turn for the worse when we encountered a cow with two young calves along an otherwise unmemorable path. Our guide badly misread the situation. He tried to chase away the cows, but they returned and charged at my daughter and her horse. She managed to stay in the saddle but was visibly shaken.

Our tour was almost over. But just a short distance from the barn, Cowboy Jack came to an abrupt stop, blocking the path. I tugged on the reins. And of course, my horse rammed right into his horse.

I was speechless. So were my kids. We ended the ride and walked away in stunned silence. In the safety of our car, all three kids told me they never wanted to go horseback riding again. But now, looking back on this riding fiasco, I’m happy I had an opportunity to talk to them about the importance of mental health and good customer service. Cowboy Jack probably hadn’t taken his meds that morning and he’d paired us with horses that weren’t fit for riding.

What to do when you’ve had the worst vacation ever

Our horseback ride with Cowboy Jack wasn’t our only worst-vacation-ever story. There was the kayaking tour in Washington where we almost got swept out to sea. Our guide demanded a tip after we returned to shore. I gave him one: “Don’t take your guests into dangerous waters.” And there was the ziplining tour where we almost froze to death while our guide told us jokes that weren’t funny. Lesson learned: Personal comfort is no laughing matter. But if you’re going to make light of it, be sure you have some good material

Here’s how to snap back.

Failure can be funny. Actually, laughter is the best medicine when something goes terribly wrong. We’ve always found a way to crack a joke about a situation with vacation-ruining potential. “If the sharks eat us, they’ll start with you,” my middle son told my daughter after a rough kayak ride. “They loooooove 11-year-old girls!” Or, as my oldest son said, “Maybe Cowboy Jack lost all of his money in an Indian casino?”

Adversity builds character. It’s almost become a punchline in our family, that when something’s hard, it’s “character-building.” But honestly, if everything were easy, then life wouldn’t be as interesting. So, whether you’re being chewed out by an angry cowboy or chased down the road by a kayaking guide who almost got you pulled out into the Pacific, it’s an adventure.

Do better next time. Snapping back from a bad vacation means avoiding future screw-ups. I agree with my kids. Maybe we’re not horse people. And after a few close calls on a kayak, maybe we aren’t boat people, either. Like other travelers, we probably know this after the first or second time, but we persist because we want to give the thing another chance. But I think now we know. No more horses, no more boats.

You probably have your list, born from personal experience or just personal tastes. Take it from me — heed it. If you’re not a beach person, please don’t let anyone talk you into taking a beach vacation. If you don’t like to ski, stay away from ski resorts during high season. And if for some reason you aren’t fond of horses, stay away from characters like Cowboy Jack and his stable of misbehavin’ steeds. It could mean the difference between a good vacation — and the worst vacation ever.