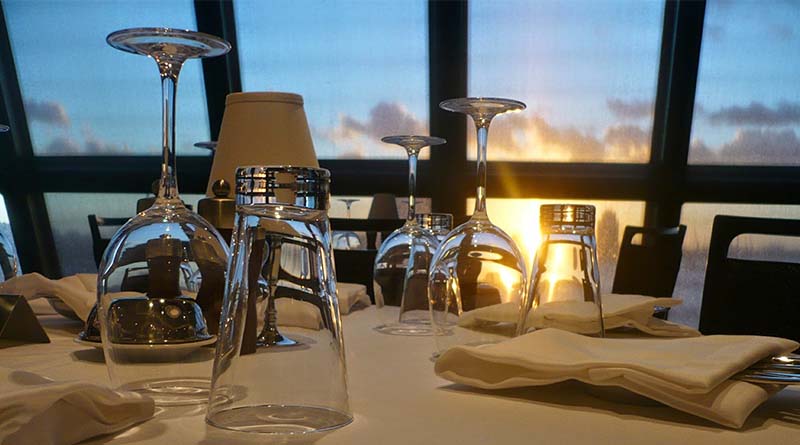 Eugenia Dupre is the victim of a Norwegian Cruise Lines (NCL) cruise bait and switch. She’s sure of it.

I’m not so sure. A closer look at her problem suggests this might be a case of old-fashioned user error.

Who’s right? Scroll down for the poll, please.

Either way, Dupre’s story is a learning opportunity for anyone booking a cruise — or buying any complicated consumer product. For some reason, we’ve experienced a surge of interest from the cruising community about our cases. My fellow advocates and I love to help, but our site is here for everyone. And at the end of the day, the same rules apply on the sea as they do on land.

Her NCL cruise included “everything” — until it didn’t

Dupre recently phoned her AAA travel agent to book an NCL cruise. The agent informed her that her cruise was “all-inclusive,” as most cruises claim to be. Less than a half-hour after making the reservation, the agent phoned back to say that the beverage package would cost her extra.

A look at NCL’s site suggests a possible source of the confusion. The packages cost extra, with an asterisk.

Enjoy a wide selection of soft drinks, beers, spirits, cocktails, wines by the glass and bottled or draft beer up to and including $15 USD during your entire cruise.

*Effective for Norwegian Sky sailings booked on or after 4/22/15: FREE Ultimate Beverage Package for sailings on or after 1/1/16. See full Terms & Conditions.

A 20% gratuity and beverage service charge will be added at checkout.

Perhaps she also read the terms and conditions of these beverage packages, which are pretty interesting. My least favorite part is the 20 percent gratuity. Why don’t they just raise their prices by 20 percent and then make the package “all-inclusive” instead of playing price games with their passengers? (Then again, maybe they will be too intoxicated to notice?)

At any rate, Dupre canceled the moment she found out her NCL cruise was not “all inclusive” as promised. And that’s when the trouble started.

Is this an NCL cruise bait and switch?

“I said no to the transaction right then and there,” says Dupre.

But NCL told her agent they could work something out and urged her to keep her booking.

“So over the next couple of days, which included a weekend day, we tried to work things out with NCL through our AAA travel agent,” she says. “But we didn’t succeed. On the following Wednesday, we bailed out of the original transaction which I had rejected in the first place.”

That’s right, Dupre was within the 90-day cancellation window, so according to its cancellation fee schedule, she owed $340. Her travel companion did, too.

“We would like a $340 credit on the books towards a future cruise good for a minimum of one year,” she says.

I reviewed the paper trail between Dupre, her agent, and NCL. There was something fishy going on here. Her original fare was $539, but when she asked about the beverage package, her agent or NCL (it’s not entirely clear who) raised her fare to $689.

“Now what do you think these opportunists did?” asked Dupre.”They said we didn’t have to take the beverage package, but then they still tried to charge us the $689 per person fare, saying the $539 per person fare was no longer available, when in fact it was still posted on their own website for several more weeks.”

That’s ridiculous. No wonder Dupre canceled. And no wonder that NCL still tried to charge her.

Can our advocates negotiate a credit for this NCL cruise bait and switch?

Here’s the problem with Dupre’s case. Although my advocates and I can certainly sympathize with her case — it felt as if either NCL or her travel agent were trying to pull a fast one — she doesn’t have a case.

That’s because the fine print protects NCL, but not her. Which is to say, NCL can demand $340 from her and her companion, but under the terms, she has little recourse to deal with her cruise bait and switch issue. Sure, she may have a case in court (probably small claims), but it’s probably not worth it.

Our team did, however, reach out to her AAA travel agent about this alleged NCL cruise bait and switch. A short while later, we heard back from her:

I received a telephone call from AAA where I originally booked the cruise. They came through for us! We are getting a credit of $340 towards a future cruise good for one year.

The manager, Jennifer, isn’t sure if the credit is coming from NCL or AAA, but this is being taken care of. She said they have a new arrangement with NCL. Thank you a million times for your help.

I’m happy we could throw Dupre a life preserver on this one. But there are a few lessons for the rest of us. The first is the old “trust-but-verify” rule. Dupre’s travel agent dealt with her over the phone, mostly. She needed to get everything in writing and check it against NCL’s terms and conditions on its site. In this day and age, that’s easy and takes almost no time.

Also, check your definitions. “All-inclusive” may mean something different to you than it does to a cruise line. Typically, premium restaurants and alcoholic beverages or soft drinks aren’t included, except on some high-end luxury cruises.

I’m pretty sure the fare increase was just a pricing glitch, not a deliberate NCL cruise bait and switch. So what? In the end, the only experience that matters is Dupre’s, and hers was negative. I hope she can use the cruise credit for a vacation that truly is all-inclusive and meets all of her expectations.

Christopher Elliott is the founder of Elliott Advocacy, a 501(c)(3) nonprofit organization that empowers consumers to solve their problems and helps those who can't. He's the author of numerous books on consumer advocacy and writes weekly columns for King Features Syndicate, USA Today, Forbes and the Washington Post. He also publishes Elliott Confidential, a critically acclaimed newsletter about customer service. If you have a consumer problem you can't solve, contact him directly through his advocacy website. You can also follow him on Twitter, Facebook, and LinkedIn, or sign up for his daily newsletter. Read more of Christopher's articles here.
80245