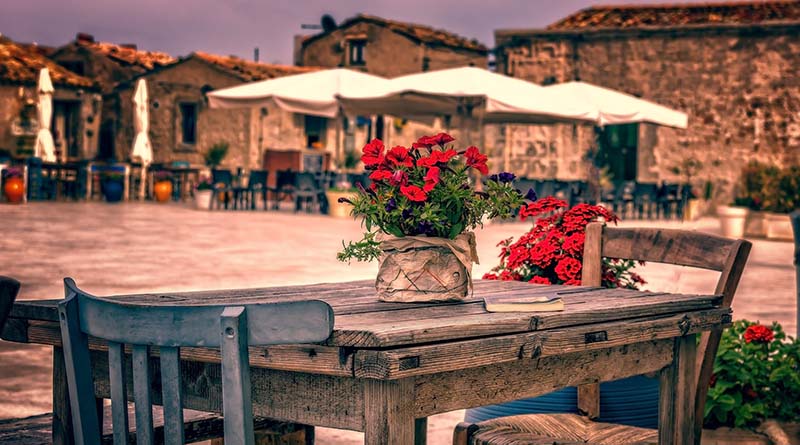 Bob Tupper’s summer vacation in Bologna, Italy, was his best trip of last year. It included a visit to the famous markets in the Quadrilatero district, touring the oldest university in the western world and sampling beer at the Baladin brewpub near the city.

Tupper, who writes guidebooks with his wife, Elaine, says their visit to “la Dotta” was among their all-time favorite vacations. “Bologna kept us fed, watered and engaged.”

I mention the Tuppers’ trip to Bologna because after hearing from hundreds of readers about their most and least favorite trips of the year, I think they’re in a class by themselves. I mean, sipping your way through Bologna — and getting paid to do it? Is it too late to switch careers?

Best trip of the year

Erin Zagursky says a short trip to Denver in June was the highlight of her year. “A friend of mine was going to see a favorite band of his at Red Rocks Amphitheatre, and I had always wanted to go to a concert there, so I tagged along,” says Zagursky, who works for the College of William & Mary in Williamsburg, Va.

As the indie band Dispatch took the stage, it started to rain, which made the experience even more unforgettable. At that time of year, it’s unusual to experience a downpour at that time of day, she says. Everyone in the amphitheater was soaked, but the band played on.

“This trip reminded me that there’s so much in America that I have still yet to see — I don’t necessarily need to travel to far-off destinations for long periods of time to have adventures,” she told me.

Amanda Block’s trip to her favorite destination of 2018 took even less time. It was just a four-hour drive from the interior decorator’s home in Platte, S.D., to the Black Hills, where she went camping this summer. Her family of five stayed in a campground with a view of the Mount Rushmore National Memorial.

“We loved sleeping and hanging out in our canvas tent, nestled among the ponderosa pine trees, and starting the wood-burning stove at night to warm up,” she says.

I’ve been to all of these places — South Dakota and Colorado this year, and Bologna a few years ago. I agree that they are life-changing, each in its own way. I loved seeing Colorado’s snow-capped Rocky Mountains from our rental house in Fort Collins and hiking in Rocky Mountain National Park. My heart still skips a beat when I look at the images I took in South Dakota, not just of the Black Hills, where we lived for a month, but of the Badlands, too.

And then there are the not so great trips

Then there’s travel’s underside. I keep a “Ruined My Trip” folder containing readers’ worst travel experiences. A look at it shows that it doesn’t take much to turn the trip of a lifetime into the ordeal of a lifetime.

Kara Person comes to mind. She contacted me a few months ago after taking a cruise with her 7-month-old. “When the crib arrived in my room, it didn’t have a crib sheet on the mattress,” says Person, a project manager from Willow Grove, Pa. “Instead it had an old, folded-up wool blanket.”

Despite repeated assurances that the cruise line would supply one, her baby remained sheetless for the duration of the voyage. “I was unable to sleep properly because I worried about him possibly suffocating from the blanket,” she says. “I felt it was not a safe sleep environment.”

Person sought a partial refund for the cruise and received a $25 credit.

“It ruined my vacation,” she says.

Amanda Chiu’s trip to Greece went south before she arrived in Athens. First, the airline delayed her flight for two hours without explanation, which made her miss a connecting flight to Athens.

“Then I got attacked by bedbugs on that same delayed flight,” Chiu says. “I was in immense pain; my leg was full of blisters. I had an allergic reaction, which then caused a secondary infection. I couldn’t sit, I couldn’t walk and I had to go to the emergency room.”

Chiu, a student from West Hempstead, N.Y., spent the balance of her vacation suffering from the side effects of medication.

“This ruined my trip,” she told me.

I have taken my fair share of trips that went sideways, too. This year, they included dealing with an eccentric Airbnb host who demanded that we feed her cat and then told us that by renting her house in Colorado Springs, we had left her homeless. That experience made me a little more cautious about the sharing economy. Then, another host, in St. Louis, this time on VRBO, blindsided me when she withdrew an offer to rent to me this summer. She said she’d found a better offer. That made me even more cautious about the sharing economy.

I wouldn’t say either of these experiences ruined my trip, but they were learning opportunities.

If nothing else, a review of readers’ worst and best trips of the year demonstrates that little things can make an outsized difference. Sometimes a lousy trip comes down to a missing sheet or a tiny insect. Good travel experiences — crystallized in brief moments caught in a freak rainstorm in the Rockies, sampling beer in an Italian restaurant or glimpsing the silhouette of Mount Rushmore after sunset — are even harder to pin down.

It’s also the reason I write this column every week. The things that separate a good trip from a bad one may be small, even trivial, but they can mean everything to you. And to me.