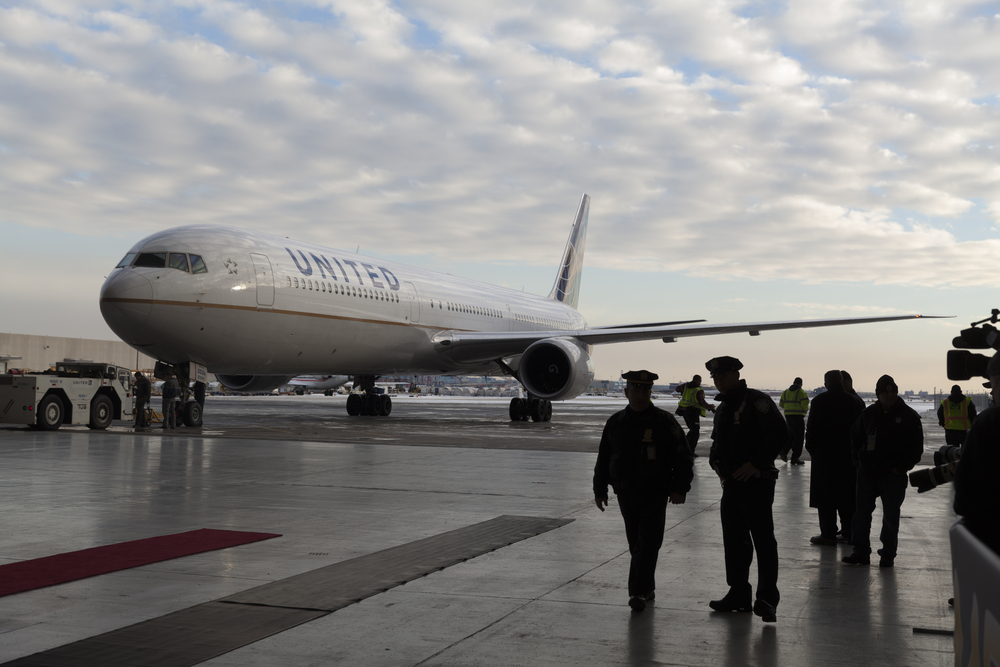 Yesterday, my colleague Kendall Creighton asked if the big three airlines have a “stranglehold” on three New York area airports.

She noted that Virgin America, Frontier Airlines, Allegiant Air, Spirit Airlines and Alaska Airlines sent a letter to the Federal Aviation Administration and the US Department of Transportation, complaining about the “vise grip” on hundreds of takeoff and landing slots in New York.

And guess what? Only an hour after her story posted, the Department of Justice (DOJ) announced it had filed an antitrust lawsuit against United Airlines to block its monopolization of slots in Newark.

“A slot is essentially a license to compete at Newark,” Assistant Attorney General Bill Baer of the Justice Department’s Antitrust Division said in a prepared statement. “United already holds most of them, and as a result, competition at Newark is in critically short supply.”

The DOJ alleges United is extracting what it calls a “Newark premium.” Airfares at Newark are among the highest in the country, while United’s service at Newark ranks among the worst.

Allowing United to acquire even more slots at Newark would “fortify United’s monopoly position, and weaken rivals’ ability to challenge that dominance, leaving consumers to pay the price,” Baer added.

Consumer groups approved of the actions.

“This is an important day for business travelers who have been on the losing end of the big three U.S. carriers’ stranglehold at Newark, where they control 91 percent of the slots and charge some of the highest fares in the country,” said Kevin Mitchell, founder of the Business Travel Coalition. DOJ no doubt has viewed with alarm the behavior of the big three in a radically consolidated industry.”

Added Charles Leocha of Travelers United, another consumer group, “This is not a level playing field, nor is there effective competition.”

The control of airline traffic in and out of LaGuardia, JFK and Newark Airports in the New York area is dramatic. Delta and American Airlines slots at LaGuardia dwarf those of other competitors. American, Delta and jetBlue control more than 90 percent of the slots at JFK. And, United holds 902 of 1,233 available slots at Newark, he says.

“The control of airport takeoff and landing slots and the careful shuffling of these controlled slots among the major carriers amounts to restraint of trade, and clearly falls under the antitrust laws enforced by DOJ,” he adds.

Don’t get too excited. Remember, the DOJ’s Bill Baer also called for a “full stop” of the merger between American and US Airways, and we all know where that got us.

I’m sure we’ll be hearing from the laissez-faire capitalists and free marketers in coming days, who will say this is government interference of the highest order. But as a consumer advocate, I don’t think the government is going far enough. It should be giving these slots to startups which will bring real competition to New York, not ceding it to those who would throttle free enterprise.