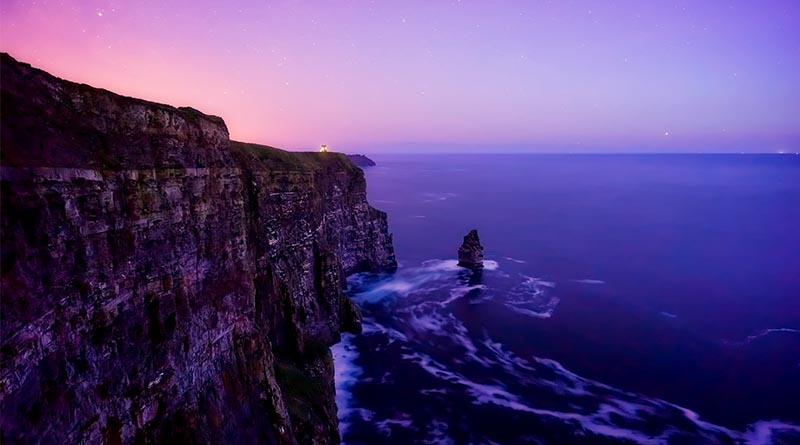 When Thomas Doran tried to buy travel insurance for his vacation to Ireland, the purchase failed three times. Or so he thought.

Although the website coughed up an error message, his insurance purchase through Allianz Travel Insurance had not failed. Instead, he was the owner of three travel insurance policies. But getting the mess sorted out would be a lot more complicated than my advocacy team anticipated.

The takeaway: When buying anything online, an error message doesn’t necessarily mean your transaction has failed. If you get a warning, you might want to take a minute or two to see if the transaction went through. Doran’s case also underscores the importance of clear, concise communication with any company.

Did this travel insurance purchase fail? No, it didn’t

Doran’s saga starts last summer when he booked airline tickets on Aer Lingus. Like most airlines, Aer Lingus offers optional travel insurance, which Doran wisely believed would be a good idea. (Note: Our advocacy team believes that shopping around for travel insurance, rather than buying the first travel insurance offered, is a more prudent approach.)

“I followed the forms three times and entered my credit card number,” he says “It failed and came back with an error message: “Oops, an error occurred!”

Doran assumed the transaction didn’t go through, so he visited another site and purchased a policy. This time, the purchase went through and he received a confirmation.

But a day after pushing the “buy” button, he also received a confirmation for three Allianz Travel insurance policies.

The form to buy Allianz travel insurance is on the Allianz site. I spoke with a company representative about the error, and he told me the transfer between the airline site and insurance site can sometimes generate an error message. Still, it is a little odd that any site would allow anyone to purchase multiple policies under the same name for the same dates without raising a red flag.

What went wrong when he thought his travel insurance purchase failed?

Doran immediately phoned Allianz and requested a refund on the policies. He was entitled to all of his money back under the company’s free look policy, which allowed him to cancel within 10 days and receive a full refund.

“They found only two of the policies and canceled them,” he says. “They said the other charges should automatically fall off.”

They didn’t. A charge for $83 stuck on his bill. What’s more, there was another $112 charge for travel insurance.

“Everyone in the Allianz customer service department agrees that a refund is due,” he says. “But I’ve heard nothing from them in a month. I just want my refund, otherwise I will have to contact the New York State Insurance Department and file a credit card dispute.”

If you think any online purchase has failed, don’t do what Doran did. He kept pushing the “buy” button until he had three travel insurance policies. Then he bought a fourth one from another source.

The double-booking problem happens too often, and whenever it does, travel companies tend to adopt a “tough luck” attitude. According to Doran, Allianz quickly removed two of the charges but then went into radio silence.

Some of the time Doran spent trying to sort this out was on the phone with Allianz. As I review his paper trail, I think a brief, polite email to the company might have worked better. Instead, when he started a paper trail, the correspondence was written in incomplete sentences that made the case difficult to follow.

Of course, we also publish the names, numbers and email addresses of the Allianz Travel Insurance executives. But our advocacy team advises using them only as a last resort.

The biggest takeaway for consumers like Doran: When you see an error message, be patient. Just because the site says “oops” doesn’t mean your purchase failed.

How do you know if your purchase failed?

But could he have known that the travel insurance purchase failed? Based on my past experiences, here are a few telltale signs:

How the Elliott Advocacy team fixed this failed purchase

Our advocate Dwayne Coward did a little forensic research and discovered that the $112 charge on Doran’s card was legit. It was the fourth policy Doran had purchased from a third party, and if he canceled it, he’d have no travel insurance.

That left us with the mystery of the $83 charge, which Allianz said was not supposed to be there, but was. After a lot of back and forth, Dwayne suggested that Dorandispute his credit card charge. He did and received a full refund.

Christopher Elliott is the founder of Elliott Advocacy, a 501(c)(3) nonprofit organization that empowers consumers to solve their problems and helps those who can't. He's the author of numerous books on consumer advocacy and writes weekly columns for King Features Syndicate, USA Today, Forbes and the Washington Post. He also publishes Elliott Confidential, a critically acclaimed newsletter about customer service. If you have a consumer problem you can't solve, contact him directly through his advocacy website. You can also follow him on Twitter, Facebook, and LinkedIn, or sign up for his daily newsletter. Read more of Christopher's articles here.
82818