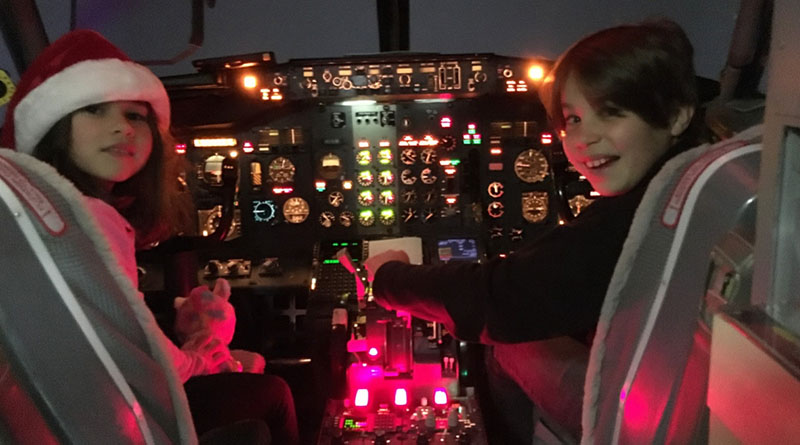 Flying somewhere with your family? Before you board that plane, before you pack your bags, before you even book your ticket, you’ll want to read this.

A solo plane trip can be stressful. But add kids or grandparents to the mix, and it’s enough to make you throw yourself out that emergency exit door at cruising altitude. In a recent Yahoo Travel survey, one in five parents surveyed found traveling with their own children “difficult.” Roughly 10 percent of adult respondents even wished they could sit apart from their own kids.

My most stressful flight happened on an American Airlines flight from Houston to Orlando a few years ago. Everything that could go wrong did go wrong. Three of us were suffering from the flu. We misplaced a bag. The turbulence was so bad that my oldest son, then 9, thought we were going to die. I think my daughter was teething or had some kind of skin condition — but I remember her being in agony for the duration of our trip.

After we touched down in Florida, I swore I would never fly again. That lasted all of about a month. I can’t not fly. But that flight from Hell really helped me deal with the next flight, and the one after it. I learned that some things are more valuable than what you paid for that nonrefundable ticket. Also, you can plan your flight carefully to avoid most of the craziness my family and I suffered.

Of all the mistakes when you fly with your family, the biggest is placing too high of value on your airline ticket. Here’s what I mean by that: Your nonrefundable economy class ticket cost a lot. And you probably shelled out one of those ridiculous “seat assignment” fees so you could all sit together.

What’s more valuable than the money you spent? Your health.

I’ve shrugged off upper respiratory infections, a touch of the flu, and hangovers (in younger days) and boarded my flight. Not worth it. First of all, flying with an infectious disease ought to be illegal. You’ll make the whole plane sick. But more importantly, it guarantees that you — and your family — will be miserable. And let me tell you, there’s no worse feeling than sitting in a pressurized aluminum tube, feeling as if your head is going to explode. When it’s one of your kids, you have to deal with them and sometimes the irritated passengers next to them, too.

If you or a family member are sick, here’s my advice: Consider canceling or postponing the flight. Most tickets allow you to reschedule (but you have to pay a change fee). If you booked one of those “basic” fares, you can still call the airline and explain that your child has a virus and shouldn’t be on the plane. Airlines can bend their own rules and offer a credit or a refund. It’s worth asking.

Timing, as they say, is everything — and nowhere is that truer than air travel. Sometimes, the conditions are calm. Other times not so much. Our flight from Houston to Orlando took place in the early spring, which is known for its turbulent weather

Let me share a moment with you from that flight. We’d just hit the second pocket of violent air. The pilot had warned us to buckle up, and then added, “Flight attendants, I’m going to ask you to be seated, too.”

When you hear that, expect a wild ride.

The plane suddenly jerked up and down and the plane seemed to dive. I looked over at my middle son and saw him, bulging eyes, colorless skin. Yes, he looked like Gollum from “Lord of the Rings.”

I assured him everything would be fine. But the truth is, I didn’t know.

If I’d done a little planning, I might have chosen a different city in which to connect. The skies around Houston on that particular day were not ideal for flying. Come to think of it, there are other skies I try to avoid. Flying over the poles during the winter can be a rough ride. There are some notoriously windy airports in Texas, New Mexico and Arizona where you can count on a rough landing. You don’t have to be an aviation insider to know. Just do a quick search online before you make your reservations.

Your family planning guide for flying

The other thing that could have made our flight better was a little advance planning. Oh, I know I’m always talking about that, but hear me out. Whether you’re flying with children or grandparents, or just friends who need a little extra care, these few planning steps can help:

Bring more food than you’ll need. Because you never know when your flight will be delayed or stuck on the tarmac for hours. Good food is hard to find on a plane, on many flights it’s expensive, and on some, food is non-existent. If you have dietary restrictions, you might have to go without food for the entire flight — and that adds to the stress.

Entertain them. A flight goes better when you bring the digital pacifier and plenty of movies. Not for the kids — for you. (I’m half kidding.) Seriously, you can’t force them to look out the window the entire time. They will make you pay for it later. So distraction is key to a smooth flight.

When it comes to flying, families often fail to adequately plan their flights or schedule a route that works best for them. They also don’t pay enough attention to their health and well-being while they’re in the air. But you don’t have to take that flight path.