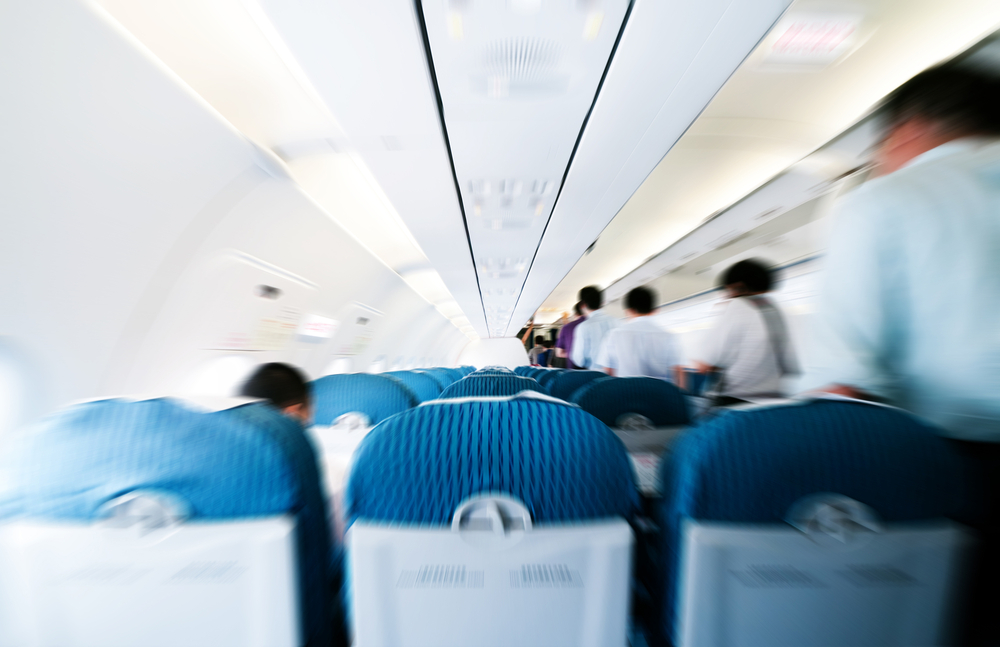 Shortly before Deb Knapp flew from Fort Lauderdale to Johannesburg on Delta Air Lines, she made a troubling discovery: The “comfort” coach seats for which she’d paid an extra $358 had been changed. On the transatlantic flight, the airline re-seated her two rows away from her husband, James. It was his birthday.

A Delta representative explained she could always downgrade to regular economy class and sit next to her spouse. But as they were going on a 15-hour flight, she preferred to have the same amount of legroom as a standard economy class seat used to have — you know, before airlines started taking away our personal space and trying to sell it back to us.

“I don’t want the moon,” says Knapp, an office manager from Fort Lauderdale. “I just want to be able to sit next to my husband in comfort coach for our long flight to Johannesburg.”

Ah, musical chairs. This isn’t a new airline game, but they seem to be playing it more frequently. The reasons are not as important as the remedies. Airlines earn big money from seat reservation fees, which used to be included in the price of your ticket, but they also routinely change seat assignments. The most common reason? Switching out one aircraft type for another. Of course, passengers don’t have a right to a seat assignment, even when they’ve paid for it, so they have to accept the new seat.

It’s difficult to know exactly how much airlines make from seat-reservation fees, but we might soon. A proposed federal regulation would require domestic airlines to report revenues from seat assignments. But that rule, if adopted, would not yield any publicly available information until next year at the earliest.

Delta answered Knapp’s inquiries, pre-flight, with a puzzling response. An airline representative said it was required to block certain seats under the Americans With Disabilities Act, which was why they were moved. Delta added that it couldn’t guarantee seat assignments, even though she’d paid for them. After several rounds of e-mails, the airline told her it had made its last, best offer and would stop responding to her.

Airlines shuffle passengers around for all kinds of reasons, and not just before a flight. After Sean Carney boarded a recent American Airlines plane from Philadelphia to Albuquerque, a flight attendant asked him to switch his aisle seat with another passenger. Carney, a writer who lives in Philadelphia, wanted to know why, since he preferred the aisle seat. The passenger had a fear of heights, explained the crewmember, and “didn’t want to be reminded” of how high the plane was. He agreed, reluctantly.

Perhaps the second-most common reason to ask a passenger to move is to accommodate those other air travelers who want to sit together. Airlines seem to regard this desire to be with the person you’re traveling with as either an inconvenience or a profit opportunity. In Eric Katzman’s case, it was the former. Just before he and his family flew from Buffalo to New York City, Delta eliminated their seat reservations.

“My carefully planned seat choice, months in advance, was no longer available,” he recalls. “I was told we would get our new assignments at the ticket desk upon check-in.”

But that didn’t happen. The employee at first refused to assign his family seats together. “After showing him a baby, finally, they put us in the last row of a small jet,” says Katzman, who works for a communications agency in New York.

Sometimes, the game of musical chairs ends well. TV correspondent Kimberly Button flew from Orlando to Amsterdam on United Airlines recently. The airline canceled her outbound flight because of bad weather, and she assumed her preferred seat assignments in Premium Economy would vanish with her reservation. But neither of them did. United not only found a faster way to get her to the Netherlands, but it also gave her a seat in the same section instead of downgrading her to the tighter economy class seats. And that wasn’t all.

“I was shocked to see that United actually refunded my Premium Economy purchases on my credit card after reassigning me on my flights,” she remembers. “To this day, I still marvel at the fact that they gave me my money back, but I’m thankful for it.”

Knapp’s flight to South Africa finally had a happy ending, too. After I contacted Delta on her behalf, the airline decided it had something more to say. “A Delta representative called me and informed me that my seats had been changed back to the original two seats we had in Comfort Coach,” she says.

No one’s suggesting that musical chairs should be banned. After all, planes sometimes have to be changed and passengers may need to be re-seated. But is it asking too much for airlines to accept a little responsibility when they do? A prompt refund of any seat reservation fees isn’t enough. Airlines charge us $200 when we change our itinerary. Shouldn’t the same rule apply when they fiddle with our reservations?

How to avoid losing your assigned seat on your next flight

Check your reservation. Airlines don’t always notify you of a change in seat assignment. Double-check your seat assignment at least a week before your flight. If it’s changed and you don’t like the new one, contact your airline.

Ask about your options. Besides re-seating you on the same flight, try persuading the airline to change your ticket to a different flight with more seat availability. Find out about all your options before deciding what to do.

Board and negotiate. Flight attendants can re-seat you in the same class of service, subject to availability. Ask them when you board, as a last resort. Don’t forget to mention that your seat assignment changed against your will.