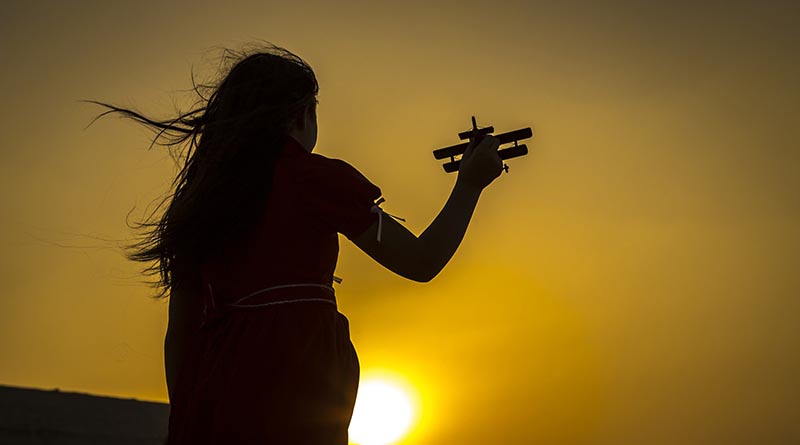 If the thought of flying with children raises your blood pressure, take a deep breath. You have company.

In survey after survey, airline passengers say kids – especially the misbehaving, seat-kicking kind – are their top annoyance. There’s also no love lost between parents and airlines. Family travelers gave the airline industry a C+ in a recent NYU study.

It’s all about to ratchet up a notch at the start of the busy holiday travel season. Interestingly, parents and parenting experts say the old rules about flying with kids no longer apply. Air travel is more stressful than ever. Everyone has to plan for a mid-air confrontation, not just parents.

“Airplane travel isn’t fun for anyone,” says Julia Simens, a clinical psychologist and author of the book “Emotional Resilience and the Expat Child.” “Knowing when your child might act up or get loud or annoying is very important for flying now.”

Why the old rules no longer apply

So what’s changed? The flying experience has become so much more difficult for families, experts say. Add that to the discomfort of flying in an overbooked cabin, and the results can be combustible.

“Children may display loud, irritable or unhappy behavior during a plane ride because they are uncomfortable,” says Stan Spinner, chief medical officer of Texas Children’s Pediatrics.

It’s not just some young kids who are uncomfortable with ear popping or motion sickness. It’s the added stress of their parents worrying about being able to sit next to their kids on the plane.

Many airlines charge extra for assigned seating. If money’s tight and parents refuse to fork over the seat fees, they may be separated from their offspring. (Congress has passed a law that requires airlines to seat families together. Unfortunately, the Department of Transportation hasn’t created a required rule yet.)

Savvy parents are treating the flying experience as what it is – a full-blown crisis waiting to happen. Some have even resorted to deep breathing exercises to keep calm. That’s the advice of Nadia Sabri, a pediatrician and parenting expert from Austin, Texas.

“Focus on taking a deep breath in, exhaling the tension out,” she says. “I recommend getting the kids to join. Using silly names like ‘warrior breath’ or ‘dragon breathing’ gives fun imagery to kids and is a great way to get them involved.”

You’ve probably seen adults do the “breathe in” and “breathe out.” But kids? That’s new.

Prepare for flying with children – and adults

Another surprise is the amount of planning that goes into a flight during these times of heightened stress.

Daniel Bagner, a psychology professor in the Center for Children and Families and director of the Early Childhood Behavior Lab at Florida International University, says everyone – parents, kids and other passengers – must file a flight plan.

“The old adage from the Boy Scouts – ‘Be Prepared’ – rings true,” he says. “Parents should plan for ways to keep their children confined to a seat for what may seem like an eternity.”

Parents have a big role to play in reducing bad behavior by bringing enough food, a change of clothes and entertainment for their children to last until they reach their destination.

“Air travel can be extremely stressful on parents,” she says.

You could still fail

Even with the most meticulous preparation, you should still prepare yourself for failure, pros say. That’s because you can’t control what other passengers and their kids do.

There’s a physiological reason why kids, and especially young kids, don’t fly well. Children under 3 have a safety detection system around the hippocampus, explains Sanam Hafeez, who teaches at Columbia University and is the mother of twin toddlers.

“When they’re in a high-stress situation, like an airplane ride, they get triggered,” she says. “They also may feel confined, which gives them anxiety. To soothe themselves they start to kick the seat in front of them.”

As readers have pointed out, adult passengers can be even worse when crying, seat-kicking toddlers confront them in midair. It might be accurate to say that kind of behavior brings out their inner child. The result is confrontations waiting to happen, maybe involving you.

It all adds up to one inevitable question: Is being confined to a pressurized aluminum tube under such conditions worth the trouble? Now, more than ever, responsible parents should ask themselves if they should skip the plane and drive. And the rest of us should maybe take up yoga – and buy a nice pair of noise-canceling headphones.

Throw out these rules for flying with kids

• Limits on devices or snacks: “Home rules regarding devices, snacks and/or any other entertainment should go out the window during a flight,” says Eva Van Brunt, a frequent flier and mother of two. “This flight is no longer about you, or your family, or teachable moments. This flight belongs to everyone – and so if being on an iPad for five hours straight with gummy bears in one hand and a juice box in the other is gonna keep your kid happy and quiet, so be it.”

• Other people’s kids: “Come prepared with an inexpensive favorite kids book,” says Sharon Schweitzer, an etiquette expert and a frequent international traveler. “When you see that you are seated next to a child, give them the book. The idea is to befriend them early on so they are less inclined to act out and interrupt you during the flight.” Schweitzer advises asking the parent first if it’s OK for you to give their child the candy or book.

• Breastfeeding: Drop your attitude toward breastfeeding in public, advises Katie Foss, author of “Breastfeeding and Media: Exploring Conflicting Discourses That Threaten Public Health.” “Recognize that mothers have the right to breastfeed on airplanes,” she says. “It’s a win-win. Breastfeeding babies and toddlers on airplanes is an easy, healthy way to make them feel better and to stop crying. Breastfeeding will help make the flight quieter for everyone.”