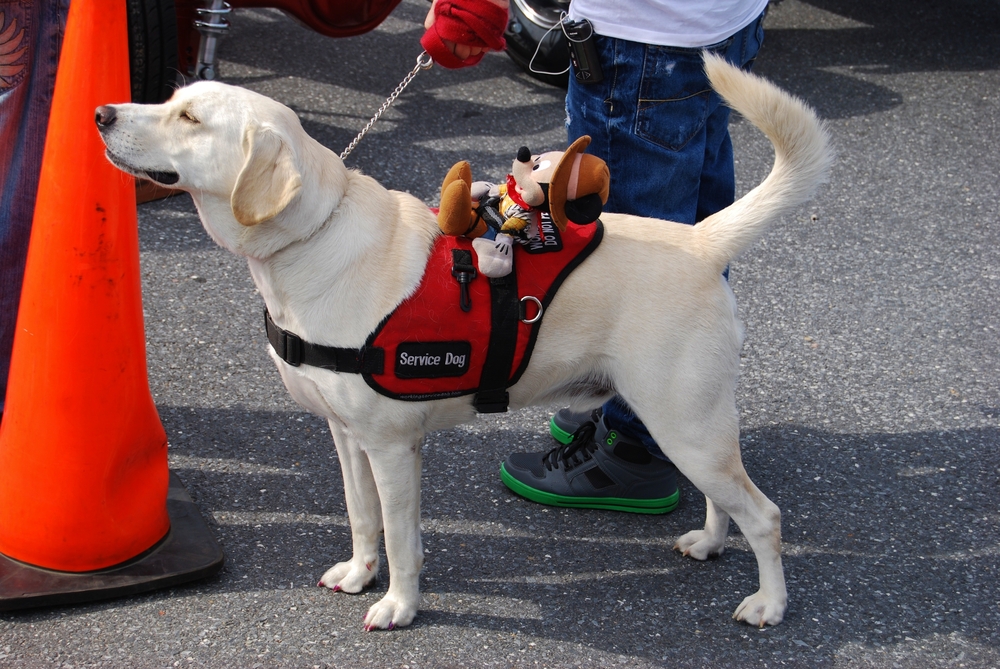 United Airlines won’t let Chris Kielich’s service dog board a flight to London. Can it do that?

Question: I was supposed to fly to Heathrow last night on United Airlines, but the airline wouldn’t let me on because of my hearing service dog, Aubie. I’m so upset.

Per its website, last week I called United about Aubie and was told I could either send the airline all her international passport information before the flight or bring the paper copy to the check-in desk.

After the vet gave Aubie the final pill she needed to get her pet passport, I emailed all her information to United. I also emailed the U.K. authorities and got their written permission to bring Aubie into the U.K. They agreed to meet me when my flight arrived to clear us through customs.

I arrived yesterday at Dulles International Airport at 3 p.m., and a United Airlines desk manager said that Aubie couldn’t fly, then kept changing her story about why. First, she said I should have filed Aubie’s medical paperwork with them seven days before the flight.

I said I couldn’t do that because Aubie’s health certificate paperwork had to be done closer to the day of the flight. Then she said United needed the paperwork 48 hours before the flight. I told her I had called United specifically about that and the airline never told me that.

The soonest United can fly me to the U.K. is two days from now. I’m out two nights at a hotel, the price of a play I made reservations for (the only captioned night) and two whole days of my trip. I did everything United and the City of London told me to do, and they still wouldn’t let me on the plane. Can you help me? — Chris Kielich, Alexandria, Virginia

Answer: You did everything you were supposed to, but still couldn’t board your flight. When it became clear that you followed all the procedures, United should have made this its problem — not yours.

This case is particularly puzzling given the special attention the Department of Transportation pays to the needs of disabled travelers. It even has a special category for disability complaints. I can’t imagine United not bending over backward to get you on that plane with Aubie.

Your case required a real-time resolution, so the conventional approach — sending an email to United and waiting for a reply — was not going to work. Otherwise, I’d recommend reaching out to one of the United Airlines executive contacts listed on my site.

United’s published policy is clear on this issue: Trained service animals are allowed in-cabin to accompany qualified customers with disabilities. United has a special “service animals” section on its site, which you appear to have followed.

This shows the importance of paperwork, particularly on a special request such as traveling with a service animal. You argued with a United representative over the airline’s service animal policy. Having that policy handy when you tried to check in, either as a printout or on your personal electronic device, might have helped move this along. I wasn’t there when you tried to check in, so I don’t know what was said, or wasn’t said. But I do know that there’s no substitute for having something in writing.

I contacted United on your behalf. You received a message from the airline apologizing for its “disservice,” and it rebooked you on a plane the next day.