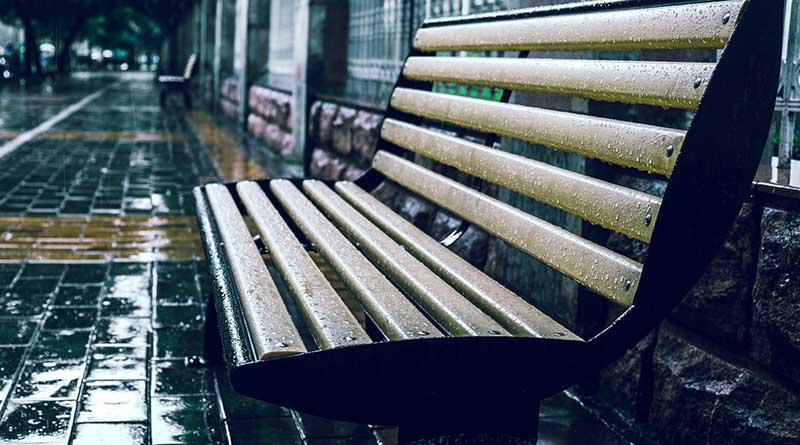 Jennifer Brown arrives late in the evening to an isolated, southern Canadian bus station and finds the building closed. She waits outside in the cold with a small crowd of fellow travelers, but her scheduled Greyhound bus never shows. Now she wants to know why Greyhound stranded her and refused to refund her ticket.

Last August, Greyhound stranded ten passengers for several hours outside the Banff, Alberta, Canada bus station. We were waiting for the departing 9 p.m. Greyhound bus. The station was closed, and the bus never showed up.

The temperature was 46 degrees Fahrenheit and it was raining. We had no shelter. Further, two different groups of men who had been drinking actively harassed us. Again, we had nowhere to go. We called the Royal Canadian Mounted Police and they were unable to assist us.

Finally, around 12:30 a.m., we found another bus company willing to transport us back to Calgary. We had no other option.

In September, I wrote a certified letter to one of the Greyhound executives who you have listed on your site. Also, I copied their head of Canadian operations and legal counsel.

I have the complete list of passengers, including names, reservation numbers and, in most cases, I also have email addresses.

My desired resolution is, at a minimum, a refund for the bus tickets. Also, ideally, about $100 extra per person. That fee is the cost per ticket that the other bus company charged to get us back to Calgary.

I appreciate that I’m probably too late. In a fit of cleaning, I tossed the certified letter receipt. I do have a copy of an email I sent to the other passengers. At this point, I would just be happy to receive reimbursement for the ticket itself.

The value I’m noting here ($1,750) is a guess based on the average price of a ticket plus $100 per passenger. As a new reader of your website, I realized perhaps you could help us. Can you?  Jennifer Brown, South Orange, N.J.

What an unpleasant experience. When Greyhound stranded you in a remote location, it should have quickly responded with an explanation and a refund.

But you told our advocacy team that Greyhound entirely ignored your complaint. You received no response.

Greyhound’s lack of explanation, refund or apology was puzzling.

However, once our advocacy team reviewed your paper trail, it wasn’t hard to pinpoint what had gone wrong.

As a new reader to our site, you previously had not been acquainted with our self-advocacy guidance.

Self-advocacy is a bit of an art form. You need to be able to step outside of your own problem and present your complaint in a succinct, calm, non-accusatory way. This approach can be challenging when you feel strongly that a company has done you wrong.

And you had been wronged by Greyhound. No doubt about it.

You purchased a ticket expecting to be comfortably transported by Greyhound from Banff to Calgary in a little over an hour. Instead, your evening turned into a freezing nightmare of drunken harassment and endless waiting.

It’s no wonder that when you arrived home, you wrote Greyhound a complaint letter that expressed your outrage. But the letter probably did more harm than good for your cause.

To help our readers navigate their own problems Christopher has written a helpful article giving specific tips on how to write the “best” complaint letter.

By the time you had finished reading our guidance, you had realized that you had made a grave mistake in your initial request for help.

What had you done? On your very first request for a refund, you threatened legal action and copied Greyhound’s legal department.

A tactic that never works

In threatening legal action you virtually guaranteed the company executives would ignore your letter. The legal department takes over when threats of lawsuits arrive. In fact, many times a company will ignore our advocacy attempts once a consumer has threatened legal action.

The second problem with your quest was the “class-action” approach that you took. While it’s noble of you to want to get a refund for all of the passengers that Greyhound stranded, this complicated your complaint.

Sending your monetary request on behalf of ten virtual strangers and threatening legal action are likely the two factors that led to the lack of a response from Greyhound.

Unfortunately, your letter read as if you were representing (legally) this large group of passengers. But you really can’t represent those other travelers. Ask Jane Schwam how this group-approach backfired on her when she tried to advocate for 100 fellow cruisers. The cruise line simply rejected the entire request. You have a much better chance approaching your problem with a company on a personalized level.

And we don’t advocate third-party cases. Those other stranded passengers did not request our help or give us permission to advocate their case.

But we can help you.

My colleague, Dwayne Coward, contacted Greyhound on your behalf and requested your refund. And just like that, Greyhound resolved your case. You let us know that the bus company refunded your original ticket and even sent a goodwill gesture to cover the cost of your replacement transportation to Calgary.

What is still a mystery, though, is why Greyhound stranded you in the first place.