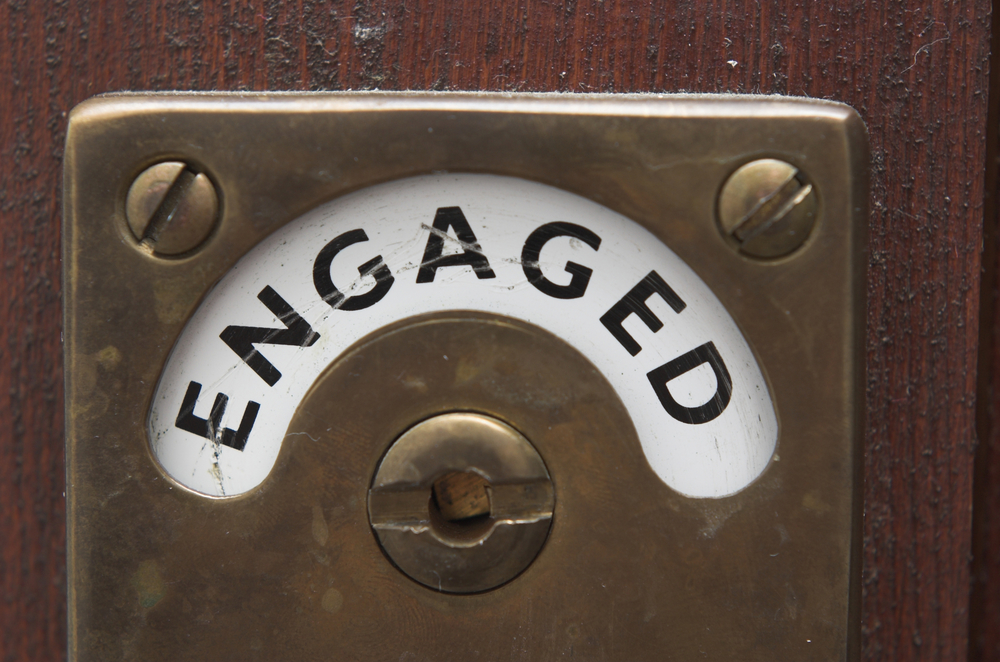 United Airlines flight 6260 from Los Angeles to Bozeman, Mont., experienced a little mechanical problem on July 2. One of the bathroom doors jammed on the Bombardier Regional Jet 700 operated by its codeshare partner SkyWest, and Barry Freeman was the unlucky guy trapped inside.

Freeman and his lawyer recently contacted me with their story and to ask if the compensation United had offered was sufficient. If not, they wondered, could I do any better?

Well, it just so happens that on most Tuesdays, I write a feature called “Is this enough compensation?” With your help, I’m happy to ask — and try to answer — that question.

Here are the details: About half an hour into the 2 ½-hour flight, Freeman got up to use the restroom. He explains what happens next:

I could not exit the restroom (which is a small compartment) due to a failure in the locking mechanism.

I commenced banging on the door and kicking the door (notwithstanding significant back surgery in December of 2012). I could not open the door, nor could the steward. Being confined in this tight compartment with the smell was certainly unpleasant, let alone nausea and anxiety producing.

There is no device available in this situation to force the door open and my consistent kicking and hitting the door was useless. As it turns out, the cause for this situation may have been the failure to maintain the locking mechanism, which had corroded and would not function.

Attempts to break open the door continued for almost half an hour, to no avail. Then, shortly before landing, they handed an axe to a former fire chief from Torrance, Calif. (seriously — I’m not making this up).

“The upper portion of the door was pried open and I was able to climb out,” says Freeman.

The plane diverted to Salt Lake City, where Freeman was met by five paramedics — an experience he called “humiliating.” Eventually, United found a new plane and got everyone to Bozeman.

But Freeman was unhappy.

He says although the crew was cooperative, no one from United followed up or showed any concern for his well-being or offered any accommodation for the trauma experienced. When he complained to United, it offered a $150 flight voucher, but asked him to sign a release. He didn’t.

“This was insulting and obviously [we] declined and we will proceed to litigation if this cannot be amicably resolved,” he says.

I also heard from Freeman’s lawyer, Michael Dempsey, who reiterated that a $150 flight voucher wouldn’t cut it.

“I will recommend he settle for two first class tickets on United from LAX to London, and return,” Dempsey told me. “If you can help resolve Mr. Freeman’s claim, he would be grateful. Otherwise, we shall proceed.”

So what should I do here? On the one hand, the first-class-ticket-anywhere-your-airline-flies is a little bit of a cliche, but on the other hand, this guy spent almost the entire flight locked in the bathroom. Technically — and I mean that in the most generous sense of the word — United fulfilled its contract of carriage, transporting Freeman from Los Angeles to Bozeman. But under what circumstances?

Dempsey and his client could file a negligence action in state court, likely in the California small claims division where Freeman would be limited to $10,000 in damages, but it would be an uphill battle according to one of my editors who happens to be a lawyer.

Parenthetically, this isn’t the only “locked in the bathroom” passenger that threatened to go all litigious. Here’s a British Airways case where emotional damages were claimed, but eventually dismissed.

I think all of this could have been avoided if the airline had bothered to call or write and show just a little bit of concern for a passenger who by all accounts had a dreadful flight.

So should Freeman take the money and sign the release or take United to court?

142 thoughts on “Is this enough compensation for being locked in the bathroom?”