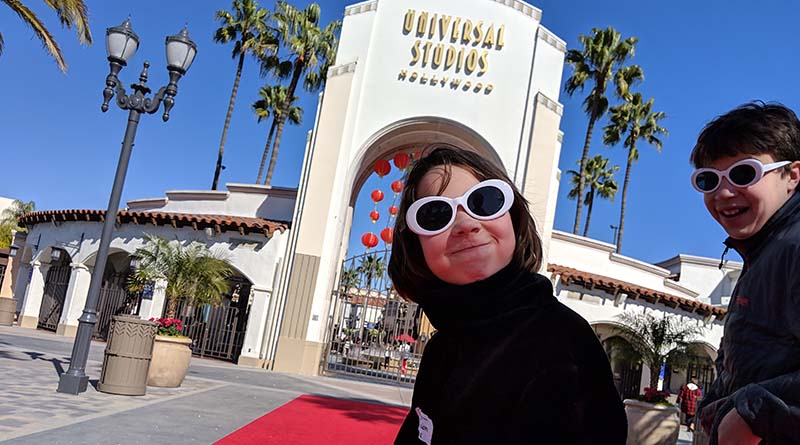 You’ve probably read one or two travel stories that advise you to become a vacation contrarian. By zigging when everyone else zags, you can save money and avoid crowds, they claim. But that could be a serious vacation mistake.

I know because I’ve taken that advice.

Look carefully at the photo at the top of the page, taken this February in Los Angeles. Notice what my kids are wearing? One has a fleece, the other a down jacket. It’s in the low 50s, which is ridiculously cold for Southern California. The kids are not happy with the weather — or with their contrarian dad.

So let me revise one of my most reliable pieces of travel advice, which is to be a contrarian. Think before you make a U-turn and run in the other direction. Otherwise, you could end up freezing in Southern California or washed away in Arizona. Don’t make a vacation mistake.

I lived in Southern California for four years, and I knew that coming to Los Angeles in February was a hit-or-miss proposition. A “hit” would be 80-degree temperatures and clear, blue skies. Maybe we’d get a dusting of snow up in the San Bernardino mountains, but otherwise, it would be perfect. And fewer visitors, since, well, it’s winter. A “miss” would be rain and cold, because well, it’s winter.

We had a miss. And not just a little miss — a spectacular miss. It rained. It was cool, and then cold. And then in late February, it snowed.

Instead of roaming Southern California in T-shirts and shorts, we bundled up as if we were hitting the slopes. That’s not even an exaggeration. My oldest son, Aren, wore his ski clothes all month. We made it to Universal Studios Hollywood and the Warner Brothers Studio Tour. But looking back, it was a surreal experience. There are photos of blue sky and palm trees and kids in ski jackets, and it looks wrong. And the kids weren’t terribly happy, either.

Wherever we went, people apologized about the weather. “It’s not usually this cold,” they’d say. I know, but it’s just our luck to have snow in Rancho Cucamonga. I lived in the inland valley for years and it never snowed.

Vacation mistake 2: Not listening to the wisdom of the crowd

Last year, we ignored the wisdom of the crowds and moved to Sedona, Ariz., for two months. Sedona is beautiful year-round, but there’s a reason no one wants to be there in July and August. It’s called the Monsoon season.

If you’re in Sedona to hike, as we were, then it might have made sense to pay attention to the warnings. Sudden, violent thunderstorms accompanied by occasional hail are common. If you’re out on the trail — as we were a time or two — there’s no protection and you must endure being pelted by ice. And did I mention the flash floods? Yeah, they have those, too.

I wouldn’t necessarily stay away from Northern Arizona during the Monsoon season, but I’d advise anyone who wants to be outdoors to head indoors in the afternoon, especially when there’s a chance of rain. Because when it rains, it rains.

Vacation mistake 3: Hey, where is everyone?

Driving through Wyoming in early fall is beautiful. The trees are changing from deep green to orange and yellow. The weather is cool. And the summer tourists are gone.

And that’s a problem when you’re in a place like West Yellowstone, which is almost entirely dependent on tourism. Ready or not, the town shuts down in September. At least that’s what happened when we visited a few years ago.

That’s the thing about being a contrarian. When you go the opposite direction of everyone else, you sometimes end up alone. My advice almost worked; if we’d come to Yellowstone in the late summer, maybe just after Labor Day, we would have had the best of both worlds: an uncrowded park and a West Yellowstone with every business open.

Still, I like the wide open roads of Wyoming and the vast spaces of Yellowstone during the offseason. I would do it again, but I’d probably try to prepare the kids about what to expect. What do they remember about Yellowstone? Isolation, early winter and boredom. I think it’s so much more interesting than that.