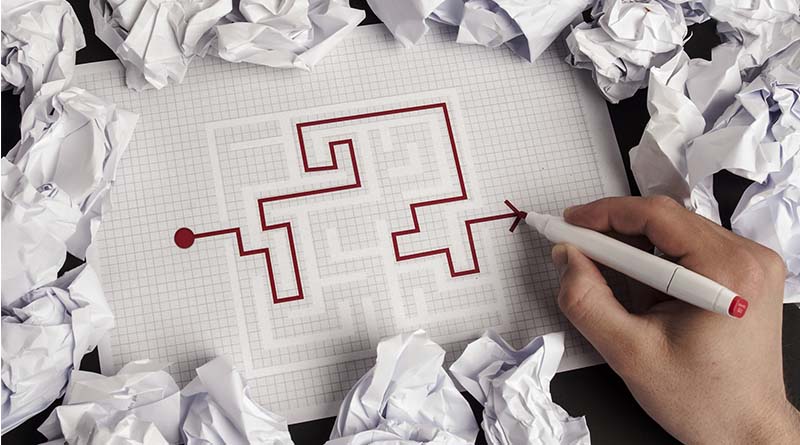 Alan Mileski has a Freedom Mortgage problem that’s making him feel trapped in a maze of bureaucracy and scripted responses. The solution should be so simple, but weeks of trying have left him frustrated. Is there a way out?

This appears to be a simple case, but it isn’t. Mileski’s problem shines a spotlight on the power and influence of credit reporting agencies. It also shows a darker side to automation and explains why my advocacy department has been working overtime.

“Freedom Mortgage has reported a missed payment on my credit report,” he explains. “My FICO score took a 79 point hit because of this.”

Why did Freedom Mortgage report a missed payment?

“They had the funds,” he says, “but they listed it as unapplied. They reported it as missed.”

I asked Mileski to send me the paper trail between him and Freedom Mortgage so that I could get the unabridged version.

He’d received a notice from Freedom Mortgage that because of an escrow shortage, his mortgage payment had increased by $70. But he failed to pay the new rate in January — “a hurried mistake by me,” he says.

Mileski estimates his damages at $2,700, presumably from having to pay higher interest rates later. For now, though, he’d like to find a way to make this Freedom Mortgage problem go away.

The mortgage company has a slightly different take on the issue.

“You state that you made your payment for January 2019; however it was not applied to your account,” it said in a written response. “You also state that Freedom Mortgage reported that you missed a payment to the credit bureaus. Further, you are requesting that we update your credit report to at the very least show a partial payment was received timely.”

Our records indicate that your payment was due to increase with your December 2018 payment because of an escrow shortage and you were notified of this change on October 11, 2018.

The payment that was received on December 14, 2018, was the full amount that was needed of $2,532.66 and was applied to your account accordingly.

On January 14, 2019, a payment was received totaling $2,461.80, and because it was not a full monthly payment, it was placed in suspense. As indicated on your monthly billing statement any funds received that are less than a full periodic payment may be applied to your account, promptly returned to you, or held in a non-interest-bearing account until enough funds are received to apply to a full periodic payment.

And what about that letter?

We have reviewed your account and unfortunately, we are unable to amend the credit reporting, as this would be a violation of the Fair Credit Reporting Act. We are required under the Act to accurately report a borrower’s payment history when they are received.

The terms of your note and mortgage state that payments are due on the first and will be reported late if not paid within the month that they are due. If you have any further questions regarding this matter, or if you feel that we have not answered your concerns satisfactorily, please feel free to contact me directly.

Reality check: Mileski didn’t miss a mortgage payment. He underpaid by $70. Shouldn’t there be some kind of mechanism to fix that without involving a credit reporting agency?

How powerful are credit reporting agencies?

This case brings up an interesting question: Have the credit reporting agencies become too powerful? I mean, is it fair that a $70 mistake could potentially cost someone $2,700?

But would a 79 point hit cause all that havoc? It’s hard to say because I don’t know Mileski’s credit score. It might.

I deal with worried consumers like him every day. They’re scared that Experian, Equifax or Transunion — the three major reporting agencies — might ruin their lives. Or, more specifically, that a vindictive company might report them to one of the agencies, and that the agencies will then broadcast their credit unworthiness to the rest of the world.

If you want to do a deep dive into this topic, you should check out John Oliver’s recent segment on the power of reporting agencies.

As a consumer advocate, I’ve long been troubled by the way unscrupulous companies wield the credit reporting agencies as a weapon to get their way. Whether it’s a car rental agency forcing you to pay for damage someone else did or a cell phone company that’s trying to coerce you into paying a massive bill with roaming fees, the threat of a negative credit report freaks people out.

Despite a 2015 settlement agreement with the three reporting agencies, which was supposed to improve the accuracy of credit reports, consumers remain afraid.

Want to fix a Freedom Mortgage problem? Rules are rules

Mileski tried to resolve this problem by calling and writing. He kept getting form responses that cited Freedom Mortgage’s policy, but never really addressed the issue. An innocent error had snowballed into a federal case. Freedom Mortgage’s rules had made the problem worse, and now it seemed unsolvable.

A look at Freedom Mortgage’s reviews suggests there are a lot of unhappy customers out there — some with problems similar to Mileski’s. If I only read the Yelp reviews, I might conclude that Freedom Mortgage loves to give scripted answers to your questions and almost enjoys throwing the book in your face. But you can’t believe everything you read, right?

By the way, Freedom Mortgage lists the names of all of its executives on its site, but you have to do a little digging. Email addresses follow the format [email protected] So the CEO’s address would be [email protected] or you could just send him a friendly note through his LinkedIn profile. I’m not sure if this case rose to the level of getting the CEO involved, and even if it did, it would be a little while before it escalated to that point.

Freedom from this Freedom Mortgage problem

Although Mileski made a small error, I felt the company should work with him to find a way to address the underpayment. Roping in the credit reporting agencies crossed a line. After Mileski contacted our advocacy team, I got in touch with Freedom Mortgage on his behalf.

Freedom Mortgage agreed to submit a new report to the credit reporting agencies that noted he had, in fact, paid his January mortgage. It should never have come to that, but if it did, then Mileski should have been able to fix it with a quick phone call. Maybe next time, Freedom Mortgage?