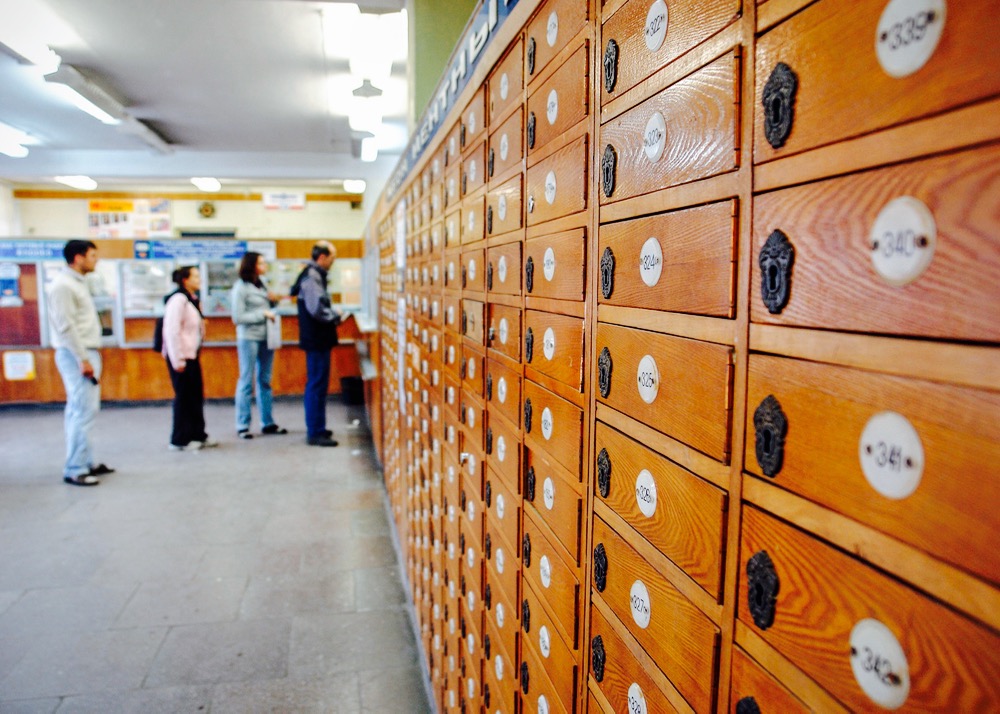 When Diana Lee Craig cast off on the Oceania Riviera’s 10-day Eastern Caribbean cruise, there were no surprises. The ship left Miami as scheduled, stopping in San Juan, St. John, Punta Cana and Nassau, before returning to Florida.

The shock came after she returned home. Gradually, the mailbox of her Sonoma, Calif., winery began to fill with unwanted brochures. First, there was a glossy Oceania flyer promoting sailings in Alaska, the Mediterranean and Asia. But soon more arrived from other cruise lines and tour operators — all vying for her future business.

“Now I receive the brochures almost daily,” she complains. “I have no intention of going on a cruise ever again. Whenever cruise trips come up in social conversation, this — these brochures — seem to be a huge problem.”

Oceania automatically adds customers to its mailing list after they book a cruise. A cruise line representative said most passengers enjoy receiving the pamphlets, and that it leads to repeat business.

“Guests can certainly opt out of our mailings at any time, either via the website or by contacting us directly,” said Oceania spokesman Jason Lasecki.

But Craig will almost certainly continue to receive brochures. The reason: Other parties, such as her travel agent, may have sold her mailing address to a third party. She’s probably on everyone’s mailing list now because she lives in affluent Sonoma County and is tagged as a hot prospect for booking a luxury cruise.

While there are several ways to remove your name from these lists, they take time and effort. Her case, and others like it, highlight the inadequacy of federal laws and voluntary compliance by an industry that sometimes doesn’t seem to know when enough is enough.

Jay Acunzo, a Boston marketing consultant, says the assault on Craig’s mailbox is a sign of the times. “Marketing has a long history of convincing itself that non-marketers actually enjoy marketing,” says Acunzo, who is the founder of Unthinkable.fm, a podcast and radio show exploring creative intuition in marketing. “That’s simply not true.”

Travel companies that automatically add clients to their lists are betting they’ll get their repeat business by carpet-bombing them with offers. This only works for a small percentage of customers, but that’s still enough to make it worthwhile to advertisers.

Although the American Society of Travel Agents (ASTA), a trade organization for travel agencies, has a clause in its ethics statement that prevents agents from disclosing any information “without permission of the client, unless required by law,” it’s relatively easy for customers to inadvertently opt in online. No one reads the fine print on those terms and conditions, anyway. That allows a travel adviser to freely share or sell a client’s address to a third party. (An ASTA spokesman said he could not recall any guidance on email marketing from the organization.)

Transmitting unsolicited email messages is restricted by federal law, but sending brochures through the Postal Service isn’t. “We have no control over the selling of mailing lists by other organizations,” says Darleen Reid-DeMeo, a spokeswoman for the U.S. Postal Service.

According to Ken Kosky, the promotions director for Indiana Dunes, a popular vacation area on the southern tip of Lake Michigan, there is an unspoken industry standard on this issue. “People must opt in and request our information,” he says. And even when someone asks for information, there’s a limit. “Our organization only does one additional mailing beyond the initially requested one — the second mailing comes the next year,” he adds.

Apparently, though, the standard is not widely embraced.

There are steps consumers can take to avoid unwanted mailings. The Direct Marketing Association (DMA), a trade group, allows you to opt out of all mailing lists at its site, DMAchoice.org. (It also reminds readers, before they opt out, that direct mail is “critical” to the economic well-being of communities, representing more than $686 billion in sales and supporting jobs at more than 300,000 small businesses across the country. So noted.)

Senny Boone, DMA’s general counsel, said companies that ignore the opt-out list face enforcement actions from the organization, which may include publishing the offending organization’s name in a report. “A consumer should be able to make a choice about direct mailing,” she says. But, she adds, DMA doesn’t support regulating the industry or moving to an “opt-in” rule because it would limit their members’ ability to market to Americans, which would have an impact on the economy.

“I don’t think any company should be able to give your name to any mailing lists,” says Marjorie Yasueda, a retired travel agent from San Francisco.

She recommends two steps for getting off the lists: First, call the company’s 800 number and opt out. Typically, these requests take about a week to process, and you may receive an errant brochure or two in the meantime. Second, use Catalog Choice, an opt-out service run by a nonprofit organization that’s dedicated to stopping junk mail. There’s no charge, and it’s most effective when used in tandem with the DMA service, she says.

Sometimes it works, sometimes it doesn’t. Before asking me for help, Craig registered at the DMA site. She contacted her travel agency four times to ask it to remove her name from its mailing lists and asked Oceania twice to opt out.

Then there’s Carlos Vargas. A retired small-business owner from Chicago, Vargas says he’s inundated with brochures, mostly from cruise lines. That’s not including the often-daily email newsletters they send him. “I wonder why they waste so much money in the digital era?” he said.

His own behavior answers that question. Vargas has booked dozens of cruises through Royal Caribbean, Holland America, Princess and Celebrity. And for all the perceived waste, he hasn’t asked to be removed from the lists, at least not yet.

In other words, the brochures may annoy some recipients — but they work.

But does that make them okay? Should customers like Craig and Yasueda have to take extraordinary steps to keep their mailboxes uncluttered, or is the burden on travel companies to ask for permission to send them brochures? The bottom line: Junk mail, a problem that goes far beyond the travel industry, is almost entirely unregulated. Maybe that needs to change.

Christopher Elliott is the founder of Elliott Advocacy, a 501(c)(3) nonprofit organization that empowers consumers to solve their problems and helps those who can't. He's the author of numerous books on consumer advocacy and writes weekly columns for King Features Syndicate, USA Today, Forbes and the Washington Post. He also publishes Elliott Confidential, a critically acclaimed newsletter about customer service. If you have a consumer problem you can't solve, contact him directly through his advocacy website. You can also follow him on Twitter, Facebook, and LinkedIn, or sign up for his daily newsletter. Read more of Christopher's articles here.
52639