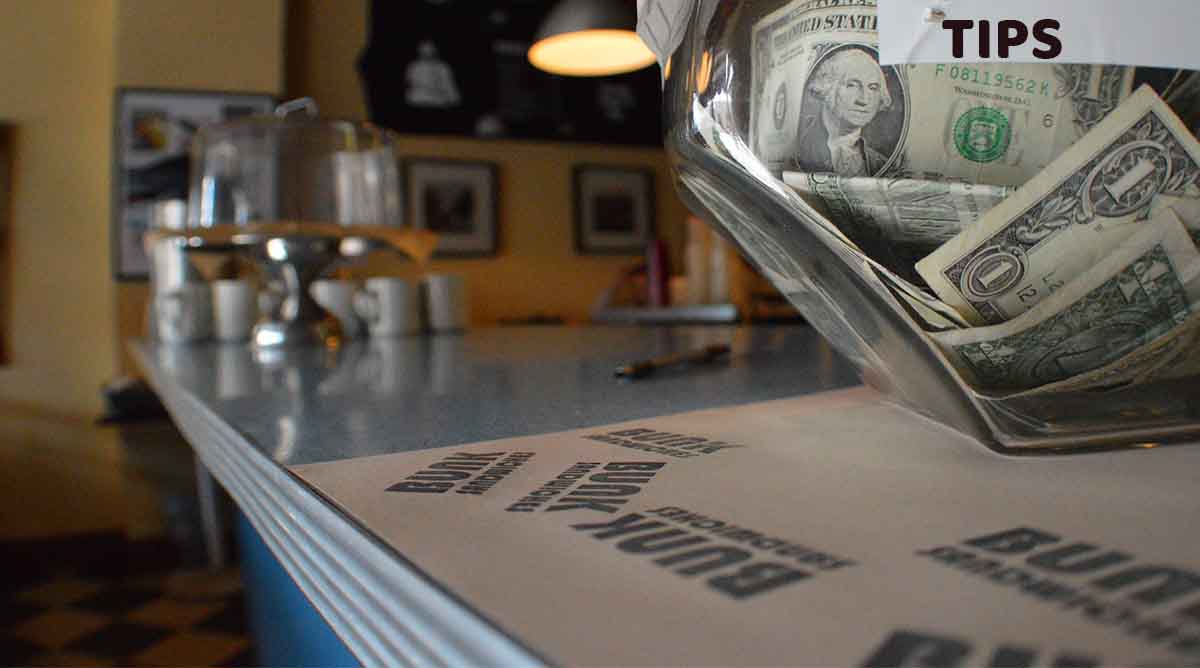 Are you tipping too much? (or not enough) You might be. Here’s how to find out.

Ryan Patterson is an over-tipper. He routinely adds a 25% gratuity to his restaurant bill, “and sometimes as much as 50%, depending on the level of effort expended.”

Why so much? Patterson, a web publisher from Austin, Texas, remembers the days before his success.

“I know how difficult and thankless that kind of work is,” he says. “I also know what a morale boost it can be to receive a great tip. The way I look at it is that an extra few dollars is not something I will even miss, but it might make a huge difference for the person receiving the tip.”

Patterson is part of a small group of travelers bucking the tipping backlash. Instead of tipping less — or not at all — they are tipping more. Their reasons are just as valid as those of the never-tippers. But at the end of your meal or cruise, the question still lingers: Did I tip too much?

Is tipping too much a good thing?

The most common reason that some people say they are tipping too much is that they used to work in the service industry. That’s why Becky Beach, a small business owner from Arlington, Texas, tips between 25% and 30%.

“When I was in college, I worked as a server, so know how hard it is,” she says. “I remember how bad I felt when I did not get tipped. It really hurts the self-esteem and finances of a server if you don’t tip at all. Servers are not paid very much and rely on tips.”

“I grew up working in my family’s restaurant and understand the sacrifice and toll it takes to run a business,” she says. “It’s not an easy job.”

She also says overtipping is a great way to support small businesses.

“I especially feel very strongly about supporting small businesses and will do everything I can to help them,” she adds. “It will be a sad day if our economy is overrun by nothing but corporate chains.”

Some overtippers object to the term

“I object to the term overtipper,” says William Oei, who works for a federal agency in San Francisco. “I tip 20% across the board, even in Chinese family restaurants which rarely see more than 10%. I believe others are undertipping.”

He and other travelers say tipping 20% or more is a way of showing their appreciation for the housekeepers, tour guides and servers who attend to their needs while they travel. In other words, it’s just the right thing to do.

In the view of overtippers — sorry, William — it’s impossible to give too much. The lowest tip they’d leave is 20%, but some never leave less than 25%. It’s not uncommon to see gratuities of between 30% and 50% from these travelers. If you leave tips like that, then you can safely consider yourself in the overtipper category.

“Is there such a thing as being too generous?” says Samantha Lambert, the director of human resources for a media company in New York. “Totally.”

She recalls many evenings when she tipped her bartender way too much — far more than 20%. She says during the “Tip the Bill” challenge on social media a few years ago, she got carried away a time or two.

“Just like buyer’s remorse, there is certainly overtipping remorse,” she says. “I have checked my account after a night of drinking and had a very depressing side effect — the overdraft!”

Overtipping proponents say a generous gratuity is a great way to appreciate underpaid service workers like servers and bellhops, but that you shouldn’t put your personal finances on the line. If you can’t afford to tip, get takeout or skip the tour.

In other words, it’s possible to give too much.

So should you never tip — or overtip?

Look, tipping is as confusing as ever. While some travelers say they’ll never tip, others are doubling down. My views on the topic have evolved. In one of my first USA TODAY columns back in 2013, I advocated for a 25% tip. But since then, tip jars have appeared everywhere and wherever you go, there seems to be an expectation of a gratuity.

The problem is simple: If there’s an expectation of a tip — or an overtip — then what’s the real cost of the meal or hotel room? And what about those automatic tips on cruises? We’ve had that discussion before. (See: This is what happens if you don’t want to tip on your cruise)

In a sense, isn’t tipping giving a business permission to misrepresent its prices?

That creates a budgeting problem for travelers and it doesn’t sit right with many honest customers, who assume that the rate you’re quoted should be the rate you pay.

I respect the overtippers. They’re trying to solve the problem of low service worker wages by throwing money at it. But there has to be a better way. (Christopher Elliott, Elliott Advocacy)