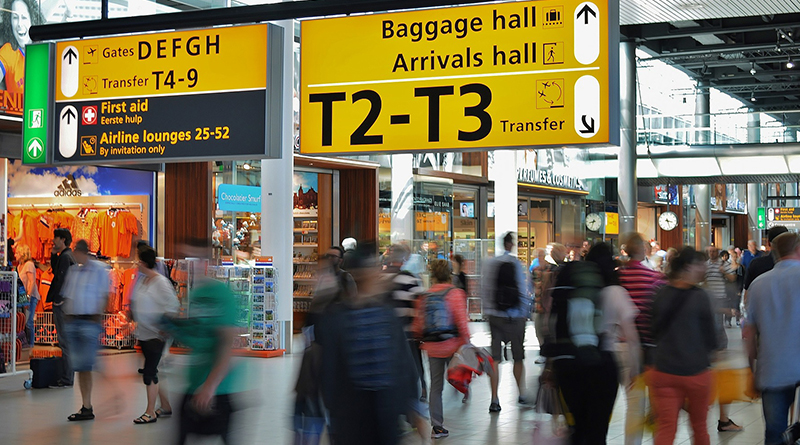 It was a random thought at the end of a recent column about unfriendly TSA agents. “I wonder if the rude agent is a reflection of an even ruder traveler,” mused David Kazarian, a pharmacist from Tampa.

It started a debate with a real purpose.

“I was thinking what you said in the last sentence of your story,” says Maureen Grabowski, a retired travel agent from Fort Myers, Fla. “I believe courtesy works two ways.”

Yes, it does. It also makes you wonder: Who was rude first, the traveler — or the travel employee? And what, if anything, can be done to reverse the steady, downward spiral of manners in the travel industry?

Oh, you want examples? If you read this column every Monday, you know I regularly recount the rudeness of both travelers and the employees serving them. Have you not watched in dismay as David Dao was dragged off his United Airlines flight?

By the way, United won’t face any government penalties for removing Dao.

Who started this? Many travelers assert that the problem began with airlines. Donald Mazzella recalls the golden years of customer service, before airline deregulation, when people still dressed up to fly. Sure, tickets were outrageously expensive, but everyone was on their best behavior.

“By the turn of the century, the original reason for crew — to save lives in a disaster — had given way to herding as many people on board as possible in the shortest possible time and with selling activities in place of service by the crew,” says Mazzella, who runs a consulting firm in Ridgefield, N.J. “Resentment grew on both sides.”

Inevitably, the toxin spread to the rest of the travel industry. Today, the hostility is pervasive, passengers say. “It is almost a guarantee that on certain airlines, you will be treated like an annoyance or nuisance if you do anything but sit quietly and ask for nothing,” says Jennifer Beeston, a mortgage lender in Santa Rosa, Calif.

Some say the blame for these squabbles lies not with one side or the other but with the commercial and societal realities of modern life. Thomas Farley, a New York-based etiquette expert, says heightened airport security, drastically reduced airline amenities and the overall lack of human connection that comes with our always-on connectivity have all led to the degradation in manners. Despite all that, travel isn’t as bad as I portray in my columns.

“I have experienced far more wonderful interactions with fellow passengers and with flight crews than I have witnessed negative ones,” Farley says.

Fair point. But our behavior started to head south long before this column started and decades before iPhones.

“I believe rude travelers are to blame for some of the industry’s bad manners,” says Deric Poldberg, a banker from Omaha. The problem? Travelers are so accustomed to first-class treatment, “they feel like they’re above other passengers and even employees,” he says.

Others say the travel industry, which seems to be in perpetual cost-cutting mode, shoulders some of the blame.

“When the quality of a service declines, customers often get frustrated,” says Brett Helling, the publisher of Ridester.com, a ridesharing site. “They take their frustration out on employees on the front line. When these types of exchanges happen, a sort of negative feedback loop occurs, making for a poor experience for all parties involved.”

Helling ought to know. In addition to running the news site, he’s a driver for Lyft and Uber.

Though the question of who did it first — a greedy travel industry or entitled travelers — may be unanswerable, the fix is less of a mystery (see below). Travel companies, and especially airlines, must adopt a zero tolerance policy toward rude employees. Travelers need to be equally intolerant when their fellow passenger or hotel guest steps out of line. The change has to start somewhere, and that somewhere is looking at you in the mirror.

How to bring civility back

• Do unto others. No matter which side of the counter you’re on, being nice often results in other people being nice back — just as being mean is immediately reciprocated. “Courtesy begets courtesy,” says Grabowski, the retired travel agent.

• Stop the fees and customer-hostile policies. Instead of constantly cutting amenities and making passengers pay for every little extra, such as legroom or the ability to cancel their hotel room in a reasonable amount of time, travel companies need to find other ways to make money. Maybe creating a better product that people will want to pay more for?

• Travel with a company that has better manners. Beeston, the mortgage lender, prefers flying on JetBlue Airways over the major carriers. “They are nice and seem to actually care about their passengers,” she says. Of course, by pre-deregulation standards, even the “good” airlines are just so-so. “Realistically, until airlines stop cramming people into seats like sardines, these issues will prevail,” she says.