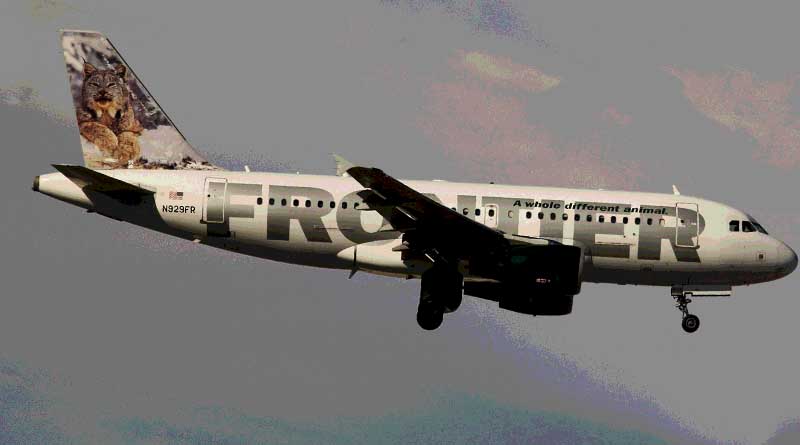 Can you be banned from your airline’s social media account?

That’s not a hypothetical question for Kate Sawma, who was recently blocked on social media by Frontier Airlines during a customer service dispute.

Blocking accounts on Facebook or Twitter is common among social media users. But airlines do it, too. Based on interviews with airlines, other travel companies and travelers, as well as my experience mediating travel disputes, blocking customers appears to be on the rise. Understanding why airlines do it can help you avoid getting on a blacklist and ensure that your next complaint is heard.

“Customer tirades on social media can become so abusive they reach a point at which you need to block,” says customer service expert Chip Bell, author of “Kaleidoscope: Delivering Innovative Service That Sparkles.” “Blocking is not unlike asking an abusive, irrational customer to leave your store. It happens when you determine the emotional cost of serving the customer exceeds the return you are getting or are likely to get in the future.”

Blocking stops you from being able to send a message to a company on social media. Often, but not always, it’s accompanied by the deletion of one of your offending posts. The block is sometimes temporary but usually indefinite.

Why did she get banned from Frontier’s social media account?

Frontier says it blocked Sawma, an accountant from Philadelphia, for a good reason. It had canceled her flight from Chicago to Trenton, N.J. Then it promised to refund the cost of the replacement ticket she booked on another airline and give her a flight voucher within 10 days. But a few weeks later, a representative revised that timeline to four to six weeks. A Frontier representative said Sawma repeatedly contacted the airline via social media, asking for her refund and voucher.

“The activity was interpreted as a spam effort, and an account under the name of Kate Sawma was blocked,” says Frontier spokesman Jonathan Freed. “But we were communicating with our passenger.”

Sawma says her experience with Frontier was frustrating. First, the airline canceled her flight because of a mechanical problem, forcing her to book a last-minute ticket home. Then she says it stonewalled her. “I called the customer service line, and no one answered,” she told me. “I emailed Frontier. No reply.”

Freed says Frontier’s records show that it communicated with Sawma often after her flight cancellation, although he did not say how. The airline says she rebooked her flight incorrectly, using Expedia instead of Tripeasy, a site that coordinates with Frontier for rebooking and reimbursement, to make her reservation. That affected the timing of her refund.

“We appreciate that issues resulting from delays are frustrating and try to address them as quickly as possible,” Freed told me.

Frontier says it eventually unblocked her, and Sawma says she received the full refund.

Why do airlines block users?

Airlines block users for all kinds of reasons. Alaska Airlines, one of the most forward-looking ones on social media, even posts its blocking policy.

“We like conversations on our page, but comments that contain profanity, hate speech, spam or are otherwise offensive will be removed,” it warns. “Out of respect for our employees’ privacy, we reserve the right to hide or remove any post or comment that is disparaging or has negative intent toward our employees.”

Michael Roy, Alaska Airlines’ social care program lead, says blocking a user is rare. “The only time we will ban someone is if they repeatedly continue to violate our social media policy,” he says.

There is no way to know how common customer blocking is in the airline industry. I checked with Facebook and Twitter, and neither would reveal how many users are blocked by airline sites.

Blocks are a necessary evil in the online world. Full disclosure: At Elliott Advocacy, my nonprofit consumer advocacy site, we block some users, too. I don’t have a formal written policy; it’s something my team and I talk about on a case-by-case basis. Bannable offenses include writing offensive or racist comments and intentionally misrepresenting a case. We also have a small list of bloggers on our “banned” list who simply hate everything we write.

Admittedly, the number of travelers who complain about their comments being deleted or blocked from airline sites, or any travel site, is relatively small. But it’s still an important issue.

Why does it matter when an airline blocks you? Part of the issue is the perception among users that an airline’s Facebook or Twitter presence is a quasi-public forum where customers have the right to free speech. Disabling the ability to post on Facebook or Twitter or removing comments can make a user feel powerless.

“Blocking is on the rise because companies are realizing the consequences for irrational, irate customers can be greater than the risk of customer cries of censorship,” says Bell, the customer service expert.

But there’s a downside for companies, too. Blocking a customer can rob a company of the opportunity to learn from candid comments. Over time, that could affect an airline’s ability to help passengers.

How do you avoid blocking? By being polite. Avoid using profanity or typing in ALL CAPS, which is considered yelling. Most of the blocks I’ve seen are the result of passengers losing their cool and bombarding the company’s Facebook page with angry messages. While their anger is often justified, it doesn’t help them meet the goal of a positive resolution.

One more way to avoid banishment

The other way to avoid a block is by being patient. A passenger like Sawma has every right to be upset that 10 days turned into more than a month for a refund, but Frontier grew tired of Sawma’s repeated queries and finally cut her off. A little research on her part would have shown that four to six weeks is fairly standard for refunds and would have suggested that the ticket agent in Chicago had given her incorrect information.

Blocks usually happen without warning, and there’s no way to appeal via social media because the airline won’t receive your messages. But there are other ways of communicating with companies. I publish the names, numbers and email addresses of the executives in charge of airline customer service on my consumer advocacy site. I haven’t heard of an airline blocking customer phone calls yet, nor have any passengers reported that a company bounced emails back to them. And even if they did, there’s still the U.S. Postal Service.

And don’t forget — if you find yourself in a difficult situation with any airline, we’re always here to help.