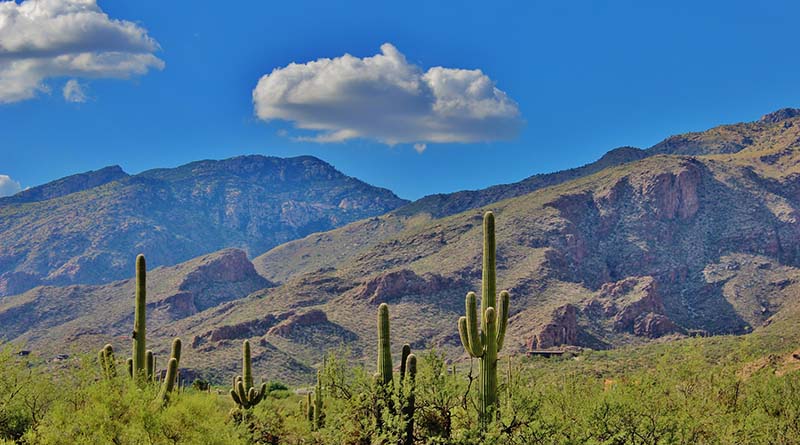 A day isn’t 24 hours. More like 41 hours, as Edd Vinci discovered when he had a Ritz-Carlton problem involving a cancellation and Expedia.

Some hotels allow you to cancel a reservation up to 24 hours before your arrival without penalty. So Vinci, who had booked a night at the Ritz-Carlton Dove Mountain in Tucson, believed he had plenty of time when he canceled his stay a full 41 hours before his arrival.

Instead, Ritz-Carlton marked him a “no-show” and charged him $261. He never darkened the door of the five-star resort and wants his money back. But neither Expedia nor Ritz-Carlton will help him.

It’s highly unusual to see a Ritz-Carlton problem on the pages of this consumer advocacy site. But this one is a team effort with Expedia, and it raises the following question: If there’s such a thing as airline math, is there hotel time?

A day is not 24 hours for the Ritz-Carlton. Or maybe, for Expedia?

They say the days are long in southern Arizona at this time of year, but not that long. So what went wrong?

“I had an Expedia reservation with the Ritz-Carlton Dove Mountain in Tucson back in March,” Vinci explains. “The terms were: Cancellations made after 11:59 p.m. on March 23 would be nonrefundable.”

“That’s a full 41 hours before the cut off time,” he recalls.

Vinci says he notified Expedia of the cancellation, which is the correct procedure. If you book through an online travel agency, you have to let it know.

During the next three weeks, Vinci called and emailed Expedia, asking for his $261 refund.

A few days later, Expedia replied, noting that the initial cancellation “had not gone through” but promising to advocate his refund case.

That’s an interesting choice of words because it suggests that no one is to blame. The cancellation just didn’t happen. But someone is to blame. If Vinci canceled through Expedia and Expedia passed the request along to Ritz-Carlton, then someone somewhere dropped the ball, as they say.

On April 22, Expedia contacted him with some bad news:

We would like to inform you that we already advocated your case to The Ritz-Carlton, Dove Mountain and unfortunately they denied our refund request.

Based on our conversation your reservation to their hotel tagged you as a no-show that is why they will not refund any amount for this reservation. We understand that this is not a favorable one on your end, we unable to override the policy of the hotel.

Your understanding for this matter is highly appreciated.

(Who the heck writes these emails? Is it asking too much to run them through a spell-checker?)

At any rate, Vinci was having none of it. He’d given Expedia ample cancellation notice and plenty of time to fix the problem. He wanted his $261.

So what are the terms Vinci agreed to when he made his reservation? Here they are in black and white:

And there’s also this: If I’ve ever seen a slam-dunk case, this Ritz-Carlton problem is it. Expedia appears to be throwing a customer under the bus. That makes my team and me unhappy.

Vinci could have reached out to our Expedia executive contacts. But he might have also contacted Ritz-Carlton directly. (Marriott owns Ritz-Carlton.)

I think Ritz-Carlton would have quickly taken care of this problem. There’s a reason you don’t see many Ritz-Carlton problems on this site — the company is obsessive about customer service.

But I think there’s something interesting happening behind the scenes. Why did the management at this particular Ritz-Carlton think it could blow off a customer? Was it because it didn’t have the full paper trail? Was it because Vinci booked through Expedia, and not directly with the hotel?

It’s impossible to know, but if I had to make an educated guess, I’d say two factors came into play. First, I suspect Expedia didn’t pass the cancellation message along to Ritz-Carlton, so the company expects the online agency to eat the loss. And second, yes, perhaps Expedia customers are not as valuable to Ritz-Carlton. The hotel would deny that, of course.

But follow the money — no one likes to pay a commission.

Our advocacy team to the rescue!

This case landed on Dwayne’s desk, and once he had a look at the paper trail, he knew what needed to be done.

Before we get to that, though, a few thoughts about hotel time. Or perhaps I should call it travel agency time. (If I did, that would offend all of the human agents — so let’s just leave it at hotel time.)

When a hotel has a 24 hour cancellation policy, you expect it to be 24 hours. You have a right to expect that. When it — or an online agency — stretches it to 41 hours, you also have a right to be unhappy. Vinci’s request for a refund was not unreasonable.

Has it really come to this? Should we believe that 24 hours isn’t a day anymore in the travel industry? Or that 1+1 is not equal 2. (See “airline math.”)

Point is, we should be able to take a company at its word when it tells you it received your cancellation and you’re entitled to a full refund.

Here’s the resolution, according to Expedia:

Are we [sic] looking into where a breakdown occurred and will follow up with those details when we have them. For now, we did want to inform you that the customer will be made whole plus receive a voucher from us.