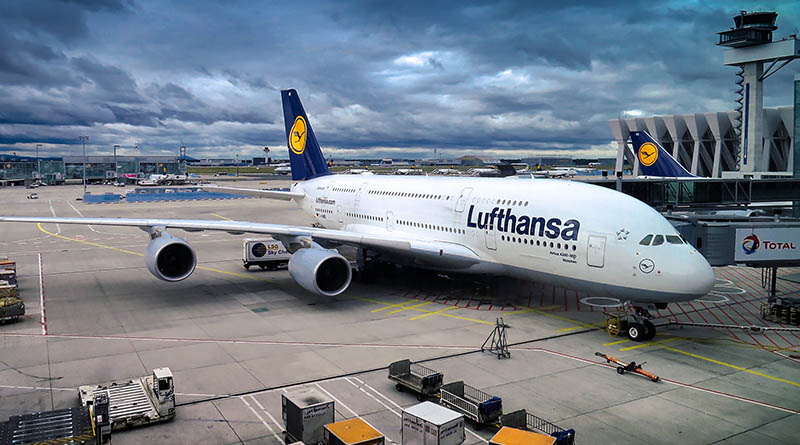 When Lufthansa lost Arpine Arabatlian’s luggage after a flight from Houston to Frankfurt, the airline promised her $399 in compensation. That was five months ago. So where’s the money?

Arabatlian’s case underscores several truths about modern-day air travel. First, you get what you negotiate, but not always what you are eligible to receive. Second, European airlines love direct bank transfers, and you have to pay attention when you are expecting one. Also, while patience is a virtue when you’re dealing with an airline problem, too much patience isn’t.

Of course, my advocacy team can’t mediate every Lufthansa lost luggage case, so I’m writing about this one in the hope that you might be able to avoid a similar problem this summer — or any time you fly.

Lufthansa lost luggage: How did this happen?

My team doesn’t have the resources to help readers recover every lost bag, but occasionally we’ll jump in to assist. We could see that Arabatlian was encountering fierce headwinds with her lost luggage on Lufthansa, so we thought we’d try to help.

On Nov. 25, she says the airline lost both of her bags, and they stayed lost. She negotiated a $399 refund and waited … and waited.

“I’m very disappointed,” she said when she contacted us in mid-April. “Other airlines quickly solve the issue, but not Lufthansa.”

By our count, it had been 4 months and 11 days since she’d since she reached an agreement — or so she thought — on her lost luggage claim with Lufthansa. That’s plenty of time to send the money. So what went wrong?

She got what she negotiated, but did she deserve it?

We don’t know all the details of Arabatlian’s claim, but this we do know: She may have left some money on the table.

An international treaty called the Montreal Convention applies to baggage. Under the treaty, the maximum baggage liability for flights covered by convention is currently 1,131 Special Drawing Rights (roughly $1,600).

That’s the most that airlines have to pay a passenger for a lost, damaged, or delayed bag. Airlines are free to pay more than the limit, but are not required to do so. They often pay less.

It’s pretty rare for a passenger to get $1,600 for lost luggage on an international flight. Airlines require receipts for the items you claim, and who keeps those? But $399 for a lost bag seems a little low.

Again, we don’t have all the details about her loss, but it’s worth noting that when an airline loses your luggage, it’s the start of a negotiation. You read the Montreal Convention, you file a claim, and then there’s a certain amount of back-and-forth about what the airline will pay.

I’m not sure how much back-and-forth there was on Arabatlian’s claim. It looks as if she accepted the first offer Lufthansa made and then waited patiently.

You shouldn’t be Mr. Nice Guy when an airline loses your belongings. Instead, you should be polite but firm. Your property is either being sold on eBay or liquidated in an Alabama warehouse. The airline owes you money.

European airlines love to wire you money. Let them.

The other lesson about Arabatlian’s case is that European airlines love to wire money. And since they’re based in Europe, they have their own way of doing it. To facilitate a transaction, you may have to provide several different numbers, including:

One problem: People sometimes confuse SWIFT codes with routing numbers. SWIFT codes are for international transfers; routing numbers are for domestic transfers. (European airlines don’t like to issue compensation to your credit card, which I assume has something to do with the costs of the transaction.)

And that was the problem with Arabatlian. For some reason, she’d given an incorrect code to Lufthansa, which meant her bank had rejected the $399 transfer from Lufthansa.

How to handle a misdirected airline money transfer

Arabatlian couldn’t have known the cause of the delay for her Lufthansa lost luggage case, because her bank didn’t know how to find her. All it knew was that some German bank was trying to send $399 to an account that didn’t exist — assuming she provided an incorrect account number but the right SWIFT code. If she gave the wrong SWIFT code, then God only knows where the money went, only to bounce back.

Lufthansa should have circled back with her to ask for the correct information. I think I know why it didn’t. Large companies don’t put a lot of resources into their refunds department. It is in the best interests of a business to be as slow and inefficient as possible when it comes to refunding money or paying a claim. Maybe that’s why we have companies like AirHelp that handle hundreds of airline-related claims and can throw their weight around.

So to Arabatlian — and my advocacy team — this looked like foot-dragging. In reality, it was partially Arabatlian’s fault since she gave Lufthansa the wrong code for her bank.

A brief, polite email to one of Lufthansa’s executives, which I list on this site, might have helped.

Also, she could have taken a moment to review our Lufthansa refund cases:

Let’s just say they’re not falling over themselves to issue any refunds.

A resolution to this Lufthansa lost luggage case

My team reached out to Lufthansa and asked about Arabatlian’s claim. In response, Lufthansa reached out to her and asked for the correct SWIFT code and account number. (By the way, you can find your bank’s SWIFT code here.) She provided the codes and the airline sent her the $399, as promised.

When I read cases like this, I’m reminded to try and never check my bags and to double-check the numbers when I submit a claim. Make one mistake and you could wait almost five months for your money.