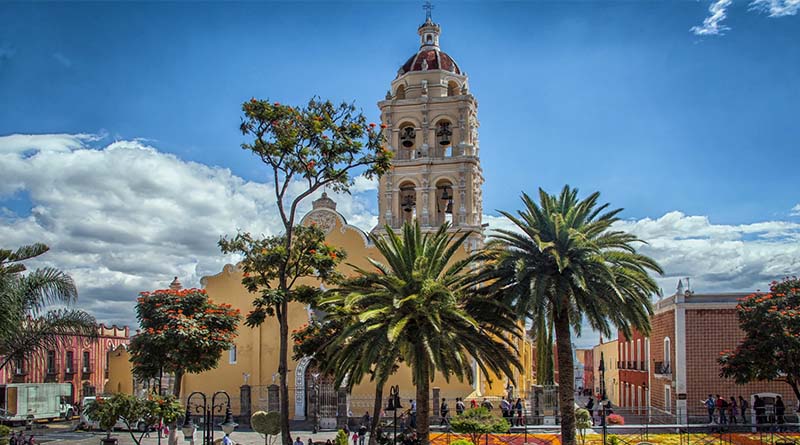 Can our advocacy team retrieve that money from Aeromexico?

Maybe, maybe not. But along the way, we’ll learn about the importance of running the numbers before pushing that “book” button. We’ll also discover how to spot a deal that’s too good to be true, like a $144 last-minute airfare to Mexico.

How he made this currency conversion mistake

The way Park told the story, we wanted to get involved immediately.

“My girlfriend and I were told the wrong price for the ticket of 2,726 pesos rather than the actual price of 27,266 pesos,” he says. “That’s a difference of about a thousand dollars.”

He adds, “The Aeromexico booth then refused to refund our purchase, stating that it was final. We would like to address this situation with the airline and to seek a refund on our unknowing purchase of the tickets.”

Yeah, this looks pretty scammy. Without any details, it appears someone from Aeromexico quoted Park and his girlfriend a wrong fare at an Aeromexico ticket counter and then, when they asked for a refund, told them, “Tough luck!”

We had to help.

What did the paper trail say?

However, a look at the paper trail — the correspondence between Park and AeroMexico — suggested that the airline hadn’t misrepresented itself, at least not in writing.

Park had indeed swiped his debit card to buy the tickets for 27,266 pesos. Then he flew the first segment of the flight, using half the ticket. This appeared to be a walk-up fare, one of the most expensive kind. He thinks the agent made a currency conversion mistake.

But Park says he was skeptical of the price.

“We were confused by the price, which is why we double checked with the airline counter multiple times to confirm,” he says.

So it’s the ticket agent’s word against Park, but a paper trail that supports Aeromexico 100 percent.

There are at least two possible scenarios here. The first is that this is a currency conversion error — that the agent in good faith represented a fare he or she believed to be accurate, but was off by $1,437. But it also appears some decimal point shenanigans were going on. That could have led to a “fat-finger” fare.

My advocacy team wasn’t there, so we don’t know.

But one thing we do know: This currency conversion mistake case is not going to fly.

The reason is simple — no one can reasonably expect to fly from Mexico City to New York roundtrip for $72 at the last minute. So when someone tells you that you can, you take a hard look at that screen before typing in your PIN code. Did it say $144 or $1,437?

Had Park done he wouldn’t have a currency conversion problem.

And Aeromexico was technically correct to deny his refund. The 24-hour rule only applies to tickets booked seven days in advance. Once Park pushed the button on his purchase, there was no turning back.

We have no shortage of currency conversion mistake cases on this site. Here’s a case where one reader spent $4,800 on a pound of fresh ground coffee in Bali. Um, make that $48. His credit card failed to side with him until our Executive Director, Michelle Couch-Friedman contacted Capital One to sort things out.

And here’s a case I handled a few years ago where Avis converted dollars into pounds, leading to a $124 overcharge. After I contacted Avis, it offered the reader a refund.

If you’re not careful, you could become a victim of a currency conversion mistake. And, like Park, you might not have a way out.

So how do you avoid a currency conversion mistake?

Now, I realize there’s a whole online community of folks who specialize in finding and exploiting fare errors. Some of them have built successful businesses by encouraging their followers to buy tickets that they know are incorrectly priced. They will not be happy with the outcome of this case.

And that’s OK, because we’re not here to advocate for them. We’re here for people like Park — and I’m truly sorry we couldn’t help him.