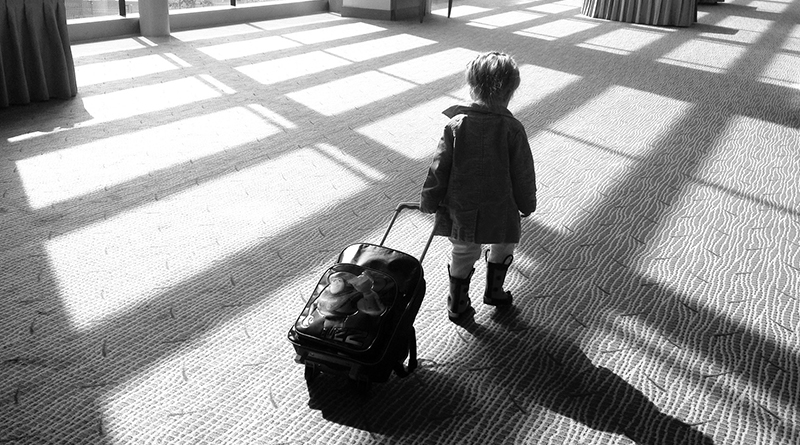 It’s the complainers that make travelers such as Randall Kessler complain — specifically, the folks who shuffle around the airport waiting area, griping about something over which neither they nor their airline has any control.

On a recent flight, he witnessed something remarkable: As a passenger whined loudly about a weather delay, a pilot stepped forward to calmly explain why flying in a storm was a bad idea.

Words to live by.

The scenario is also instructive. Almost every bus ride, flight and plane trip starts with a brief stop in a waiting area. Now more than ever, what happens in that boarding area sets the tone for the entire trip.

Which brings up the question: How exactly do you behave? No bellyaching about that blizzard, obviously. What else?

Q: Do you have a right to a seat in the waiting area?

A: Generally, no. It’s first-come, first-served. The color of your loyalty card doesn’t matter here. “If there is an elderly person (standing), give up your seat,” says Toronto manners expert Adeodata Czink. Also, surrender your seat to pregnant women, families with kids under 2 and anyone traveling with these groups.

Q: To whom does the power outlet next to my seat belong?

A: “It belongs to the first person to use it,” says Rohan Gupta, a vice president for a software company in Sterling, Va., and a frequent air traveler. But don’t forget to share. The savviest frequent travelers carry extension cords, and they offer their plugs to others who need a charge. It’s the polite thing to do.

A: No, not unless you have a medical condition that requires that your feet be elevated.

Q: May I bring food to my seat and eat it?

A: Sure. But keep it light and avoid overly spicy fare, which can be distracting to your fellow passengers. If you want a full meal, sit down at one of the restaurants in the terminal, and eat in a civilized way. I speak from experience. I’ve arrived at my destination with more stained pants than I care to admit from eating takeout at my seat.

Q: May I save seats for my party?

A: Yes, but there’s a limit. “If the waiting area is not yet crowded, reserving one or two seats by placing your bag in one of them and sitting two seats away is acceptable,” says Sharon Schweitzer, the founder of Austin-based Protocol & Etiquette Worldwide and a frequent traveler. “However, if the waiting area fills up and your party hasn’t shown, let those who have already arrived take the seats, and reunite with your party at your destination.”

Q: When can I stand near the gate to board?

A: When they call your group. Don’t crowd the boarding area, it’s rude.

A: Yes, but it’s not an absolute right. If you fire up your phone, be mindful of those around you. “The best choice is to go somewhere more private to talk,” advises frequent flier Tim Pylant, an engineer from Austin. “But if not, then be considerate, and keep your volume down.” Also, always use headphones when listening to music or watching a movie.

You don’t have to be a frequent traveler or an etiquette expert to know any of this. Your parents should have taught you these good manners. But in a day and age when we can’t take good manners for granted, what’s the harm of a reminder?

Don’t want to wait with everyone else? Try these alternatives.

We just had to run this story again, given the high number of infrequent travelers who are out there at this time of year. Hope it makes a difference.