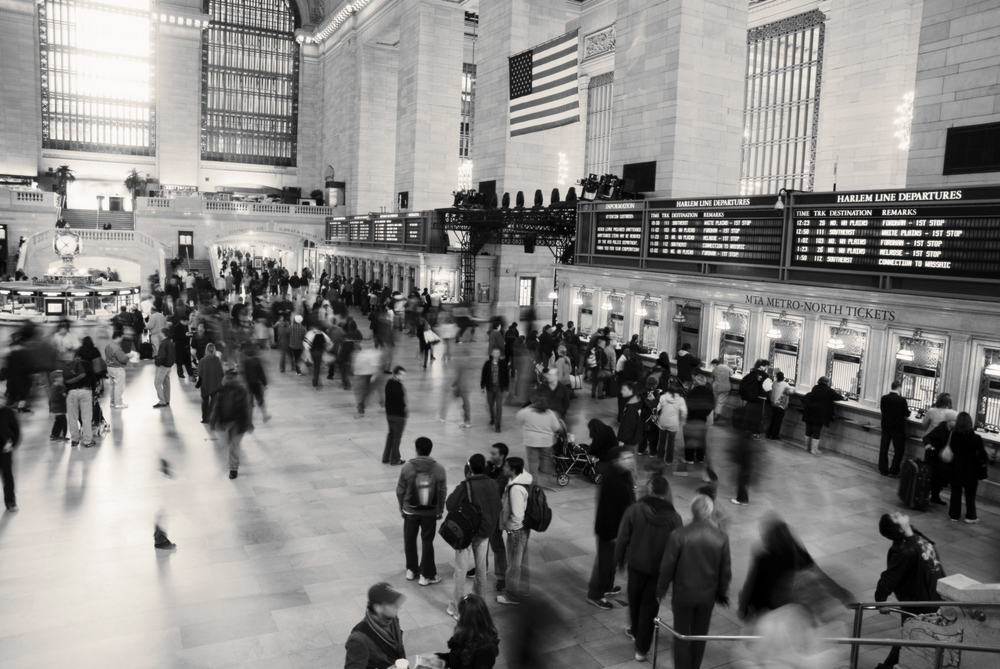 You’ll still be able to buy the kits, which include an inflatable pillow, earplugs, blanket and eye shade. But it’ll cost $8.

Amtrak’s move is the latest in a line of low-key reductions, including removing pillows from its coach sections and cutting the “free” glass of wine in dining cars.

“All these changes are necessary in order to reduce costs, increase revenues and preserve passenger rail service across our country,” says Amtrak spokeswoman Kimberly Woods.

In other words, just as the legacy airlines unbundled their airfares in 2009 when they started charging passengers for the first checked bag, these cuts are going to help shore up the troubled national rail carrier’s bottom line. Amtrak lost about $73 million on food and beverage service alone last year.

Rail passengers have mixed feelings about these measures, but the most problematic — and overlooked — part of this story is that Amtrak is acting more like an airline every day. And not in a good way.

Some rail passengers agree that the cuts, while painful, are necessary.

“I think cuts are good for the passengers who are on the moneymaking routes,” says regular rail rider Neil Gussman, who works for a non-profit organization in Philadelphia. “Amtrak is a constant target for budget-cutters, yet it keeps tens of thousands of people off the most crowded roads in America.”

Others say they’ll miss the old train. Dianna Kersey likens the amenity cuts to the end of airline deregulation, when, save for a few exceptions, civility all but disappeared from air travel.

Kersey, who works for a technology company in Chicago and commutes by train to Great Falls, Mont., says she’ll notice the absence of the amenity kits on the Empire Builder, the attendants who offered her champagne and chocolates, and the afternoon wine tastings.

“These are things you never get while flying, and it made all the difference in the world to me,” she says.

But are these deletions a symptom of a shift at Amtrak of something even worse? Is Amtrak abandoning its heritage of dignified and civil travel in favor of making a quick buck, like an “ultra” low-cost airline? It may be too early to say that, but the warning lights seem to have flickered to life.

“It’s as if I’m watching one of those infomercials in reverse, and the spokesperson is saying, ‘But wait — there’s less!'” says Dave Kaminer, a communications consultant from Rye Brook, N.Y., who regularly catches Amtrak’s Auto Train from Lorton, Va., to Sanford, Fla.

He’s worried about two things that have escaped the same media attention as when, say, an airline adds a new fee. (That’s because travel journalists like me don’t believe in the existence of Amtrak.) Last April, the Auto Train began offering something called “Priority Vehicle Offloading” that, for a $50 fee, allowed your car to be the first off the train. Amtrak touted the new option as a service that “will help passengers get to their destination sooner.”

Before priority offloading, it was first-come, first-serve for the cars, and Kaminer usually managed to roll off the train quickly when he arrived in Florida.

Worse, he’ll pay more for the trip than ever. That’s because the lowest available fare isn’t being published when Auto Train tickets become available, he alleges. Kaminer sent me screenshots of the higher fares. A one-way Auto Train ticket to Florida that cost $265 last year is pricing at $411 for next spring.

Kaminer complained to Amtrak about the higher fares, to which Amtrak responded with a form letter that apologized for the “inconvenience” of the higher prices and pointed out that “Amtrak fares are not static and may increase or change based upon many factors.”

“Something is amiss,” Kaminer says.

Perhaps. If Amtrak’s little-noticed cuts are nothing more than cosmetic service reductions, which, by most appearances, they are, then riding the train will continue to be an experience apart from the indignity of most domestic air travel.

But if more fare tricks and “priority” disembarkation moves are in the rail carrier’s future, the experiences may become all but indistinguishable from flying — except that the plane gets you there a little faster.

How to keep the train dignified

• Ride the profitable routes. Amtrak’s well-used Northeast corridor trains have escaped most of the cuts, because they make money. That’s where you’ll find the best service and amenities, generally speaking.

• Tell Amtrak what you think. Customer feedback is the best way to let the national rail carrier know how it can improve. Contact amtrak.com/contact-us

• Let Congress know. Congress funds Amtrak to the tune of $1.39 billion this year. If your congressional representative hears from you, it could make a difference. You might prevent Amtrak from becoming a Spirit Air on rails. Here’s how: house.gov/representatives/find/