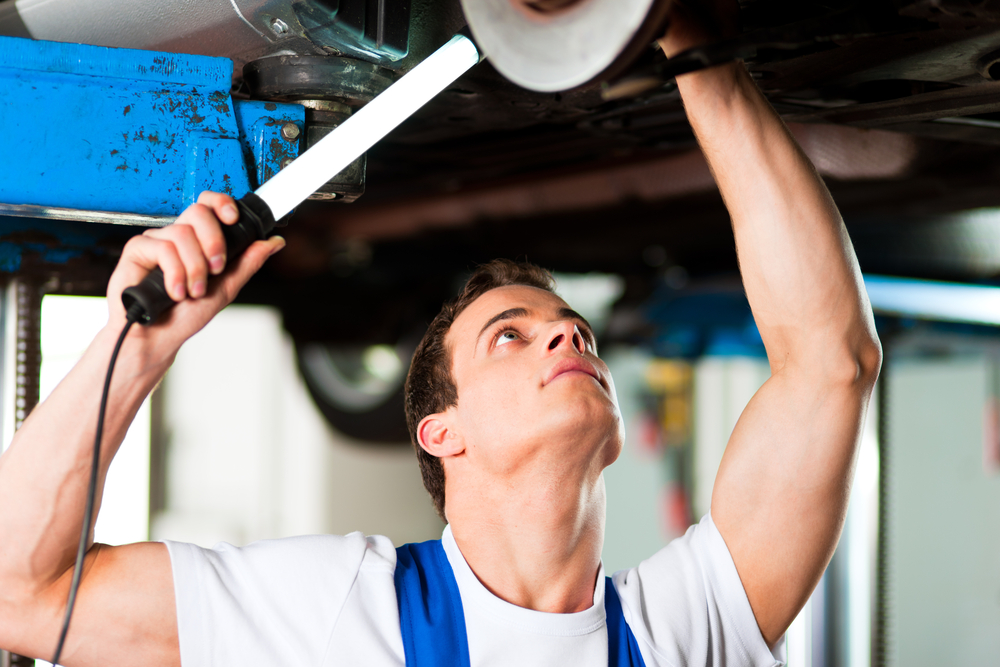 There’s damage to the undercarriage of Jessyka Glatz’s rental car, at least according to Hertz. But is the car in the photo of the rental company sent her the same one she rented? Maybe not.

Question: We recently reserved a car through Hertz in Germany. We understood the terms and for extra protection we bought the collision damage waiver and theft protection.

We picked up our car in Braunschweig, as planned, and we were very pleased with our car and the service. We returned the car in Berlin, as planned, and were somewhat surprised that the employees were rather brusque and unfriendly.

We asked what we should do next and were told to go to the checkout counter downstairs. An employee took the keys and said we were all set. We asked him to inspect the car and sign off on it, but he said that was unnecessary. He assured us Hertz would take care of the rest.

Well, it did – but not like I expected. Two weeks after our return, we received a notice that the car was damaged and that we needed to pay 673 euro. We were shocked.

We returned the car in wonderful condition. I suspect the photos Hertz sent us which document the damage are of another car. Please help us straighten this out.
— Jessyka Glatz, Chapel Hill, NC

Answer: Hertz should have inspected your car as requested if you were concerned about the condition of the rental vehicle. If damage had been noted at the time of your return, the company would have asked you to complete an incident report, and there’d be no disagreement on the repair bill.

But when you told me Hertz had said the undercarriage had been damaged, a few red lights started flashing. Hertz trains its employees to inspect under the front bumper, but the damage should have also been obvious to you. I’ve mediated similar cases in which the roof of the car was allegedly damaged without the knowledge of the renter. (Also hard to believe, that one.)

The other problem? None of the photos definitely showed your rental car. The license plate wasn’t visible in any of the images Hertz sent you. That’s not to say the undercarriage of your rental wasn’t damaged during your rental, but even if it had been, wouldn’t your collision-damage waiver apply? The correspondence between you and Hertz didn’t have any information about the insurance you purchased — it looks as if they just wanted you to pay up.

Your case raises a lot of questions, and you deserve answers before you agree to pay for for damages for which you may or may not be responsible. I publish the names and numbers of Hertz’ customer service executives on my site. A brief, polite and written appeal should have done the trick.

I contacted Hertz and asked it to review its claim against you. It did, and after taking another look at its records, the company decided to drop its claim.