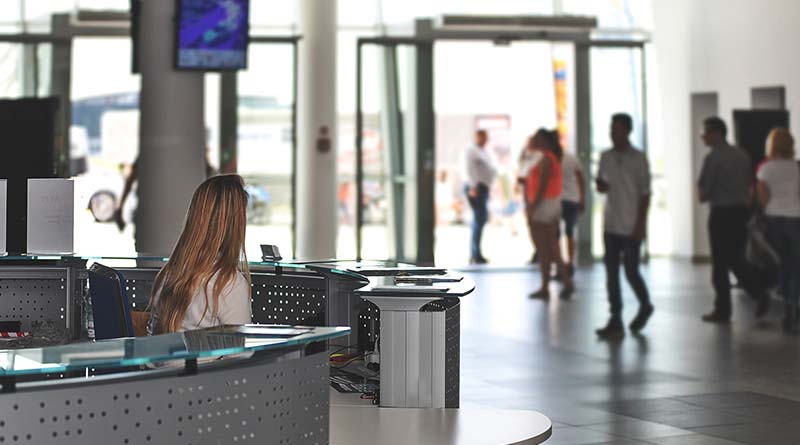 What if an airline manager materialized at the gate after your next flight? And not just any supervisor, but the one in charge of airline customer service?

What would you say?

Stop imagining. I had that opportunity when I spoke at a recent meeting of the Worldwide Airline Customer Relations Association.

But instead of delivering a conventional speech praising the airlines that offer excellent service and scolding the ones that don’t, I handed the mike to you, dear readers. I solicited questions from actual passengers and then presented them to my audience … live.

The answers, at times apologetic and at times defiant, may improve your next flight. Here’s what they said:

Are your front-line agents really empowered to resolve an airline customer service problem?

Yes, and that’s what this meeting was all about. But it’s a balancing act. The delegates, for the most part, seemed to be on the customer’s side, but they have to weigh each request against their own set of internal rules. In other words, they can’t hand out first-class tickets anywhere the airline flies whenever they lose your luggage. But I had the feeling that some of the folks in the room would hand out first-class tickets if they could.

If we’re extra polite when we have a request from an airline, are we more likely to get a “yes”?

No. The airline managers insisted all of their employees are highly trained professionals and evaluate your request based on the merits. Even if the rule is, “No waivers, no favors.” They’re quick to add that they appreciate your politeness, though.

Why are ticket-change fees so high?

They’re not, according to these airline reps. The ticket-change fees represent the cost of a missed revenue opportunity, not the actual price of changing the ticket. Airlines want to be compensated for the money they would have made, had you not changed your travel plans. Interestingly, this led to a discussion about “basic economy” fares, which are completely non-changeable and non-refundable. But when I suggested that passengers might be willing to live with these restrictive tickets, as long as airlines agreed to offer full refunds when they resold a seat, I heard crickets. Could be a question for their colleagues in the revenue management department.

Do we have enough room in economy class?

No, of course not! The seats are way too small. But they’re legal and customers “asked” for them by demanding, and purchasing, lower fares. Airline representatives said if you want some of that legroom back, you can always pay extra for a premium economy-class seat. Or you can shell out a lot more for a business-class ticket. But the bottom line is: You wanted this, passengers. The trade-off for cheap seats is less legroom.

Why can’t parents reserve a seat next to their young children?

Airlines already do their best to seat parents next to their offspring, with or without a seat reservation. And besides, Congress passed the Families Flying Together Act, which mandates that airlines keep families together on planes. Unfortunately, the Department of Transportation has yet to create the required regulation and implement it. If it did, the problem would be solved, and we wouldn’t get any more of these questions about how airlines may try to profit by separating families.

What’s with all the boarding groups? Why not just board the plane from back to front, which would be faster?

Why do airlines lie about the reasons for a delay?

They don’t. Front-line airline personnel don’t always know the precise reason for a delay. But gate agents are never instructed to lie to passengers about the reason or expected length of a delay. I believe that’s an honest answer, but you have to read between the lines. There’s a difference between an outright lie and not telling the whole truth about a delay. But, in either case, passengers are frustrated by the void of accurate information. Airlines can do better, the participants agreed.

If you could do anything else in the world, what would it be?

Although many of the attendees said they’d be still be involved in the travel industry, maybe in a similar position, most said there’s nothing in the world they’d rather do. And that was perhaps the most heartening answer. Not only do these airline customer service managers love their job, but they love the people they work for — that’s you.

I wish I could have taken you along, because there were fun moments that could only be appreciated in person. They included a few heated arguments, a little heckling (I’m a big boy, I can take it) and a lot of laughs. But in the end, they made me believe passengers have some influential and caring advocates inside most airlines. And that makes me hopeful.

How to get faster airline customer service

• Problems get fixed faster on social media. Airlines seem to love Twitter, but also Facebook. If you send a question or request via social media, you’re more likely to receive a faster answer from someone higher up than if you call or send a letter.

• The hottest “back door” to good service? Messaging. Managers are excited about messaging platforms such as Facebook and text messaging. Many privately said they are pouring resources into staffing customer service representatives to use these platforms to communicate with you. Airlines strongly prefer private messaging over public call-outs, and seem more eager to respond.

• Newer platforms, better service. Surprisingly, at least one airline said it was working on ways to text customers through its toll-free number. That suggests airlines are becoming increasingly platform-agnostic when it comes to hearing from you. Also, when they staff up on a new platform, they often put their most senior people on the line. The newer the system, the better the service.

Christopher Elliott is the founder of Elliott Advocacy, a 501(c)(3) nonprofit organization that empowers consumers to solve their problems and helps those who can't. He's the author of numerous books on consumer advocacy and writes weekly columns for King Features Syndicate, USA Today, Forbes and the Washington Post. He also publishes Elliott Confidential, a critically acclaimed newsletter about customer service. If you have a consumer problem you can't solve, contact him directly through his advocacy website. You can also follow him on Twitter, Facebook, and LinkedIn, or sign up for his daily newsletter. Read more of Christopher's articles here.
66527