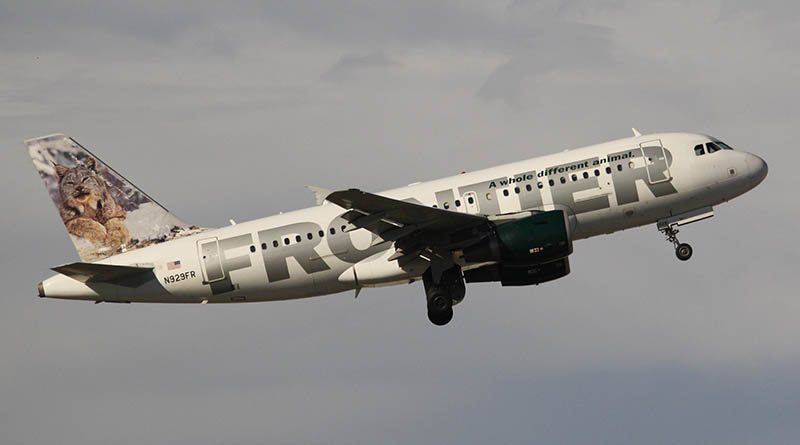 Rosemarie Dagostino thinks so. She recently ran into problems on her recent flight on Frontier airlines from Chicago to San Francisco.

A Frontier delay — now what?

“On the morning of our departure, as I was calling for the cab to take us to O’Hare, the airline sent me a notice that there was a delay, and asking me if I wanted a refund,” she says.

A refund? Dagostino, a retired teacher from Oak Park, Ill., had a better idea.

Why couldn’t Frontier just transfer her tickets to another airline? They were planning on attending a  wedding anniversary celebration in Napa, Calif. If Frontier could put the couple on another airline, they could still make it to the wedding

But that’s not how it works. Frontier must either refund the ticket or send the Dagostinos on its next flight with available seats.

“I found another flight on United Airlines and booked it myself,” she says.

What is airline reciprocity?

Airline reciprocity, or the idea that carriers should accept each other’s tickets, has been a hot-button issue in Washington for years. It became a regulatory cause célèbre in 2018 after the mass cancellations caused by the IT meltdowns at Southwest Airlines and Delta Air Lines, which left thousands of air travelers stranded.

Reciprocity is a hot topic again during the summer of 2022. Airlines canceled tens of thousands of flights between Memorial Day and Juneteenth. Experts predict there will be more. Shouldn’t airlines help passengers, no matter which airline they’re flying?

Analysts say it might be difficult to force reciprocity on the airline industry. But there are ways to persuade airlines to honor each other’s tickets on a case-by-case basis. During the disruptions, for example,  Delta and Southwest re-booked some passengers on other airlines at no charge. But there are no laws that require either airline to do so.

But maybe they should be, some consumer advocates say.  The airline contract of carriage, the legal agreement between the passenger and airline, specifically says the airline isn’t required to keep its schedule. That’s wrong, says Paul Hudson, president of FlyersRights.org, the advocacy group spearheading the reciprocity effort.

“To force passengers to reschedule on the airline’s time frame, due to an airline error, is completely unreasonable,” he says. “In the instance of a computer outage, the airline should offer a full refund or re-book flights at no additional cost.”

Many airlines say a new rule is unnecessary. Jean Medina, a spokeswoman for A4A, a trade group that represents many major domestic airlines, says that during the latest IT outage, carriers either refunded tickets or re-booked their passengers without charging them extra. “Proposals to re-regulate the industry, such as a mandatory reciprocity rule, would be a disincentive for airlines to improve and compete on service quality, and it would make flying more expensive,” Medina says.

Reciprocity was never a government requirement. Rather, it was part of an airline contract called Rule 240, which outlined what carriers would do for passengers whose flights were delayed or canceled. One of the Rule 240 requirements was something called “endorsing” a ticket to another carrier, which meant re-booking a passenger on another carrier at the airline’s own expense. And it could be expensive. Airlines typically charged each other the walk-up rate — the most expensive economy class ticket available — for a coach ticket.

Rule 240 faded away after deregulation. But insiders say that even before deregulation, the federal government lacked the statutory authority to require reciprocity, and, in all likelihood, it still does today. Advocates, such as Hudson, disagree and say they think the government must protect consumers against “unfair and deceptive” practices. Either way, issuing an emergency order would almost certainly invite a legal challenge.

As far as passengers are concerned, this conflict isn’t really about contracts or regulations. It’s about right and wrong. How can an airline sell a ticket from Point A to Point B and then walk away from its obligation?

Perhaps the most irritating part of this problem is a glaring double standard. An airline can change its own flight schedule and, at worst, it must refund the ticket. If air travelers change an itinerary, they have to pay change fees and fare differentials. They could lose the entire value of their tickets.

“The airlines really need to change this situation. So that passengers aren’t left stranded,” says Jan Major, an attorney from Corte Madera, Calif., who recently was stuck after a flight cancellation. Although other airlines had flights to her final destination, her carrier, United, refused to endorse her ticket.

“With aircraft flying pretty much full these days, a cancellation will leave passengers on the canceled flight with few available seats to get to their destination,” she says.

When your flight is canceled can you encourage your airline to endorse your ticket to another airline?

If you’re an elite-level member of an airline’s loyalty program, the carrier may consider an endorsement. They do these on a case-by-case basis.

You have a complicated itinerary

If you’re on a complex code-share flight, and you might miss one leg of a long journey, your airline is more likely to endorse your ticket.

You have a special need

If you’re traveling with young children or are disabled, a carrier may consider “240’ing” you.

If reciprocity doesn’t become a requirement, airlines still need to do something, says Jonathan Keane, a managing director for Accenture’s aviation practice. “There is a recognition that airlines will have to do more to plan, prepare for and manage days with both minor and major disruption,” he says.

Keane and other experts admit that it’s a complicated issue. It’s a different airline industry today than when Rule 240 ruled the skies. It’s more competitive in many ways, more efficient — and more profitable.

“Airlines are operating with fewer spare seats than ever before,” he adds. “Their ability to accommodate disrupted passengers is therefore somewhat limited. While they may wish to help, they may not be in a position to do so.”

Christopher Elliott is the founder of Elliott Advocacy, a 501(c)(3) nonprofit organization that empowers consumers to solve their problems and helps those who can't. He's the author of numerous books on consumer advocacy and writes weekly columns for King Features Syndicate, USA Today, Forbes and the Washington Post. He also publishes Elliott Confidential, a critically acclaimed newsletter about customer service. If you have a consumer problem you can't solve, contact him directly through his advocacy website. You can also follow him on Twitter, Facebook, and LinkedIn, or sign up for his daily newsletter. Read more of Christopher's articles here.
52372