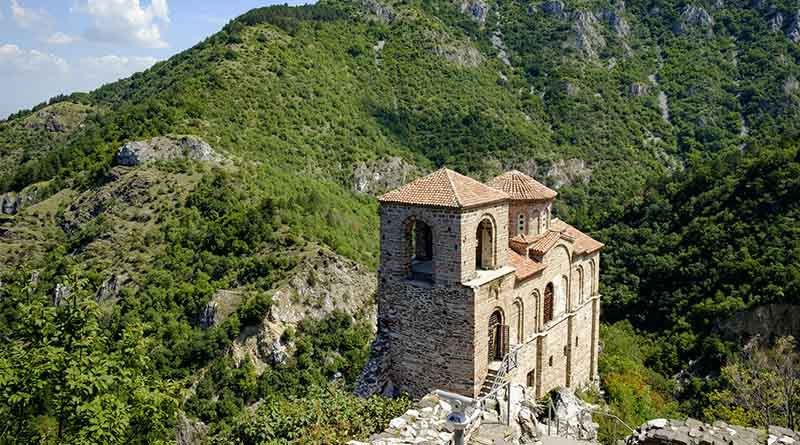 Next time the president suspends travel to Europe, Tobias Gunzinger won’t book a ticket back to the States — at least not right away. But Gunzinger, who bought a pricey walk-up fare from Sofia, Bulgaria, to Anchorage in March, is not alone. Other travelers did the same thing, and they want to know: Is their coronavirus emergency flight refundable?

At issue is President Trump’s March 11 proclamation that suspended entry of “certain” persons who posed a risk of transmitting COVID-19. Because the president’s accompanying remarks were vague, Gunzinger and others interpreted them as applying to U.S. citizens. And they believed that they would be reimbursed for their expensive return tickets, even though no one explicitly said so.

It’s a painful lesson about the necessity of separating political rhetoric from reality. But it also underscores one of the oldest rules in the advocacy playbook: Get everything in writing. Had Gunzinger looked at the actual proclamation, he wouldn’t have rushed home. It’s an easy mistake to make; I almost did the same thing. Details in a minute.

How to find out if your coronavirus emergency flight is refundable

In a speech from the Oval Office on March 12, the president said all travel from Europe would be suspended.

“To keep new cases from entering our shores, we will be suspending all travel from Europe to the United States for the next 30 days,” he said in the address. “The new rules will go into effect Friday at midnight. These restrictions will be adjusted subject to conditions on the ground.”

Gunzinger was vacationing in Bulgaria with his family when the coronavirus crisis began to unfold. His concern had been growing — until he watched the president’s speech.

“We heard him say that all travel from Europe to the U.S. would be banned starting Friday night at midnight,” he told me. “We quickly purchased tickets for our family of three on a Turkish Airlines flight leaving in just a few hours, which was to arrive in the U.S. late Thursday evening.”

Their return to the States wasn’t easy. They found the least expensive flight they could, but they had to fly through Washington, D.C., Minneapolis and Seattle, before arriving home almost two days later. And they had to spend a staggering $4,271.

And yes, that was the cheapest fare he could find.

What the presidential proclamation actually said

The presidential proclamation didn’t match the president’s words, at least not exactly. Yes, there was a travel ban — but it didn’t apply to U.S. citizens like Gunzinger.

Sec. 2. Scope of Suspension and Limitation on Entry.

(a) Section 1 of this proclamation shall not apply to:

(i) any lawful permanent resident of the United States;

“We later read while on the airplane that the White House corrected Trump’s announcement and that Americans were exempt from the ban,” recalls Gunzinger. “Obviously, at this point it was too late as we were already on the airplane. I realize this is not the airline’s fault, but I am hoping you might have a way to help get our money back, where it comes from the State Department or wherever else it might need to come from. We made the purchase willingly, but we definitely feel cheated.”

Gunzinger saw thousands of other travelers who felt duped by the president’s remarks and now wanted a refund. But can they get one?

There are several tall — really, insurmountable — hurdles to getting compensated. First, Gunzinger’s return flights were on Turkish Airlines. It’s a carrier that typically ignores requests for reimbursement from customers — and from consumer advocates..

How bad is it? Even if a Turkish representative had promised Gunzinger a refund in writing and signed in blood, my advocacy team couldn’t have done much about it. Turkish Airlines does whatever it wants.

Which is fine. My writers will write whatever they want, too.

Does the government bear any responsibility for Trump’s imprecise statement? Not really. Bear in mind that evacuation flights are not free. They often cost more than commercially available flights. So it wasn’t reasonable for Gunzinger to assume he would be compensated in any way, either by Turkish Airlines or by the U.S. government.

Is your coronavirus emergency flight refundable? No. Sadly, my advocacy team couldn’t help Gunzinger. But his case is a learning opportunity for the rest of us.

First, talk is cheap. How often have we had cases where a ticket agent or customer service representative promised a refund, but then the company failed to make good on it? Too many times. Point is, you never rely on the word of anyone — including the president. And, in fairness, he never promised to reimburse anyone for the evacuation flights.

I was in France on March 12 and heard the same speech. I had the same instinct as Gunzinger. When I heard the words “we will be suspending all travel from Europe to the United States for the next 30 days,” I immediately clicked on Google Flights. There, I found chaos. (I will write about that experience soon.)

Ultimately, I decided against a quick evacuation. I think it was a combination of factors, including the high cost of a return flight, having a place to stay, and journalistic curiosity. A short while later, I read the proclamation and knew that I could return any time, as long as there were flights operating.

I didn’t think of the larger lesson — to get everything in writing — at the time. But if I’d relied on the president’s statement without reading the words of the proclamation, I might have followed Gunzinger back to the States.

So would travel insurance have covered Gunzinger? No again. Some policies cover medical transportation expenses, but not security evacuations. In fact, there’s a whole lot that travel insurance won’t cover. It includes:

You need specialized coverage to get yourself evacuated. I describe it in this recent Forbes story.

Bottom line: When disaster strikes and you’re traveling, don’t assume anything. You could find yourself $4,271 lighter in your bank account.