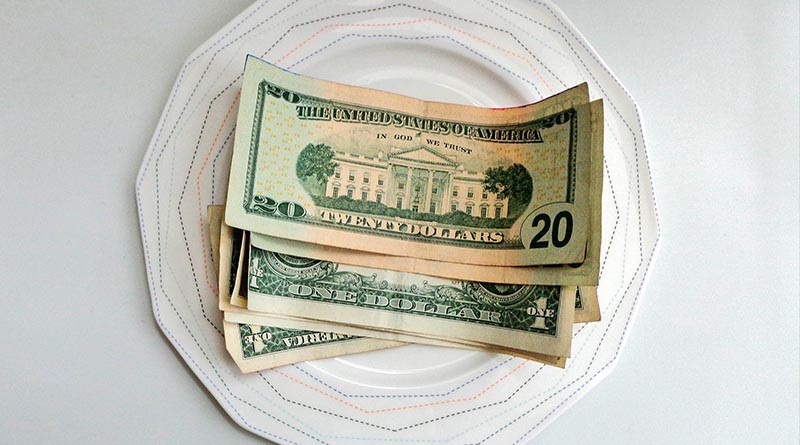 Are you suffering from gratuity fatigue?

Tipping is a hot topic again, thanks to a controversial ballot measure raising the minimum wage for restaurant workers in Washington, D.C., and recent social-media campaigns such as the #tipthebillchallenge that have drawn attention to low server wages.

At the same time, consumers fed up with tip jars, gratuity prompts and outstretched hands seem ready to end the practice once and for all. It’s an interesting idea. A tip-free world may be closer than ever, and it might benefit travelers and service employees.

To get a sense of the extent of gratuity fatigue, talk to Aileen Kenney, a marketing manager from Tucson. She recently paid $3 for a cup of coffee.

Crazy but true. As syndicated “Color of Money” columnist Michelle Singletary has noted, payment technology such as the Square app can trick you into leaving a bigger tip. Worse, it demands a gratuity before delivery.

Even travelers who leave tips say they shouldn’t have to.

“I believe tipping is for good service,” says Candy Harrington of Stockton, Calif., an experienced traveler who has written numerous guidebooks. But she doesn’t feel obligated to do it, nor is she swayed by economic arguments.

“It’s not my fault that employers don’t pay folks enough money to live on,” she says. “I don’t think I should subsidize their salaries.”

Demanding tips for everything

Denise Chen, a travel consultant from Jupiter, Fla., agrees. But she wants to do more. She’s done with service employees who demand tips for almost everything, including courtesy van rides to the airport and customer service at takeout restaurants.

“There should be no tipping,” she says. Service industry employees, including restaurant servers, should be paid a living wage rather than having to rely on tips to make up the difference. (Seven states already require restaurants to pay the full state minimum wage before tips.)

Not everyone shares Chen’s sentiment. Some travelers, particularly those who have worked in the service industry, say tipping is essentially mandatory and should stay that way.

Heather Phillips, a former restaurant server from Williamsburg, Va., recalls barely scraping by on her less-than-minimum-wage job. She doesn’t want that to happen to anyone else.

“Do I sympathy tip?” asks Phillips, now a sales manager who travels frequently for business. “Yes.”

She leaves a nominal gratuity even for lousy service. Phillips says to withhold a tip would remove a significant part of an employee’s modest salary.

“Leaving no tip would be a faux pas,” she says.

Whether you tip or not, one thing seems clear: The tipping system, which allows companies to shift some of their expenses to their customers, is irreparably broken. Yet a fix remains elusive. A recent study by Skift Table, an online trade publication, found that eliminating the tip credit would increase costs for employers, leaving some businesses with no choice but to raise prices. Which makes sense, because menu prices are artificially, and deceptively, low.

The tipping picture becomes more complicated when you add the rest of the travel industry to the equation. Now, it’s not just about dining out but also cruises with their mandatory tips, hotels (bellmen, concierges, housekeepers) and tours. That’s not to mention the countless other businesses that have recently hopped on the gratuity bandwagon, including bike rental businesses, coffee shops and even laundromats.

Many consumers are frustrated by these mushrooming expectations. And to be honest, so are consumer advocates like me. Ultimately, this comes down to the issue of price transparency. It’s central to American business — the idea that you should pay the price you’re quoted. No more, no less.

Customers shouldn’t have to subsidize an employee’s wages through their tips, whether they’re ordering a pizza or taking a white-water rafting trip. And now, finally, it looks like we’re slowly reaching the point where we agree: This can’t go on.

So where to go from here — other than to Japan or Europe, which don’t require tipping?

First, expect more confusion. If the number of online searches is any indication, then there’s plenty of that. For example, the question “Do you tip Uber drivers?” gets 17,035 Google searches a month, according to SEMrush, a search-analytics company. A close second is “How much to tip pizza delivery?” — at 10,082 monthly queries.

Can you name the states with minimum-wage laws for restaurant workers? I can’t. How much should you tip your barista, your hotel concierge, or your tour guide? Who knows? But the percentage keeps rising.

Travelers are poised to stop the tipping epidemic. They can start by asking a few hard questions of businesses. Like, why is the real price of a meal or hotel room higher than the one you quoted? Why should your employee wages be my concern? And if they are, can you start showing some empathy toward my circumstances? Offering more customer-friendly refund policies that take into account personal hardships would be a great start.

Having clear, transparent prices wouldn’t just benefit travelers, who would no longer see cash leaving their billfolds in 15, 20, and 25 percent increments. In the end, it would ensure a more sustainable service industry, which would help employees, too. But the first step will be the hardest.