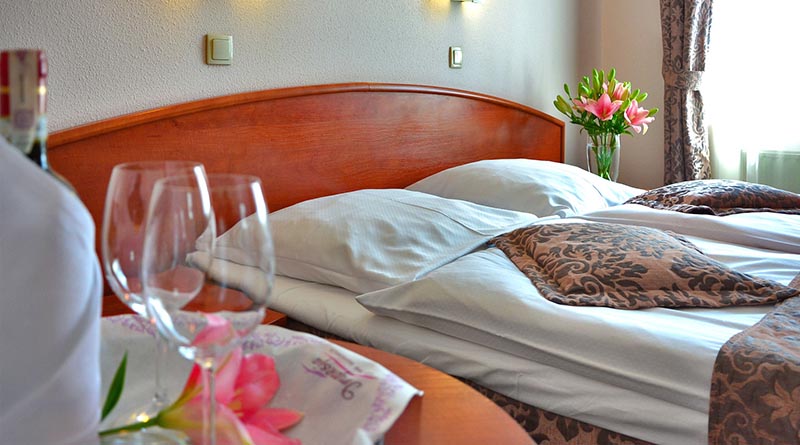 Andy McNamara thought he’d found a bargain through Priceline on a suite in Las Vegas. For just $116 a night, a 75 percent price reduction from the published rate, he and his wife would stay in the 1,000-square foot Carioca Suite at the Rio All-Suite & Casino Hotel. But Priceline booked McNamara the wrong room — and it wanted to keep his money, too.

This case is about more than a simple room mix-up. It’s a bewildering trip behind the curtain of online travel agencies. And it’s the story of one man lost in a maze of uncaring corporations and automated responses that offers a valuable lesson for all of us.

But it is also about a broken promise. McNamara was so thrilled with his Priceline find that he bragged to his wife about them staying in a Las Vegas suite for a night. Now, he faced the possibility of letting her down. That’s not something a sane husband should ever do.

Did Priceline book the wrong room for these “distressed” customers?

McNamara contacted the Elliott Advocacy team, saying he was “distressed” over his hotel reservation.

“I booked a hotel on Priceline,” he explained. “The listing was for a 1,100 square-foot suite. But when I got my confirmation email, it was for a standard suite. The price difference is well over $200.”

McNamara had purchased a room called the Carioca Suite. Here’s what it looks like on the site:

However, his confirmation was for a smaller room.

That’s less than half the room for which he’d paid. Also, it doesn’t have the whirlpool, the half-bathroom and the warm decor!

“Priceline, this isn’t the suite I booked!”

McNamara phoned Priceline to find out why it had booked the wrong room. He sent screenshots and booking receipts to a customer service representative. But the Priceline agent told him it would be up to the hotel to upgrade him.

Unhappy with that answer, McNamara tried to cancel his reservation. But that, too, was impossible. He’d booked a nonrefundable room.

He tried to contact Priceline in writing, but that just made his blood pressure rise. Instead of sending a real response, the online travel agency just sent over this form response:

You contacted priceline.com requesting information about one of your trips. This link has been provided to you so that you can view the Contract Page you were presented when you were submitting Trip [redacted]. Just click on the link, or if that doesn’t work, please copy and paste the entire link into your browser.

And that link, maddeningly, showed exactly what he had been trying to show Priceline. He’d booked and paid for the large, specialty suite and he received a standard room.

If you end up with the wrong room, here’s what you have to do

The steps to a resolution are a little bit more complicated than it seems. First, you have to contact your agent — Priceline, in this case. If someone is sending you form responses, then you have to escalate your case. We list the names, numbers and email addresses of Priceline’s executives on this site.

If that fails, you can take your case directly to the hotel. It bears some of the responsibility. After all, it entered into an agreement with a third party like Priceline to sell its rooms. If a company pulls a bait and switch, then the hotel could terminate its contract. So it has some leverage to make things right.

In McNamara’s case, his hotel is managed by Caesars Entertainment, which is no small company. He could have appealed his case to someone higher up as well. We list the Caesars execs on this site as well.

Point is, you don’t want to take an initial “no” for a final answer. That’s what the online agency — or any other company, for that matter — is betting you’ll do. McNamara shouldn’t have given up. And in a way, he didn’t. He contacted my advocacy team for help.

You’ll never believe what actually happened to this reservation

How did the McNamaras get booked into the wrong room through Priceline? You probably won’t believe it. On second thought, if you’ve been reading this site for long enough, maybe you will believe it. It turns out there was a fourth party involved: a company called HotelBeds, which operates a hotel distribution platform.

To fix this, Priceline needed to check with HotelBeds. And it did.

“We connected with HotelBeds to investigate why Mr. McNamara booked a room believing he had a Carioca King suite but was instead given a smaller suite,” a Priceline representative said. “Unfortunately, they were unable to determine why this happened.”

That’s right. Nobody knew why he paid for a big room but got a small one.

“Obviously, since he came to Priceline to book this, it’s our issue to handle,” Priceline continued. “Customers shouldn’t have to know or care what goes on behind the scenes when they try in good faith to get a hotel room.”

Priceline tried to correct this mistake

Priceline says it contacted the hotel directly to ask them to upgrade McNamara to the suite he wanted.

“But they told us they weren’t able to do so – likely that room was not available,” the Priceline rep said. “So we reached out to Mr. McNamara to ask if he either wanted to keep the room he’d booked — and we would have given him a goodwill refund if he did — or cancel. He chose to cancel. So we canceled his reservation, and of course, at no cost to the customer. He was satisfied with that.”

Hang on. Was McNamara really satisfied with that resolution?

“I wasn’t really happy with that,” he said. “But I realize that they aren’t going to do anything else. The person that called me said that they were unable to put me into the suite purchased because they didn’t have any record that Priceline sold me that suite. This, despite the screenshots that I have. The only other way to prove anything would be to videotape the screen as the order was being made. He did offer a 20 percent discount on the room that they gave me. I agreed to the cancellation because the trip was coming up tomorrow. I’m still very upset about the matter.”

That makes five of us — McNamara, my advocacy team of Michelle, Dwayne and me, and, of course, Mrs. McNamara. (Oh boy, I think he may be in a little trouble with her.)

Did Priceline book the wrong room? No, it’s worse — Priceline handed his reservation off to another company, which screwed up the reservation. Maybe there ought to be a law against this kind of corporate irresponsibility.