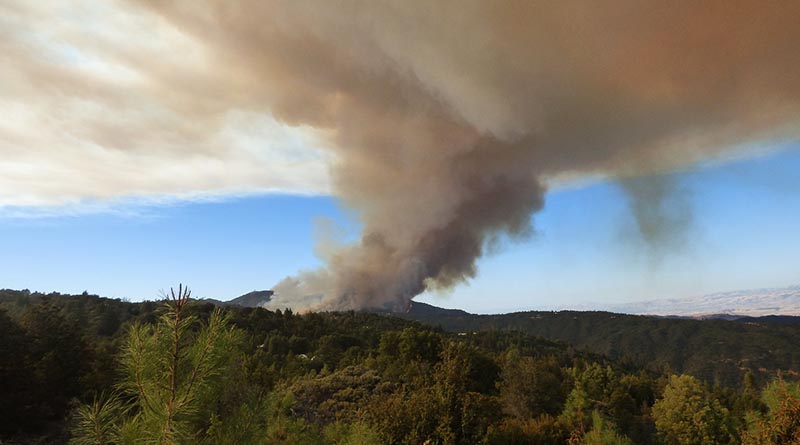 Boy Scout Troop 130 from Morehead City, N.C., is supposed to fly to New Mexico for a stay at Philmont Scout Ranch. But wildfires in New Mexico make their plans go up in smoke. Will American Airlines help?

I’m writing on behalf of Boy Scout Troop 130 in Morehead City, NC. We postponed a trip to Philmont Scout Ranch for 13 Boy Scouts and 6 adults because of wildfires in New Mexico. I have an executive order issued by the State of New Mexico declaring an official state of emergency due to the Ute Park fires. As it turns out, Philmont actually canceled all expeditions for the summer of 2018.

Our travel agent has made attempts to negotiate with American Airlines and they are only willing to waive the cost of the change fee ($200 per person). We are very appreciative of this, but this will not help our situation as the tickets must be used within one year from the date of being issued (May 29th).

The Philmont Scout Ranch does not open until the month of June and our newly assigned camp expedition for 2019 has been rescheduled for June 26th.

It is important to note that all of the funds for this trip were raised by Boy Scout fundraising. Each of these Scouts “earned their way” dollar-by-dollar and it took over two years to accomplish their goal, via popcorn sales, parking cars at local events, spaghetti dinners, donut sales, and BBQ dinner events. We are devastated at the thought of the possibility of having to cancel the trip due to not being able to afford a return trip.

We have single parents on limited incomes and this was a trip of a lifetime for all travelers. This trip was also the planned capstone trip for several boys who have just earned Eagle Scout. We would be very appreciative for any help you can provide to us. — Kristen Richardson, Morehead City, N.C.

I’m sorry about your canceled Boy Scout event in New Mexico. The tickets your travel agent booked for you were highly restricted and American Airlines was absolutely within its rights to charge you a change fee and then expire your tickets a year from the initial date of your booking. That’s how it works for everyone else with these tickets.

To protect you from schedule changes, your travel agent could have recommended travel insurance or a more expensive but less restricted ticket.

Here’s what you have going in your favor: You have a group reservation, and airlines will often bend rules for a group, particularly a group with a charitable purpose. The economic circumstances of the scouts and their parents is probably a less compelling argument, at least from American’s perspective.

As both a former boy scout and a single parent, I’m sympathetic to your case. But as I said at the beginning, American’s rules are clear. You can ask for an exception, but you should not expect anything.

How to ask for American Airlines help

To make your best argument, hone your message and make it brief and unemotional. You’re doing this for a good cause, and a natural disaster prevented you from reaching your destination. Your tickets will have zero value if you wait for Philmont Scout Ranch to reopen. Plus, you’re traveling as a group.

You can send a brief, polite email to one of the American Airlines executive contacts I list on my consumer advocacy site.

It turns out another parent had already tried to contact American twice to see if you could get those vouchers extended, so I agreed to give it a try. American agreed to reissue 19 vouchers, valid for a year from the date of issue. Have fun in New Mexico.