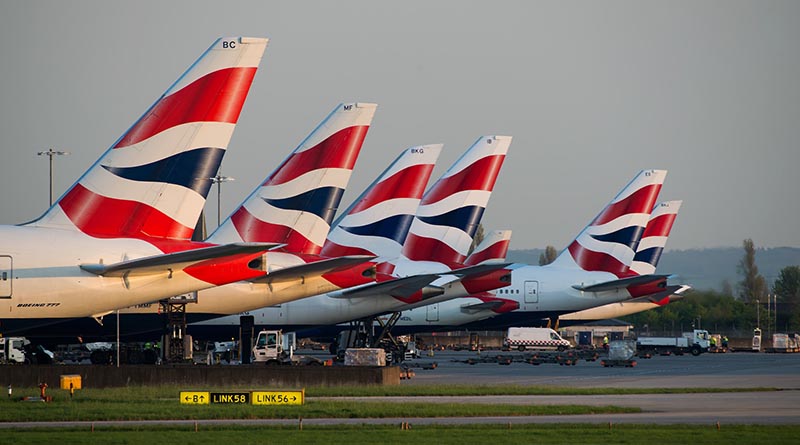 Please welcome Carson Harris to the exclusive club of air travelers who have been downgraded. It happened to Harris on British Airways, which presented him with an involuntary flight downgrade on one segment of a roundtrip flight to Bucharest.

He wanted a $690 refund for being bumped from business class to economy plus, but neither his online agency nor the airline would help him — until we did.

Harris’ case proves that no matter how valid your case, an airline or online travel agency can still ignore your claim. Is anyone surprised? After all, they’re here to make money, not send it back to people like Harris.

Here’s how Harris became part of the Involuntary Downgrade Club: Through Orbitz (owned by Expedia), he booked a business class seat from Chicago to Bucharest with a return to Minneapolis, ticketed on British Airways.

“I was downgraded from business class to economy plus from Chicago to London,” he says. “The flight was overbooked. After contacting Orbitz, I was instructed to complete a complaint form online and was told British Airways would send the refund.”

He did, but British Airways didn’t respond. So he reached out to British Airways. An airline representative told him to contact Orbitz and fill out another complaint form.

“I have done this back-and-forth several times and still get the same answer,” he says.

Orbitz says it can’t help him because of “EU regulations.” And British Airways says he must work through the online travel agency.

The truth about “EU regulations”

What nonsense. EC 261, the European airline consumer protection regulation, doesn’t specifically address refunds through a travel agency, at least not the kind Harris was requesting. We have a complete page of frequently asked questions about EC 261, and have several staffers who are subject matter experts. They’d never heard of the rule Orbitz claimed to cite.

More likely, a company representative was trying to get rid of Harris, and citing an obscure EU law that he was unlikely to know about seemed like the best way to do it. It wasn’t, because he called us — and then we called Orbitz’s bluff.

The truth is, Orbitz took Harris’ money and, and as his travel agent, is responsible for securing a refund. Playing the blame game just doesn’t cut it. This British Airways flight downgrade deserves a full refund, and it doesn’t matter who pays it, as long as he gets his money promptly.

No refund — now what?

My advocacy team reviewed the maddening paper trail between Harris, Orbitz and British Airways. We couldn’t believe it.

Harris sent a brief, polite email to Orbitz, which promptly sent him a form response, asking him to contact British Airways. After a few weeks, he wrote back, asking about the refund, and it just sent him the same form response. That’s beyond irritating.

Fact is, EC 261 does address an involuntary flight downgrade, but not in the way Orbitz claims. EC 261 says he’s entitled to reimbursement of a percentage of the price of his ticket, depending on the flight distance. Since the distance between Chicago and London exceeds 1,500 km, British Airways must reimburse Harris 75 percent of his ticket cost, according to EU regulations.

Our advocate Dwayne Coward recommended Harris go to the , print out the downgrade form, sign it and scan it to his computer, and then send it to British Airways.

While it’s true that the airline’s website says a compensation request should be made through the travel agent, it seems to conflict with EC 261, which states that it should be sent to the airline. So, to cover all his bases, our advocates recommended he send the form to both Orbitz and British Airways.

And you can probably guess where that got him? Absolutely nowhere.

How we resolved this British Airways flight downgrade with no refund

Sometimes, you need a good advocate on your side. Dwayne decided that enough was enough, and contacted Orbitz on behalf of Harris.

To which it responded:

Apologies on the delay – it appears that the customer was advised by British Airways that he was entitled to a refund due to a downgrading of his class of service. However, they referred him to Orbitz for the refund when in fact British Airways needed to process this.

I received confirmation from our team last night that Orbitz has submitted the refund request to British Airways as of June 27, 2018, and they anticipate a reply within 5-7 business days. The customer has also been notified of this information.

And how about the rest of us? We have a lot of great takeaways from his odyssey. First, let’s define a flight downgrade. Strictly speaking, a “downgrade” means moving from a higher class of service to a lower class. At least that’s how the Department of Transportation defines it, noting that if it happens to you, you’re entitled to a refund of the price difference.

Many of our readers believe that moving from a window to an aisle seat is a downgrade. It’s not. But if you paid extra for the window seat, you may have a case for a refund of your seat reservation fee.

The final lesson learned from this British Airways flight downgrade: Be very skeptical of jargony explanations from any company you deal with. Big companies like to hide behind regulations – claiming that they say something they really don’t. If you paid a company for a service, it the company is responsible for any refund — not a third party. The buck stopped with Orbitz. Case closed.