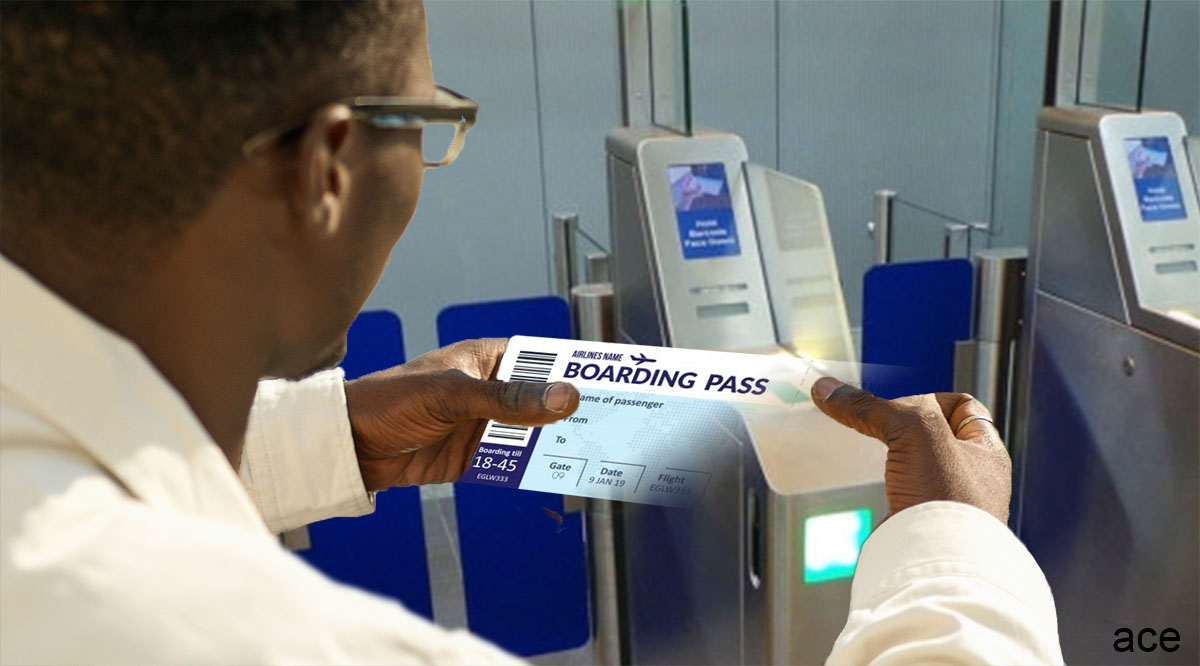 When Benjamin Eckstein’s JetBlue airline tickets disappeared, he didn’t know what to do. Should he call his online travel agent? Buy new tickets at the airport? Drive instead?

But it’s a 3,127-mile road trip from Boston to San Jose. That would have taken almost 50 hours nonstop. No, motoring cross-country with a wife and two young kids wasn’t what Eckstein had in mind.

Instead, he bought a new ticket to San Francisco on United Airlines the next day and tried to sort things out with his airline and travel agency.

And that’s when Eckstein reached out to my advocacy team. He learned how easy it is for an airline ticket to disappear — and how hard it is to get it back. He also found out that when that happens, no one wants to take responsibility for it. Often, it’s the hapless passenger who has to eat the replacement cost.

But will the same thing happen to Eckstein?

How did these airline tickets disappear?

Eckstein’s tale of disappearing airline tickets started last summer when he arrived at the JetBlue counter at Boston Logan Airport.

“When I got to the airport with my family, JetBlue had no record for these flights, even though we had confirmation numbers for the tickets,” he says.

“I tried to call Orbitz,” he says. “The calls disconnected twice, and we had to call back and start the conversation with someone new. Eventually, a representative told me there was nothing they could do for us at the time, and we had to wait for a call back within 24 hours.”

Of course, he couldn’t wait 24 hours to fly to San Jose. So he booked new tickets to nearby San Francisco on United Airlines for his family and got a room at a hotel in Boston. The next day, he called back Orbitz.

Here’s where things get a little complicated. Eckstein had used ticket credits from a previous cancellation to book the new JetBlue tickets.

“I discovered JetBlue had never applied the credits. They were still sitting in my account,” he says.

Unbelievably, Orbitz had confirmed his tickets on JetBlue and even issued a confirmation number — but there were no tickets.

An Orbitz representative assured Eckstein that he wouldn’t be on the hook for the walk-up fare to San Francisco or his hotel.

“They asked me to send in the receipts for the flights and hotel I had to book so I could get a refund,” he says.

But Orbitz didn’t acknowledge the receipts he sent.

“After the trip, we reached back out to them, and they requested ticket numbers and receipts. I provided all the information to them, yet to this day, we have gotten no response despite our many efforts,” he says.

I’ll explain what went wrong with Eckstein’s ticket and what I did to help him fix it.

So can a reservation just disappear? Absolutely.

I know of several cases where passengers with confirmed tickets show up at the airport only to get turned away at the gate by their airline.

It usually happens with a third-party booking, like an online travel agency. Technically, the tickets haven’t disappeared — they never existed in the first place.

A ticket is more likely to disappear on a complex itinerary, like these passengers who discovered a missing flight leg on their Expedia itinerary.

In extreme cases, online agencies even sell tickets for flights that don’t exist. But that’s pretty uncommon. I’ve only heard of it happening once or twice.

Usually, online agencies fix these mistakes long before the flight. But sometimes passengers don’t realize that they do not have a valid ticket until the day of their flight. That’s when you get a situation like Eckstein’s, where he has to buy a new ticket and find a hotel for his family.

But how does a ticket disappear? It’s usually a glitch between the online agency’s reservation system and the airline. When the two don’t communicate, the reservations system can generate a nonexistent ticket. It even has a confirmation number.

The obvious workaround: Don’t book through a third party. Instead, buy your ticket directly through the airline. When an airline sends you a confirmation number, you can be 99 percent certain you have a reservation. (But it doesn’t hurt to double-check.)

What should you do if your ticket disappears

If your airline ticket disappears, here’s what you need to do.

First, look for a ticket number. If you have one, you should have a ticket. Travelers sometimes use the terms “confirmed” and “ticketed” interchangeably. But there’s a difference. A confirmed reservation will create a passenger name record, or PNR. But a ticketed reservation has both a PNR and a ticket number. That’s the real deal.

If you have a ticket number, contact your airline. Your airline can find your ticket and get you on the flight.

If you don’t have a ticket number, reach out to your online travel agency. Yes, you’ll probably be dealing with an online agency like Expedia or Booking.com. Tell them immediately that they failed to ticket your flight and ask for options. The agency should book you on another flight and cover your basic expenses, like a hotel and ground transportation.

DON’T WAIT UNTIL YOU GET TO THE AIRPORT TO VERIFY YOUR TICKET. Check your reservation the moment you receive your ticket. Look for a confirmation number and a ticket number. If you don’t have both, let your online agency know IMMEDIATELY.

But there are exceptions to these rules.

How this ticket disappeared

This was a somewhat complicated case.

Eckstein had a JetBlue flight at the start of the pandemic. JetBlue canceled the flight. He received a credit from JetBlue through Orbitz.

Then he tried to use the credit for a flight last August. He booked that flight through Orbitz again. It issued a confirmation number, which led him to believe he had the tickets.

Unbelievably, it also had ticket numbers. So he would have had no warning that these tickets weren’t real. The only way he could have found out would have been by contacting JetBlue directly.

JetBlue said Eckstein didn’t have a ticket when he showed up at the airport. So he had to book new flights on to San Francisco, as well as a hotel room.

Orbitz asked him to submit his expenses. And when he did, it failed to respond to his refund request.

And that’s what led him to Elliott Advocacy.

What Orbitz should have done

Usually, when an online agency sends you a confirmation number for your airline tickets, you can rest assured that you have an airline ticket. I’m not sure why Orbitz didn’t apply the JetBlue vouchers to Eckstein’s new tickets.

When online travel agencies have a customer with disappearing tickets, they usually jump into action immediately.

Orbitz should have fixed Eckstein’s problem quickly when it realized what happened. And by “fix,” I mean book him and his kids a new ticket and pay for a hotel room if necessary.

Instead, it just kept him on hold for hours.

And what could Eckstein have done besides call to confirm his tickets? After Orbitz promised a refund, he could have given the company a little nudge. I publish the names, numbers and email addresses of the appropriate Orbitz managers on this site.

A brief, polite email might have helped move Eckstein’s case in the right direction.

Orbitz: “it was an error on our end”

I contacted Orbitz on behalf of Eckstein. Here’s how it responded:

Our customer relations team was able to get back in touch with us fairly quickly on this one and took immediate action. I can confirm that we have refunded the customer for their requested amount in full, a total of $2,601.

The research on this case was pretty straightforward in that it was an error on our end. The agent helping the customer successfully booked the United flight but did not successfully complete the booking for the JetBlue flight using the customer’s credits.

Mistakes happen, and we take responsibility on this one. Thank you for bringing the case our way and we are glad we were able to resolve with the customer.

The online agency also reached out to the Ecksteins. Shortly after that, received a note from his wife, Marnie.

“Whoa!” she wrote. We just got an email from Orbitz saying they are processing the refund. You are a miracle worker. Thank you so much!!!!”

Orbitz did the right thing by owning up to its mistake and refunding the Ecksteins. But for the rest of us, this is a valuable lesson in the often misunderstood dynamic between an online agency and an airline. It’s also a reminder to check — and double-check — your airline reservation before you leave. And if you’re using a voucher to pay for your flight, take nothing for granted.

Has your airline ticket ever disappeared?

I’d love to hear your story of vanishing tickets. If that’s ever happened to you, or if you have advice for anyone who is struggling with a disappearing ticket, scroll down to the comments and do your thing.

Artist Aren Elliott wondered what a real disappearing ticket would look like for this illustration. “I imagined the boarding pass fading away as you approach the gate,” he says. “I’d be panicking.”

Christopher Elliott is the founder of Elliott Advocacy, a 501(c)(3) nonprofit organization that empowers consumers to solve their problems and helps those who can't. He's the author of numerous books on consumer advocacy and writes weekly columns for King Features Syndicate, USA Today, Forbes and the Washington Post. He also publishes Elliott Confidential, a critically acclaimed newsletter about customer service. If you have a consumer problem you can't solve, contact him directly through his advocacy website. You can also follow him on Twitter, Facebook, and LinkedIn, or sign up for his daily newsletter. Read more of Christopher's articles here.
101667