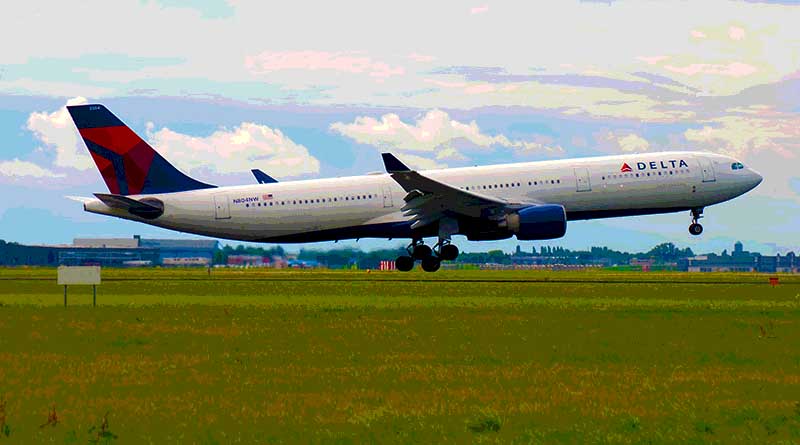 Lin Wang takes the domestic leg of her Delta Air Lines journey to China without incident. The problem comes when she tries to board the international portion of her trip using an expired Chinese passport and a notice from the Chinese embassy. She explains that these are valid travel documents for her to enter China, but the gate agent is unconvinced, and she’s denied boarding.

Now she wants to know who is responsible for this travel fiasco.

My mom and I purchased Delta Air Lines tickets from Florida to China. After we flew from Florida to Seattle, we were denied boarding to Beijing. We already had boarding passes for this flight. I have a valid green card and an expired Chinese passport. I also had other valid travel documents, something like a temporary passport that the Chinese Embassy issues for people who lost their passports or have expired passports and need to go to China. With this, even with my passport expired, I can still go to China without any problem.

When we landed in Seattle, Delta Air Lines gate agents announced several times that passengers could stay and they would reward each passenger an $800 gift card. But, nobody wanted to stay. As we tried to get on the plane, suddenly I was denied boarding. The Delta Air Lines gate agent told me that I could not go to China using my expired Chinese passport. He would not consider my other travel documents.

I pointed out that the Delta Air Lines gate agents in Florida gave us boarding passes to China. I begged them to call the Chinese embassy to confirm that I could enter China with my expired passport. They refused. The gate manager, Derek, said he would refund our tickets and give us each an $800 gift card as compensation. We refused this offer.

I want a refund of our tickets, the gift cards, repayment for incidentals and Derek should be reprimanded. Can you help? Lin Wang, Pompano Beach, Fla.

When I first read through your complaint, I wasn’t confident that we could successfully resolve your case. After all, it is always the passenger’s responsibility to know and possess the valid travel documents needed for their intended destination.

In fact, we have published many articles on this topic.

It’s quite rare that a passenger would receive any compensation after being denied boarding because of insufficient travel documents.

Most travelers who show up at the airport without valid travel documents end up back home where they started — no refund or vacation included.

But you presented several points that made your case both complicated and unique.

First, you weren’t traveling on a U.S. passport. You were traveling with an expired Chinese passport and a green card. And you presented an additional document from the Chinese embassy. You told me that your paperwork proved that you could enter China with the expired passport and the other documentation.

Unfortunately, your supporting document was a lengthy one — and written entirely in Chinese. The gate agent couldn’t read Chinese and wasn’t willing to accept this proof. And so you were denied boarding.

I can’t read Chinese either, so I put your document into Google Translate. It appears that you printed out a generic notice from the Chinese Embassy’s website in support of your claim. The notice does not address whether or not you specifically could travel with the documentation that you presented.

Your evidence may prove that you could travel to China with your expired passport and the additional documents. I really don’t know. But without an official translation of this paperwork; it’s murky. And the Delta Air Lines gate agent was under no requirement to take a chance and allow you to fly to China.

Delta Air Lines has a vested interest in making sure that it does not transport anyone to a foreign country without valid travel documents. Airlines can be heavily fined if they allow a person to board a flight without proper identification.

If a passenger has an atypical situation, it’s the traveler’s responsibility to provide official, notarized proof of the validity of their travel documents. You didn’t have that type of evidence.

However, you believed that you were denied boarding because of an oversold flight.

But the facts point to something different. When I put your information into The International Airline Transport Association’s (IATA) document checker (Timatic), I received the same message that the Delta Air Lines gate agent received concerning your travel documents.

No, the documentation you hold is NOT sufficient for the journey you have specified.
Passport required.

Document Validity:
Passports and other documents accepted for entry must be valid on arrival.

So while I couldn’t agree with you that you were involuntarily denied boarding because of an oversold flight, I wondered why you had been allowed to board your initial domestic flight in the first place. And as I continued to read your long paper trail, things became more puzzling.

Delta Air Lines had already approved most of what you were asking for — minus the reprimand of Derek.

In your frustration, you had conducted an ill-advised letter-writing campaign to Delta Air Lines, the Department of Transportation and our advocacy team.

I WILL REPORT YOUR DISGUSTING AND SCAMMING BEHAVIORS TO THE PUBLIC MEDIA AND THE RELEVANT DEPARTMENT IF YOU DON’T GIVE ME A SATISFYING SOLUTION!!!!!

You sent this specific email after Delta Air Lines had already approved your refund.

Delta reiterated that, according to Timatic, you had not been denied boarding in error. The airline approved your refund because of the gate agents’ mistake in Florida. You should not have been permitted to begin your journey in the first place with the expired passport.

When I pointed out that Delta had already approved your refund, you told me that you hadn’t received it and that the airline had stopped responding to you.

How to write an effective complaint letter

Christopher offers helpful tips concerning how to write an effective complaint, but you hadn’t read them before you wrote your letters to Delta. That’s unfortunate because your emails likely alienated you from any airline executive who could have quickly processed your refund. Instead, the company referred you back to your travel agent.

When you’re writing a self-advocacy letter, it’s important to remember that you want to convince the reader that they want to help you. The person who receives your email likely receives many complaints per week. The best way to get a positive result is by making your correspondence short, polite and factual.

By the way, that’s true when you’re writing to a consumer advocacy site as well.

You checked with your travel agent, who told you that they could not process your refund because Delta Air Lines had taken control of the ticket.

So I contacted Delta on your behalf. The company quickly responded with a refund of your original tickets. Additionally, you and your mom will each receive $750 Delta Air Lines travel vouchers for your inconvenience.

You are pleased with this resolution, but you still maintain that you did possess valid travel documents for your situation. And you pointed out that you are now in China, having flown there on another airline with your expired passport.

Travelers should always remember it’s not up to the airlines to take a chance on you. If your international travel documents deviate from the norm, it’s imperative to have official proof to support your situation.