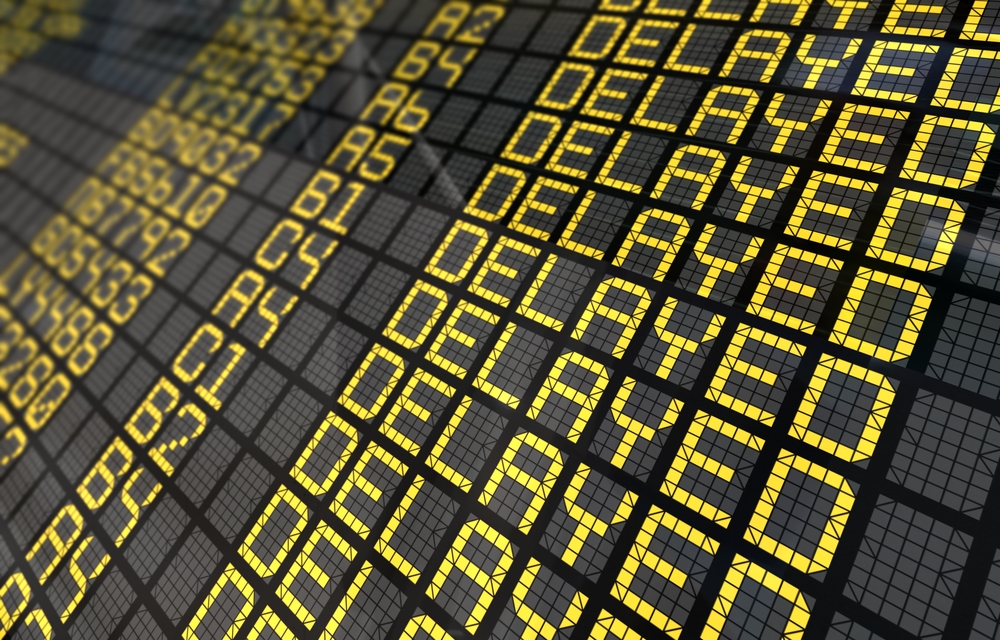 Even though Kurt Johnson doesn’t work for the TSA, that doesn’t stop him from lending a hand when he’s stuck in a long line at a security screening area. “I’ll sometimes grab an extra tray or two to help move things along,” says Johnson, who runs a fitness Web site in Los Angeles.

Like most frequent air travelers, Johnson has always suspected that the main cause of travel delays aren’t the operational challenges that airlines, buses and trains face, but other people. New research may prove him correct.

A study now in progress follows up on the findings of scientists at Dartmouth College, MIT and the University of Texas at Austin, which concluded that although the average flight delay is 15 minutes, this translates into an average half-hour holdup for passengers because of missed connections and cancellations.

That made Dartmouth engineering professor Vikrant Vaze wonder about the root causes of delays. Specifically, who’s to blame for most of them: airline crewmembers or passengers? “There are various ways delays can happen,” he explains. “Right now, the effect of aircraft disruptions is fairly well researched. The impact of crew and passenger unavailability is less well studied.”

Passengers already have their own theories, and they aren’t shy about sharing them. Their anecdotes offer a few strategies for lessening travel delays, at least until Vaze’s research is done.

Sometimes, the slowdowns are caused by a pilot or a flight attendant who didn’t show up for work. Manny Kopstein, a marketing executive from Tiburon, Calif., was escorting a group of students from San Francisco to Cancun, Mexico, several months ago when a United Airlines agent told him that his flight had been delayed. “Your captain cannot be found,” she repeated. “He’s a no-show. The crew is here and checked in, but the captain can’t be located.”

United rerouted Kopstein’s group through Houston, but they lost thousands of dollars in forfeited hotels. United offered a $250 voucher as an apology after I asked the airline about his trip.

The bulk of people-caused delays, though, are the fault of other passengers. Barry Maher, a professional speaker based in Corona, Calif., recalls a recent flight from Santa Barbara to Los Angeles. “It was a late-boarding family who’d also bought their tickets late, and who refused to be seated until they could all sit together,” he recalls. “Several people, including myself, volunteered to switch seats with them, but [the father] insisted that the airline do the rearranging around the seats he wanted, in the process bumping two people on aisle seats into middle seats.”

Most of the time, delays aren’t so dramatic. It’s one or two passengers who board slowly or have trouble finding space in the overhead luggage compartment. But put it all together, and it creates a ripple effect of delays, which can lead to late arrivals or missed connections.

The knowledge gained from these collective experiences applies to almost any mode of transportation — even the New York subway. Kenneth Campbell, a TV producer from Yonkers, knows, as do most daily subway commuters, that tourists move slowly on and off the platforms. You don’t walk with the crowd; you cut through it if you want to get to work on time. “I’ve learned that sometimes a friendly New Yorker is a late New Yorker,” he says.

The takeaway? Avoid the tourist mob, no matter how you’re getting there. It will almost certainly slow you down. Pack light and don’t be afraid to run from time to time.

Coming up with a solution to passenger-caused delays may be the provenance of researchers like Vaze, the Dartmouth professor. He wonders not only about the blame-breakdown between airline employees and passengers, but also about how the study might affect airline policy. “Perhaps we’ll know that crew contributes X percent of the delays,” he says. “But will it be 1 percent, or 5 percent, or 20 percent? We don’t know yet.”

Also, says Jason Pedwell, a frequent traveler and business consultant based in Seattle, find a seat that’s easy to reach, like an aisle seat. That will also ensure that you won’t experience any additional delays when you exit. “As soon as the plane reaches the gate, I’m up, bag in hand and standing in the aisle,” he says.

But sometimes, despite your best efforts, you can’t prevent a delay. Frequent traveler Cathy Svacina remembers a recent flight from Kansas City to New York. Her aircraft taxied down the runway and then abruptly pulled over and waited for more than half an hour. “The pilot said we were having a slight delay but, he didn’t say why,” remembers Svacina, a professional memorabilia collector from Kansas City. “I saw a small cart drive out to the plane with a gentleman on it.”

The passenger boarded and sat down in the empty seat beside her. “I said to him, ‘You must be the president of this airline to get service like that,’ ” she says. “He looked at me and then quietly said, ‘Oh no, I’m only the vice president.’ ”