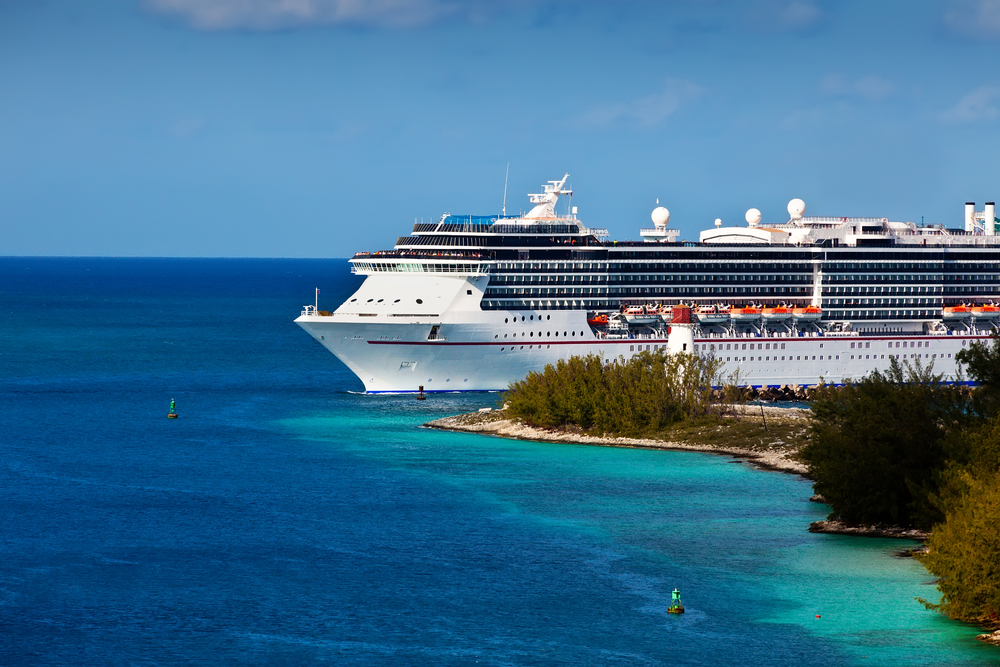 One afternoon, after plummeting down its Twister water slide, she says, she found herself trapped in a dangerous undertow. “I couldn’t get out,” remembers the retired librarian from Westlake, Ohio. She says that crew members didn’t assist her, and only after her sister cried for help did another passenger jump into the water and rescue her.

Busovicki, like a small but growing group of consumer advocates and passengers, believes that cruise lines aren’t doing enough to protect their customers. Despite an industry effort to regulate itself, consumer groups are asking the government for tougher rules that would ensure them safer passage.

When Busovicki visited the ship’s doctor, he told her that she’d nearly drowned in the pool. The experience put a damper on the rest of her vacation, and she says that she was disappointed when Carnival didn’t try to make up for the incident.

In an e-mail, Carnival said that it’s “extremely sorry” for what happened to her but insisted that it followed safety procedures similar to those for land-based water slides.

“The safety and well-being of our guests are at the forefront of our mind on all cruises, with making sure that you have a fun and memorable vacation coming a close second,” the company said. Carnival offered her a $100 credit as a “gesture of goodwill.”

A Carnival representative reviewed Busovicki’s claim after she contacted me and said that the firm had handled her case by the book. Not only are its shipboard slides designed with safety in mind, the representative said, but an undertow is unlikely, since the landing trough is a flattened-out, shallow extension of the slide, with at least four team members staffing the area at all times.

“She was treated with care and compassion both from our medical team and our guest services staff, and a full examination of what she reported was conducted,” said Carnival spokeswoman Jennifer de la Cruz. “The guest services team followed up with her several times and had an in-person meeting with her so that she could share her concerns, according to the ship’s notes.”

The cruise industry claims that trips are safe, despite congressional hearings and passenger accounts that have suggested otherwise. In an attempt to preempt government regulation, the industry adopted a “passenger bill of rights” that addressed some of the most common cruise complaints. The document gave customers the right to get off a docked ship if food, water and medical care can’t adequately be provided on board; the right to a full refund for a trip that’s canceled because of mechanical failures; and the right to have full-time, professional emergency medical attention available aboard ocean cruises.

But is the self-imposed bill of rights, which is now more than a year old, enough to ensure cruise passengers’ safety? Some industry watchers are doubtful. “The bill of rights didn’t give passengers any real additional rights,” says Kendall Carver, chairman of the International Cruise Victims Association. “Instead, it was a PR move.”

What are cruise lines trying to avoid? A proposed law called the Cruise Passenger Protection Act. Among other things, the bill would compel cruise lines to offer customers a clear, upfront summary of the restrictive terms and conditions in cruise contracts. It would also give the federal government more authority to protect cruise ship passengers, including investigating complaints such as Busovicki’s. In addition, the proposed law would make all alleged crimes on cruise ships publicly available information. The FBI currently reports only crimes that are no longer under investigation, leaving passengers with the impression that cruises are practically crime-free.

Although the industry’s effort to self-regulate slowed momentum in Congress, it didn’t stall the proposed law entirely. The bill’s sponsor, Sen. Jay Rockefeller (D-W.Va.), who’s chairman of the Senate Committee on Commerce, Science and Transportation, is trying to incorporate parts of the bill’s language into an upcoming Coast Guard reauthorization bill. That follows a Senate hearing this summer in which passengers testified about the lack of consumer protections.

The Cruise Passenger Protection Act is necessary to “level the playing field” for passengers, according to Edward Bassett Jr., a Boston attorney who specializes in transportation policy. He notes that some of the laws that apply to cruise ships are more than a century old and were passed to encourage shipbuilding rather than consumer protection. “In the past, the courts have liberally construed these statutes in the ship owner’s favor,” he says. “New legislation is needed to give passengers from this country meaningful legal rights which can be enforced here in the United States.”

The cruise industry disagrees. “The Cruise Passenger Protection Act is a solution in search of a problem that punitively singles out the cruise industry, needlessly creates a new federal bureaucracy at taxpayer expense, and will likely increase the cost to consumers in taking a cruise,” says Michael McGarry, a spokesman for the Cruise Lines International Association.

Although it can sometimes be a challenge to separate rhetoric from reality on this issue, there are practical takeaways for anyone planning a cruise this fall. Consider an insurance policy with a medical evacuation benefit, so that if you fall ill, you can return to the States quickly. Medical care aboard ships, despite claims to the contrary, is not always up to American standards.

Take a camera and use it to collect evidence if there’s an incident on board. Cruise lines may videotape common areas, but if there’s an incident, they won’t give you the footage, says Jack Hickey, a maritime lawyer based in Miami. “Get the full names, addresses, e-mail addresses and cell numbers of all witnesses.”

For now, government regulators may be powerless to mediate matters such as customer satisfaction, billing issues or itinerary changes, but that isn’t stopping them from trying. The Federal Maritime Commission’s little-known Cruise Passenger Assistance program can contact a cruise line on the passenger’s behalf and facilitate “a discussion” of the problem at 866-448-9546 or by e-mail at [email protected] And, of course, a competent travel agent can help if you have a customer-service problem.

Until the proposed laws are enacted — if indeed they ever are — it’s best to take the same precautions you would on a land-based resort vacation.