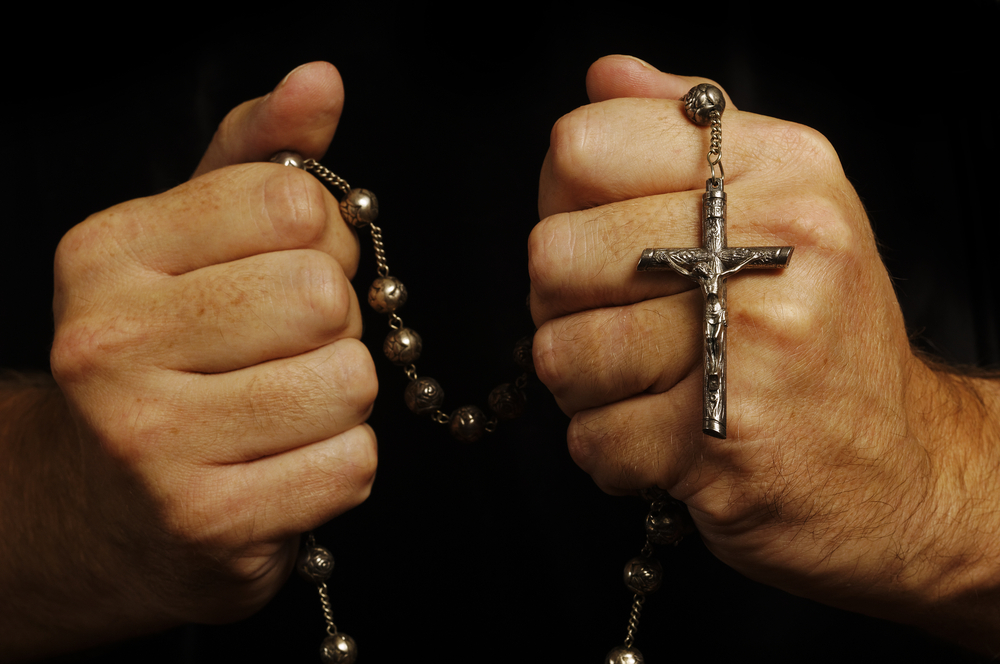 In my line of work, when you get a complaint from someone with the title “Imam,” “Rabbi” or “Reverend,” you assume something has gone wrong – very wrong. The clergy are generally not a member of the complaining class.

So when I heard about the troubles of Brother John Baptist, a Benedictine monk from the Monastery of Christ in the Desert in Abiquiu, NM, I suspected that United Airlines, the carrier that was supposed to fly him from Malawi to Albuquerque, NM, had really sinned.

Brother John Baptist traveled to Malawi to visit his mother in late November. While he was there, he tried to extend his stay. The monastery paid for the ticket change. Somehow, his return ticket had been canceled. My colleague David Segal has a few more details in his account, although he doesn’t have all the details, as I’ll explain in a minute.

United claimed there was a problem with Brother John Baptist’s credit card. But the airline didn’t bother notifying him or his monastery about the credit card irregularity, or the fact that he didn’t have a valid ticket.

“United Airlines canceled a brother’s return ticket while he was in a foreign country without notifying us,” Abbot Philip Lawrence wrote to me. “United has failed to justify this decision. Most distressingly, United has done nothing to help us return our brother to the United States.”

I expected that when the good people at United learned they’d stranded a brother in Malawi, they’d jump right to it. They didn’t. Brother John Baptist languished in Lilongwe while his brothers in New Mexico panicked. They tried to contact United on his behalf, but according to the Bendectines, they received only excuses.

After the monks got in touch with me, I immediately reached out to United, and soon Brother John Baptist was on a plane to America. I can’t take credit for it; I think the brothers pressured the airline to do the right thing all by themselves.

United sent a rare personal email to the monastery.

Robert Bradford forwarded your email to me and asked that I research your concerns and contact you on his behalf to provide a prompt explanation and amicable resolution. Please forgive the delayed response to your concerns.

I am happy to know that my colleagues were able to correct the errors made by United; and now Brother John Baptist has confirmed return travel from Malawi to New Mexico.

If possible, I would like to speak with you via telephone to offer our full apologies and goodwill compensation for the inconvenience caused; however, your email did not contain any information for me to contact you directly via telephone.

I look forward to speaking with you at your convenience. Your patience and your business are greatly appreciated.

United eventually reached the monastery and offered a personal apology and a $350 ticket credit. Apparently, something had gone terribly wrong with United’s fraud-detection systems, which triggered the cancellation.

But that isn’t why I’m writing about this. It doesn’t matter that the “Haggler” couldn’t bring himself to mention my involvement in this case.

Rather, I’m interested in what the monks made of the whole episode. I think that’s the real story. Let’s go straight to Abbot Philip’s weekly message.

Dear Friends of the Monastery,

Blessings to you! What a different kind of week this has been for me. I began at home, in my own cell, and am back there now. But in between all kinds of things have happened in the quiet life of a monk!

Thank you for helping me with the problem of the return ticket of our Brother John Baptist. That situation has been resolved and the ticket is now back in place as it should have been. The whole experience was, in general, quite unsatisfactory, and taught me a lot about customer service and large corporations and care for others.

There were an incredible amount of untruths told to us by the airline customer service agents. Sometimes they contradicted themselves. I am sure that not of that was intentional on their part, or at least I hope that it was not. It is clear to me in this digital age that there are many levels of security and that they do not all interact with one another. They are all meant to protect against fraud, but not meant to protect the client. That is where the difficulty lies.

When I look at what happened with the airline from the perspective of spirituality, some things seem to reflect back to me. First, we must always love one another and strive to live in peace and tranquility. I repeat this peace and tranquility all of the time, both for my own sake and for the sake of the community. The airline might get a 50 percent rating on this virtue.

Secondly, we cannot tell lies or untruths which only serve to cover up our own negligence. Lots of us tell little white lies now and then and most of the time no one catches us out with them. This is not a good way to live, but it happens. On the other hand, public statements, statements that can be checked out fairly easily, need to reflect the truth, even when it is not flattering to ourselves. In this, the airline scored maybe 40 percent.

Thirdly, we should not pass the fault which is ours on to another person or entity. We see this already in the Book of Genesis when Adam does not want to take responsibility nor does Eve. It is deeply ingrained in our humanity and yet in order for a world to live in peace or a community to live in peace, this type of behavior must not be condoned. Here the airline scored about 30 percent.

In a community, we don’t throw away monks because they score low in things such as this. On the other hand, if a community does not insist on right behavior, it will eventually fall on bad days and probably cease to be a community.

Companies need also to look at these values or they too can cease to exist. The airlines are already an endangered kind of service. Monastic life is also in trouble in many parts of the world. For monks, the only solution is a strong life of prayer and a strong monastic life in general. For airlines, not religious entities, a focus on service is surely something that helps an airline. For monasteries, it is difficult for outsiders to be able to give feedback unless the monastic community is open to it. It is even more difficult for an airline. Sure, there are websites and phone calls and ways to try to send a message to an airline, but unless there is some listening, then such actions are futile and just waste our time.

While it is not easy to avoid doing business with a specific airline, especially when they are principal carriers to parts of the world, one can avoid them as much as possible. This is the way business works: if we are not given good service, then we cannot recommend a business. If we are given bad service, then we begin even to avoid doing business with the company. And the same is true of monasteries. If a monastery is not living a true monastic life, people begin to sense that and even begin to avoid such a monastery. If a monastery treats people badly, then they stop going to that monastery.

So I have learned a lot about one airline carrier through all of this, but also see the truth of the situation reflected in our world, in the Church, in dioceses, in religious communities. All of us live public lives in the present age and good or less than good behavior becomes quickly known.

Also through this experience I see the real power of the social media. I had heard before that through five people, we will know the whole world. That is why I sent a distress message on my notebook mailing list. What an incredible response! Thanks for all who prayed, who offered tickets, who offered connections, who offered love and support. This was a tremendously positive experience for me from those on the mailing list.

Be assured of my love and prayers for you. I will celebrate Holy Mass for you and for your needs and intentions. May the Lord unite us all and with all others in a love which can change our world so that it is truly the dwelling of the Lord in every aspect. I send my love and prayers.

Your brother in the Lord,

Some of you reading this will demand more facts — facts that you suspect will exonerate United. Others — and I suspect it will be the majority of the “average” readers — will say “how could United do this?” I tend to side with the “how could they?” crowd.

United apologized, returned Brother John Baptist to New Mexico, and offered a flight credit. But did it really do enough?

57 thoughts on “What can a Benedictine monk teach United Airlines about customer service? A lot”