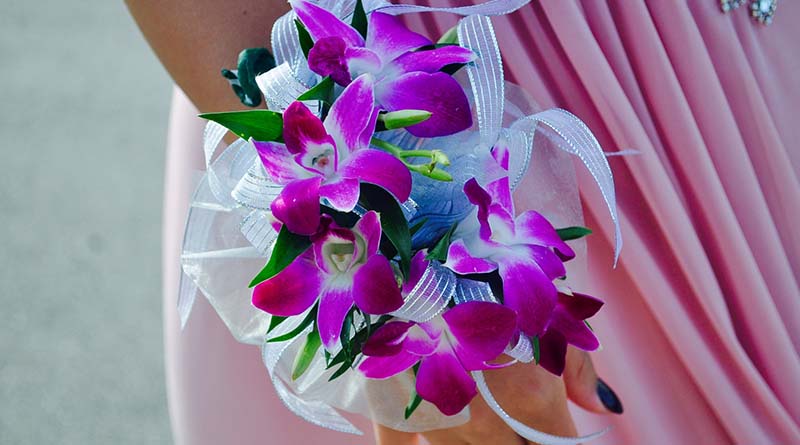 Ben Brian says his daughter missed the prom because of a company called Promlilly. It sent her an unattractive and damaged prom dress that looked nothing like the photo on its website.

He wants to send this monstrosity back and get a refund. But there’s a big problem — who, and where, is Promlily?

This case should serve as a warning for all consumers looking for great bargains on the internet. Almost anyone can hang a virtual retail shingle on the world wide web. So proceed with caution. Most of these sites have no customer service included and may be located in far-off lands not governed by U.S. law. And you may find yourself with a subpar product with no possibility of return or exchange.

She missed the prom because of a discolored dress?

Brian says that his daughter found a lovely burgundy dress on the Promlily website. As she excitedly planned for the prom, she eagerly waited for the delivery of her gown. One month later, all her hopes were dashed when the “envelope” with her dress showed up.

Unfortunately, what arrived deviated significantly from the website’s photos. And his daughter was “devastated.”

“The dress arrived via DHL with no padding,” Brian recalls. “The color was candy-apple red, and the lacing was coming off as it had been glued on. She was devastated by the entire look and decided not to go to the prom.”

Wait. What? His daughter missed the prom because of the color of the dress?

This is the part of Brian’s story that scored low on my credulity scale. As a mom of a 16-year-old daughter currently planning for the prom, I know that a discolored dress or flimsy beading would never be a roadblock to the dance.

I knew there was more to that story.

Brian immediately sent a request for a refund to Promlily through its website. And then he discovered the reality of dealing with virtual companies of unknown origin: Customer service is nonexistent.

Please advise on the status of this return. We have heard nothing and will start the Better Business Bureau complaints and reach out to the local consumer watchdog agencies unless we hear something tomorrow.

Unfortunately, when dealing with a company across the world (in this case Malaysia), it likely won’t be concerned about your BBB threat. And Promlily wasn’t. So Brian turned to our advocacy team.

Initially, not knowing anything about Promlily, I pointed out that this type of threatening tactic probably wouldn’t lead to a positive resolution. Elliott Advocacy recommends a polite and non-accusatory approach in your communication with a company. Remember that you are trying to make the representative want to help you.

I always refer our readers to Christopher’s article about fixing your own consumer problems. In most situations, the advice can work wonders with your self-advocacy attempts. Unfortunately, though, not with Promlily.

Brian got nowhere with Promlily — no matter what tactic he tried. So I decided to give it a try.

And then I hit a brick wall.

Typically, I can find an executive contact for most companies that we encounter. But for Promlily, I was coming up empty.

In fact, John recently was able to turn a Case Dismissed into a Problem Solved after he found a valid contact at Royal Air Maroc for me. After multiple attempts to reach someone in authority at the airline, he located a working executive email address. And yesterday this case that Christopher detailed suddenly turned into a success story, with Royal Air Maroc ultimately offering a goodwill refund of $800 to Karen Malikian.

So I asked John if he could find me a person who I could contact at Promlily. He searched and searched, and he also came up empty-handed. I knew the situation was dire. This company is quite expert at hiding who is responsible for its operation.

Unfortunately, what he did find are many negative reviews about Promlily.

With no other option available, I contacted Promlily’s “customer service.”

Surprisingly, the next day I received a cheerful reply from “Alice” at Promlily. She asked to see photos of the dress, which I promptly sent. And then she offered me a 10 percent refund. I reiterated that the dress was damaged and that the recipient wanted a full refund. She then offered a 15 percent refund.

I asked “no-last-name” Alice to speak to her supervisor. She told me that her supervisor told her to tell me that’s the final offer.

And so my negotiations with Promlily were done.

Getting nowhere with Alice, Brian and I moved on to the last step to a resolution that a consumer should take — the credit card chargeback.

A credit card chargeback can be a powerful tool for all consumers who use it correctly. But it should only be initiated once a consumer has exhausted all other steps to a resolution. In fact, the Royal Air Maroc problem mentioned above was caused by the consumer’s misuse and misunderstanding of the chargeback process. So it’s important only to deploy this tactic as a last resort.

The FCBA protects consumers against a variety of billing errors — including products that aren’t delivered as promised. Like a damaged dress.

Brian has now filed a credit card chargeback. He will likely prevail since he has evidence that the dress is damaged and it was not delivered as promised. He says he will happily send the dress back to where ever it came from. If only he knew where it came from.

Brian’s daughter missed the prom. But to say she missed it because of this dress is not entirely accurate. There were a variety of reasons for the missed dance — this particular dress just compounded the problem.

“She missed the prom — there were multiple issues with her date,” Brian explained. “But she would have gone with friends had the dress worked out.”

Have you ever had a bad experience ordering from an obscure website?