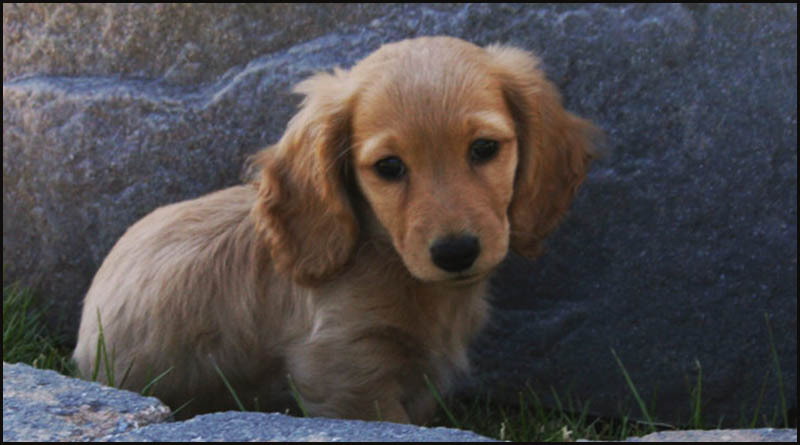 Aron Szekely’s complaint stunned our advocates — but not in the way he had hoped. When American Airlines refused to allow his faithful companion on a flight to Japan, did this military man simply abandon his dog at the airport?

We certainly hoped not — but Szekely’s email stated that American Airlines had forced him to do just that.

Szekely’s case is a reminder that there are complicated rules and restrictions for international travel with animals — and the check-in counter is not the place to familiarize yourself with these requirements.

“I showed up to the airport on the day of travel to Tokyo with my family,” he says. “Apparently, the flight was ten minutes too long and my dog could not fly. I had to abandon my pet curbside. I had no choice being military and being on official orders — I had to leave.”

Szekely spent the next two months writing letters to American Airlines asking for a full refund of each of his family member’s tickets.

The rationale for this refund was unclear — his family flew to Japan using those tickets. But our team was more concerned about what had happened to his dog.

In Szekely’s paper trail with American Airlines, he repeatedly told the airline that his dog had been left “curbside.”

Did he abandon his dog at the airport?

I had a pitiful vision of a dejected little dog being left all alone at the airport as he watched his best friend walk away — leaving him to fend for himself (cue the heart-breaking music).

Could someone really do that?

Before we could go any further with this case, we asked Szekely if he had simply abandoned his dog at the airport.

Thankfully he had not.

Szekely explained to us that he had called a friend who was able to come and get “Fido.”

Szekely did not give American Airlines the same clarification in any of his ongoing complaints. And, unfortunately, the approach he took with the airline would never be advisable. He filled his letters to American with demands and threats of legal action — although no actual damages were indicated.

Since I cannot get a response from anyone and the fact that my dog having to be left curbside because of your airline’s neglect — I have submitted my story to both San Diego and Los Angeles news. Because I am military I have no control over who I fly with. I have engaged with AA customer service since then and still nothing. What could replace a pet?

Again I am offering a resolution in the way of a full refund of all four tickets as compensation for leaving my pet behind. If your intention is still not to reimburse me then please respond with a negative so I can file.

Where is this abandoned dog now?

Although this email implied that he no longer had his dog, he assured us that he had been able to find an alternative way to transport his dog to Japan at a later date. Solesky was able to send his dog via a shipping company that specializes in pet transport.

But why did American Airlines refuse to allow the dog on the family’s flight to Japan?

To find out, we went to the American Airlines Traveling with Pets page. There, we quickly discovered all the information that Szekely needed prior to heading to the airport.

Although you can travel with a checked pet from Japan to Los Angeles, pets are not allowed as checked baggage to Japan. According to USDA restrictions, animals should be offered water every 12 hours, so for travel with a checked pet to Los Angeles, you must book a flight less than 12 hours. This includes the time it takes you to check your pet and clear customs at your destination city.

When we showed this page to Szekely he told us that he was sure that information wasn’t there in August.

A misunderstood gesture of goodwill

American told him that this information had been available on its website, but as a gesture of goodwill, the airline offered each of his family members a travel voucher of $200.

What American offered to try to smooth out any hard feelings only seemed to fuel Szekely’s belief that he had a case that he could bring to court.

When our advocate asked him if the government had paid for his tickets to Japan, he said it had. It was then that he acknowledged that he was requesting a refund for something he had not paid for.

Yes, the government funded this trip so perhaps asking for a refund for the government’s purchase seems wrong. I just didn’t know how else to ask for the compensation I thought I was due.

Despite all of these facts, Szekely told us that he would be escalating his case.

I feel like the last step I have would be to go to a lawyer. Military members shouldn’t  have to go through this. Already, I have contacted the military to offer my experience. I will be reaching out to see if they will stop purchasing tickets through AA for members going overseas. I know for a fact that had I flown with United there would have been no issue.

But is that true?

Animal transport policies on other airlines

I went to the United website and found that Szekely would have encountered the same problem on that airline.

Although United has a military-friendly policy for traveling with pets, it is not possible to bring dogs into Japan as checked baggage. This information is listed on the United website.

And in case you are wondering, Delta also has a policy that would have prevented Szekely from traveling to Tokyo with his dog.

Effective, October 1, 2016, Delta and Delta Cargo will no longer accept warm blooded animals on flights with an average flight time of greater than 12 hours.

Since it is not currently possible to fly from the continental United States to Japan in less than 12 hours, Delta would also not have been a valid option for Szekely.

How to transport a dog around the world

So how can a person get his/her dog to Japan?

A specialized pet transportation service such as the one United offers called Petsafe can get your pet virtually anywhere in the world. United requires Advanced reservations. Additionally, United charges rather hefty fees, depending on the size of the animal and destination. That fee is significantly more than the $200 Szekely had originally hoped to spend to get his dog to Japan.

We are always sorry to hear about such travel fiascos. The good news is that Szekely’s dog is now safe and sound with his family. Unfortunately, the facts of the case are not on Szekely’s side, and it ends in the Case Dismissed folder. But we thank this military man for his service.