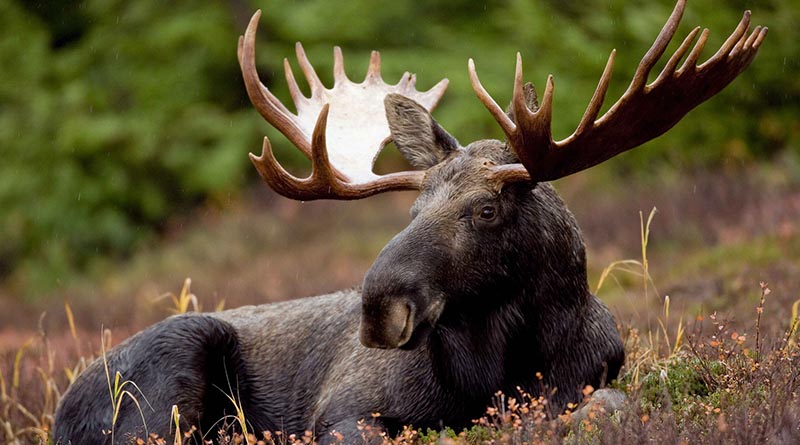 Common sense has always been a precious commodity in travel. You don’t need stories about tourists plunging off cliffs in their cars or YouTube videos of national park visitors nearly being mauled by wild animals they were trying to pet to be reminded of that uncomfortable fact.

But is common sense as we know it dead? Talk to other travelers and to survival experts, and the troubling answer is: maybe.

The severity of the problem became clear to me when a regular reader of this column, Robert Welch, e-mailed me a photo he took of a hotel door left ajar. Welch, who works in the security department of a large chain hotel in New Orleans, says every night, guests leave 25 to 30 doors ajar, presumably so they can run down the hall or out to dinner without having to remember their key cards. That’s about 6% of all rooms.

“It’s the No. 1 reason why a theft occurred whenever I’ve investigated it,” he says.

Some Travelers leave their common sense at home

Michael Frost, a corporate director for a non-profit organization in Long Island, N.Y., marvels at the number of pricey electronics that guests leave at a resort pool.

They’ll think they’re fine, he says, “because I’m on vacation and not thinking as clearly as I would at home. It’ll be there when I return. Wait a minute, where is my iPad, Kindle, Galaxy or Nook? It was right here. Right on my chair! Call hotel security! What do you mean the resort isn’t responsible for it?”

Heather Heenan, who works for a major airline, says she could “fill a book” with the lack of common sense passengers demonstrate once they enter the airport. “They suddenly don’t know left from right,” she says. “They can’t read a simple sign. Or they claim they are unable to use a kiosk, even as they hold their iPhone, which is infinitely more complicated.”

Among her favorite passenger questions: Which are the window seats on a diagram of the aircraft? And: Are flatirons and hair driers allowed through security? After all, other hair products, such as gel and hairspray, aren’t.

Richard Lilley, an adventure guide from Charleston, W.Va., keeps a list of common sense lapses. He says this list is “staggering.” It includes visitors “trying to touch the lethal snakes and plants, standing on the crumbling edge of cliffs, wandering into the jungle and actually trying to feed crocodiles by hand.”

Is commons sense on the verge of extinction?

As an advocate for travelers, I’m constantly amazed by the number of people who seem to be completely out of touch with reality. They want a refund for a non-refundable ticket (what part of “non-refundable” don’t you understand?). They want me to retrieve their expired frequent-flier miles (they’ve expired — look it up in the dictionary). Or they want travel insurance to pay a claim for something that isn’t covered by the policy (if it’s not in the policy, it’s not covered).

Experts say common sense is on the verge of extinction among travelers. Creek Stewart, a survival expert and author of Build the Perfect Bug-Out Bag, says it’s not abstract, as in the movie 127 Hours, which is based on Aron Ralston’s story of surviving an accident in Utah, in which he had to amputate his forearm to save his life.

“Unexpected survival scenarios can happen with little to no warning,” he says. “Even on pleasure vacation cruises.”

Several factors have led to the demise of common sense. It’s partly technology, like GPS cellphones and Internet search engines, that allows travelers to go anywhere without knowing anything. But it’s also a lack of adversity, which either gave our ancestors generous helpings of common sense or killed them. To some extent, says survival instructor Cody Lundin, it’s also the latest survival TV shows, most of which are hosted by “adventure actors” instead of true experts.

“Worse,” says Lundin, who runs the Aboriginal Living Skills School in Prescott, Ariz., “we’re in denial about it.”

Could it really be that common sense is dead? Whenever I hear about a tourist killed or injured while doing something stupid, I have to wonder. Given how unprepared the traveling public has become, it makes visitors walking targets for scam offers, predatory prices and junk fees. But it also means that even a little common sense can take you a long way when you’re on the road.

Don’t forget to pack your smarts

Here’s how to improve your travel IQ:

Meet other savvy travelers. You can participate in the weekly #Travelskills chat on Twitter, which covers some basic travel strategies.

Read up. Books such as Joshua Piven’s The Worst-Case Scenario Survival Handbook: Travel can help you escape some bad situations. How to Be the World’s Smartest Traveler, by Christopher Elliott, also can help keep you out of trouble.