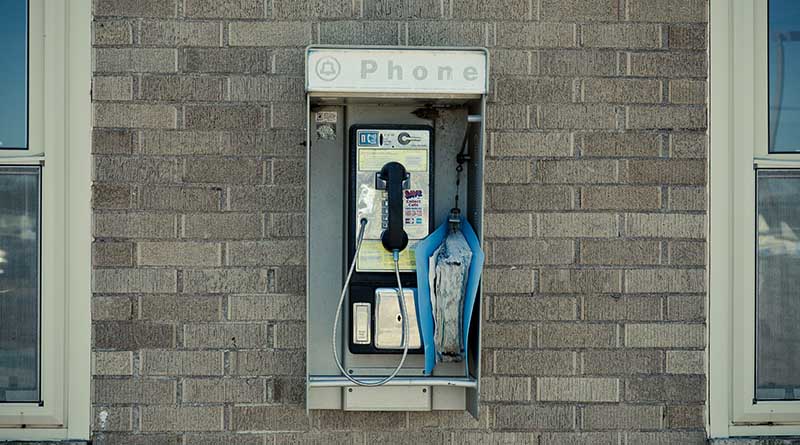 As far as rip-offs go, Sean Brady’s story of getting fleeced by technology might not resonate in the rich pasture of American scams. The fraudsters only took a few dollars instead of the 99 cents advertised.

But it’s the “how” that might surprise you. He lost the money to the other one-armed bandit: a pay phone.
Read that last sentence again. That’s right, a pay phone.

Pay phones generated $286 million in 2015, according to the Federal Communications Commission. That’s up $89 million from 2010, which suggests someone has figured out how to turn these roadside relics into profit machines.

“Pay phones must still be popular despite the ubiquity of cellphones,” says Brady, who works for a technology company in New York.

Well, kinda. The pay phones you see in big cities double as display ads, but people still use them, and not just drug dealers. There are about 100,000 pay phones left in the United States, so spotting one is like seeing a unicorn, according to my NBC colleague Joe Clark. But when you do, you’re better off leaving it alone.

The pay phones you see are operated by a network of independent telecommunications companies. They set their own rates, which are often sky-high. Verizon, the last major telecommunications provider of pay phone services in the United States, exited the industry in 2011 when it agreed to sell almost all its remaining 50,000 phones.

In 2013, I reported a typical pay phone “gotcha.” Tom King complained that his cellphone died on his way to a job interview. He saw a public phone at Washington’s Bainbridge Island Ferry. A notice assured him that he could make a four-minute call for $1, he says.

Not so. King, a fellow writer, made four one-minute calls using his credit card, for which he expected to pay $4. But a few days later, he discovered that he’d been charged $15 for each connection, for a total of nearly $60. “I was shocked,” he says.

So was I. Turns out WiMacTel operated the phone. Its CEO told me the King’s rate applied only to coin calls, and in the end, it lowered his bill to $22.

What to do about pay phones

Complaints continue to trickle in about overpriced pay phones, although they are also rare, almost mythical. So far this year, I’ve only seen one — from Brady. A day will soon come when the last pay phone disappears, but I suspect the scam will only end then.

For Edith Woodling, that day can’t come soon enough. On her way back home to Atlanta from Europe, with just euros in her pocket and no working cell phone, she made a 20-second call to her son from a pay phone at a MARTA station. She charged it to her American Express card. The cost: $25.

“He never even answered,” she says. “This is outrageous and unethical. The company was rude on the phone and said they could charge whatever they wanted.”

Wooling took her grievance to the site Complaints board. The company never responded.

That’s the other thing about the private companies operating the remaining pay phones. They aren’t the most responsive when it comes to consumer complaints. That’s because most of their customers have limited English skills or are engaged in activities that may or may not be legal.

Will pay phones ever go extinct?

Until pay phones go extinct, here’s what to do. If you see a pay phone in an airport, bus terminal, cruise terminal, or train station, feel free to take a photo of it with your kids. It’s a relic, after all.

You might tell your family that you read a story from a consumer advocate about pay phones, and how they used to rip off a lot of unwitting customers. But you can tell them that Pay phones will soon belong in a museum.

Whatever you do, don’t touch the pay phone. Not only is it probably covered in contagions — I mean, who knows who else used it? — but it’ll probably also overcharge you if you try to make a call.