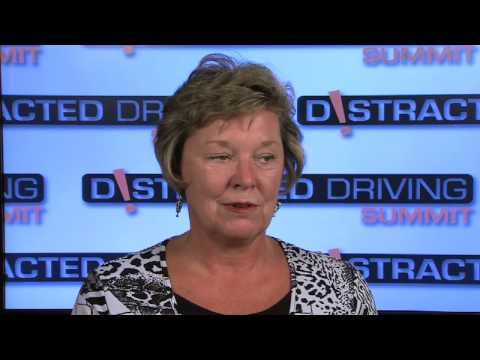 On a late winter afternoon, I was run off the New Jersey Turnpike by a delivery truck whose driver was talking on a cell phone.

No one was seriously injured in the collision, but I’ll never forget the loud “pop” of metal against glass and seeing the truck flip over and grind to a halt in a shower of sparks next to my badly-dented car.

When it happened 17 years ago, there were no laws against talking on a cellphone and driving. But thanks in no small part to a consumer-friendly Transportation Department — the most consumer-friendly ever, perhaps — there are. The latest is a proposed new safety regulation that would prohibit interstate commercial truck and bus drivers from using hand-held cell phones while operating a commercial motor vehicle.

More on that in a moment. But first, I wanted to share the video (above) with you. I couldn’t make it all the way to the end, and it’s not because I was a victim of a distracted driver. The DOT’s campaign, Faces of Distracted Driving, effectively humanizes a relatively abstract issue, and it just can’t be ignored.

Using a hand-held device makes you four times as likely to get into crashes serious enough to injure yourself, according to the Insurance Institute for Highway Safety.

The federal government is pushing states to pass tougher distracted driving laws and enforce existing ones. Last spring, for example, it started pilot programs in Hartford, Conn., and Syracuse, NY, to test whether increased law enforcement efforts can get distracted drivers to put down their cell phones and focus on the road.

The latest safety regulation is a proposed Federal Motor Carrier Safety Administration rule that would prohibit commercial drivers from reaching for, holding or dialing a cell phone while operating a commercial vehicle. Drivers who violate these restrictions would face federal civil penalties of up to $2,750 for each offense and disqualification of their commercial driver’s license for multiple offenses.

Additionally, states would suspend a driver’s license after two or more violations of any state law on hand-held cell phone use.

When you watch the heartbreaking video of Joe Teater’s mother talking about how her 12-year-old son was killed by a distracted driver, you can understand why the DOT is engaged in this campaign.

“Joe Teater wasn’t a statistic – he was a son and a brother, and his death left a hole in the heart of his family members and friends,” Transportation Secretary Ray LaHood said in a prepared statement. “I hope that everyone who hears Judy speak about the tragic loss of her young son will realize that no text message or phone call is worth the risk.”

Have the government’s efforts to end distracted driving have gone too far? I don’t think so, but I’m biased.

Critics include the Highway Loss Data Institute, which released a study earlier this year that suggested banning cellphones don’t reduce crashes, as well as the usual suspects, who think the government shouldn’t be regulating anything.

I just can’t help but wonder if Joe Teater would still be with us today if the DOT had started its campaign against distracted driving sooner. Or if my accident could have been prevented.