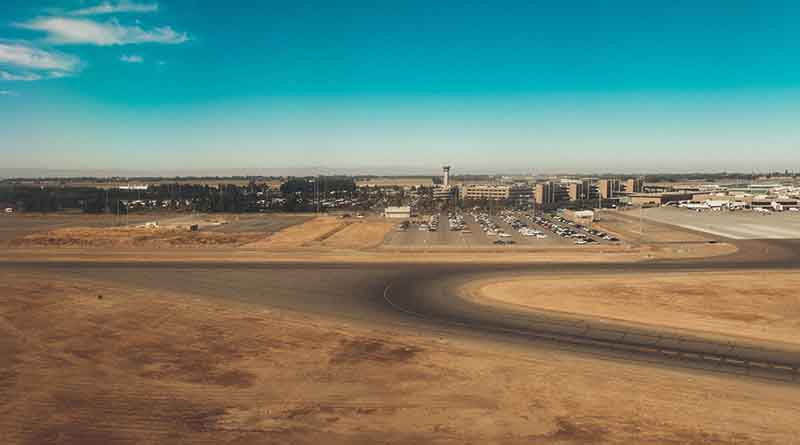 It used to be a reliable money-saving car rental trick: Reserve a vehicle at an off-airport location and take an Uber or taxi over. You can easily knock off 10  percent or more in airport fees.

Unfortunately, that loophole is closing.

Car rental customers who have tried this money-saving trick recently have reported having to pay concession fees to U.S. airports even if they didn’t use an airport rental location. The charges have been quietly imposed by municipalities in an apparent effort to boost revenue. In the process, airports are curtailing a strategy for saving a few dollars on a car rental — unless you’re prepared to lie about your itinerary.

Did you fly here? If so, you must pay the airport fee

Consider what happened to Art Kraus in Salt Lake City recently. When he arrived at a downtown location to pick up a rental vehicle, an Enterprise representative said he would have to declare whether he’d flown into Salt Lake City. If he answered yes, he’d have to pay an 11 percent fee in addition to the $322 rental charge.

Kraus, a retired federal employee, says the Enterprise employee told him that the city adopted the fee policy “to prevent people from avoiding airport rental fees by flying in and then renting off-airport.”

“When you pick up a car, you have to show your driver’s license,” Bryant says. “If they see an out-of-state license, they’ll ask if you flew in. If you flew in, you have to pay the airport fee.”

Even if you didn’t get there in an airport courtesy van? “Even then,” Bryant says.

Are there still some car rental locations where this money-saving trick will work?

There’s no quick and easy way to find out the airports at which local authorities are trying to prevent fee dodging or how they’re doing it. Salt Lake City International Airport confirmed that it assesses the airport concession fee for off-airport rental car companies that connect with their customers at the airport.

“These companies will typically use a shuttle van or bus to pick up or drop off their customers at the airport’s rental car center and have signed concession agreements with the Salt Lake City Department of Airports,” said Nancy Volmer, an airport spokeswoman. She added that this arrangement has been standard practice in Salt Lake City for more than a decade and is codified in its concession agreement.

The Salt Lake City contract prohibits a car-rental company from intentionally diverting “through direct or indirect means” any rental car or related business with the airport’s customers without including such transactions in the concession’s gross revenue.

“The purpose of the clause in the agreement is to prevent car-rental agencies from diverting customers to off-airport locations,” Volmer says, adding that car-rental companies at airports asked for the clause to protect their businesses.

Similar clauses are in place in the concession agreements for airport car rentals in Broward County, Fla.; Fresno, Calif.; Philadelphia; and San Francisco.

Andy Podolsky, a retired consultant from Washington, D.C., says he saw a sign at an Avis location in San Diego warning that an airport concession fee would be collected “for customers who had flown in within 12 hours of vehicle pickup.”

“There was no mention of the potential fee when making my reservation on Avis.com or in the confirmation I received by email, and the clerk did not ask how or when I arrived in San Diego,” Podolsky says.

That’s a switch from the old policy, at least in San Diego. Andy Abramson, a communications consultant from Los Angeles, used to rent cars in San Diego frequently.

The reach of airport fees for rental cars is extending

The American Car Rental Association (ACRA), a trade association for car-rental companies, has been monitoring the spread of airport fees with concern. “Airports have imposed this over our strong objections,” says Sharky Laguana, an ACRA spokesman.

For instance, Orlando recently decreed that within a seven-mile radius of the airport, car-rental companies must charge a 10 percent “gross receipts fee” if the customer arrived at the airport within 24 hours of picking up a vehicle.

“Frustratingly, the money doesn’t always go to the airport and is used in the municipality’s general budget,” Laguana adds. “The rental car companies get zero.”

To avoid the fee, customers must sign a statement certifying that they did not land in Orlando within 24 hours, “but obviously we have no way to independently verify whether the customer is telling the truth.”

“Billions of dollars in airport fees are at stake,” says Chris Brown, executive editor of Auto Rental News, an industry trade publication. Typically, businesses pay fees for the right to operate at an airport, but because municipalities also control taxes outside the airports, they can impose taxes on off-airport rental locations. “It makes financial sense for cities and counties to reach outside of the airport to charge an airport-use fee, although the move is likely to anger some car-rental customers.”

“It appears a loophole is closing,” he says.

The only way to avoid these fees is to answer no when a car-rental agent asks you whether you used the airport recently. Kraus says he told the truth and paid $357 for his 15-day rental.

“The price was still about half of the cheapest rate I saw at Salt Lake City airport,” he adds. (Christopher Elliott, Elliott Advocacy)

Christopher Elliott is the founder of Elliott Advocacy, a 501(c)(3) nonprofit organization that empowers consumers to solve their problems and helps those who can't. He's the author of numerous books on consumer advocacy and writes weekly columns for King Features Syndicate, USA Today, Forbes and the Washington Post. He also publishes Elliott Confidential, a critically acclaimed newsletter about customer service. If you have a consumer problem you can't solve, contact him directly through his advocacy website. You can also follow him on Twitter, Facebook, and LinkedIn, or sign up for his daily newsletter. Read more of Christopher's articles here.
92724