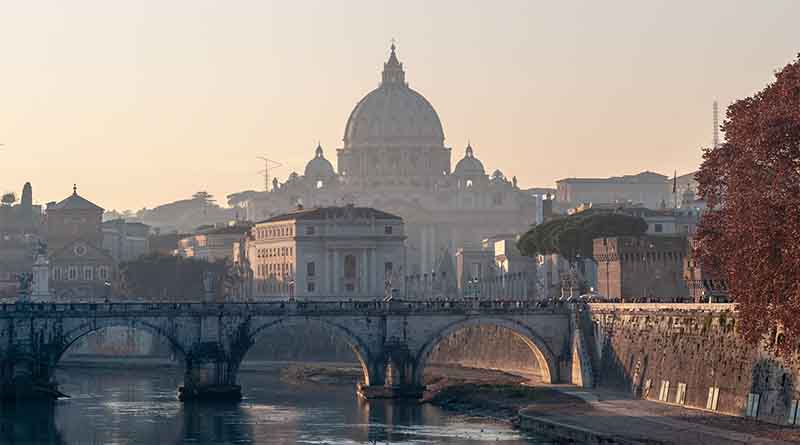 Several days before his trip to Italy, Robert Arbanas got an email informing him that his hotel was overbooked. A manager promised him a refund. But months later, Arbanas is still waiting. Can we help?

A year ago, I booked a room and prepaid for a night at Hotel San Giorgio in Civitavecchia, Italy. Big mistake. Two days before we were to leave last October, I got the dreaded email that the hotel had overbooked and that our reservations had been canceled. The hotel promised us a refund.

Thinking about all the great reviews this hotel had, I felt confident that my money would be refunded quickly. But I have been emailing the hotel for over a month and a half and I still have no refund. The credit card company can’t help because the charges were made more than 90 days ago. A year ago, this hotel was recommended, but current reviews have people experiencing the same problems as I am having.

I have been a reader for a while now and never thought I would be in this situation. I have no idea a hotel like this can cancel my prepaid room and won’t refund my money. It’s been almost two months since the hotel promised me a refund. I hope you can help. It’s not a lot of money, but it’s the principle of it. — Robert Arbanas, Grandville, Mich.

The Hotel San Giorgio should have either booked a room at a comparable hotel or given you a prompt and full refund. It turns out that when the hotel informed you that it was overbooked, it offered to accommodate you at a sister property in Civitavecchia, but you declined. A refund shouldn’t have taken long.

But in fairness, refunds aren’t always up to the issuer. Your credit card can sometimes take up to two billing cycles — roughly two months — to return the money to your account. So, while the Hotel San Giorgio bears some responsibility for the refund, your credit card might have also played a part.

By the way, overbooking is a fairly common practice in the hotel industry. Properties have special software that predicts how many guests are likely to cancel. Then they accept a certain number of extra reservations, based on how many customers are likely to no-show or cancel at the last minute. This process usually works, except during periods of peak demand when no one cancels.

I’m glad you mentioned the 90-day limit on your credit card refund. Under the Fair Credit Billing Act, you have three months to dispute a charge and possibly receive a refund. But since you were past that point, you couldn’t file a credit card chargeback. However, some credit card companies will still help, especially if you can show that you needed to prepay the reservation far in advance, to secure the best price.

Here’s your refund for that overbooked hotel

Next time you travel somewhere, it’s best to get a hotel reservation with more flexible terms. Why pay the property for a hotel many months in advance for a room it might not even have available for you? That’s like giving someone an interest-free loan.

You provided the Elliott Advocacy team an excellent record of your correspondence between you and the Hotel San Giorgio. I see there were some language barriers, but you managed to communicate, clearly and politely, of your displeasure of its refund process. You also tried to appeal your case to a supervisor, which is also advisable.

I contacted the hotel on your behalf. After some back and forth, it sent you a full refund — and an apology.