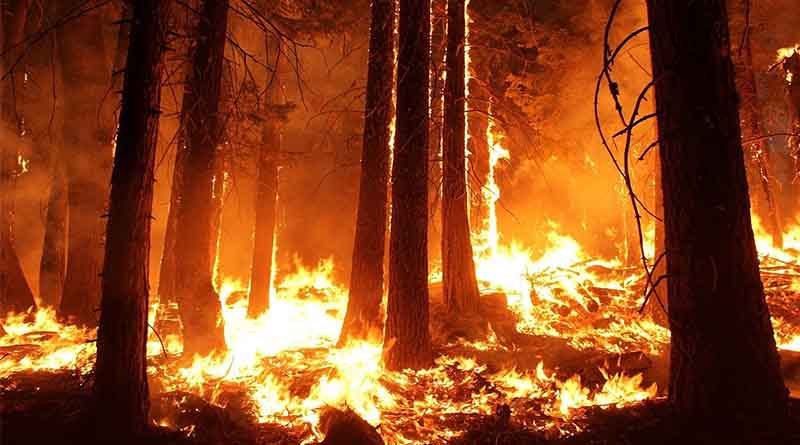 If your house burns down, do you still have to pay your AT&T phone bill? That’s the question that John Valentine wants to be answered after his in-laws lost their home in a massive wildfire. The elderly couple keeps getting a phone bill from AT&T. But there’s no phone service. Do they still have to pay?

My elderly in-laws suffered damage to their home in Magalia, Calif., in the Camp Fire last November. They escaped from their home with their neighborhood on fire, at 2 a.m. They took their dog with them, and nothing else.

They lived in a rental apartment in Roseville while their home was being repaired and utilities restored. They were able to move back to their newly repaired home in April.

AT&T has been sending a phone bill to my in-laws for nearly $300 for services allegedly provided after the date their house burned down. They have contacted AT&T numerous times to have the billing reversed — without success.

I personally visited the local AT&T store in Roseville in March and was assured the phone bill would be reversed within four days. Imagine my surprise when my in-laws told me this week they are still being billed.

I’ve called AT&T numerous times to get this fixed. I’m at my wits’ end. Please help. All I ask is that AT&T reverse the charges. An apology to my family, who are elderly and have suffered greatly, would be appreciated. — John Valentine, Roseville, Calif.

I’m so sorry about your in-laws’ loss. AT&T shouldn’t have sent them a bill for phone service it couldn’t and did not provide. The company even issued a press release boasting of its relief efforts for Camp Fire victims.

The carrier offered to waive fees for remote call forwarding and voicemail. It remained unclear, however, what would happen to customers who lost their homes. I guess now we know: AT&T would continue to charge them for their service.

In one way, AT&T’s actions make sense. Some customers affected by the fire opted to forward their phones to a temporary number or a cell phone. Others escaped the disaster and continued to use their landlines. Some did not. AT&T couldn’t know whose homes burned down and then proactively suspend their service.

No, you don’t have to pay this AT&T phone bill

Your in-laws should have contacted AT&T to make arrangements after escaping the wildfire. They could have forwarded their old number to a cell phone or canceled their service. But it looks like they waited a while before making inquiries to AT&T about their phone bill. That’s understandable, too, given that they had escaped the blaze with only their lives and their dog. But AT&T isn’t that smart. The company probably didn’t know their home had burned to the ground.

Once you contacted AT&T, everything should have gone much more smoothly. It didn’t. I wouldn’t have wasted my time on the phone with them. Instead, you might have tried contacting someone higher up at AT&T. The Elliott Advocacy team publishes the numbers and email addresses of AT&T’s customer service executives in our database.

I contacted the company on your behalf. AT&T reviewed your in-laws’ records and admitted that a “billing error” had been made. “We apologize for any inconvenience this caused,” a spokesman told me. AT&T refunded the full amount it had charged them after the fire.