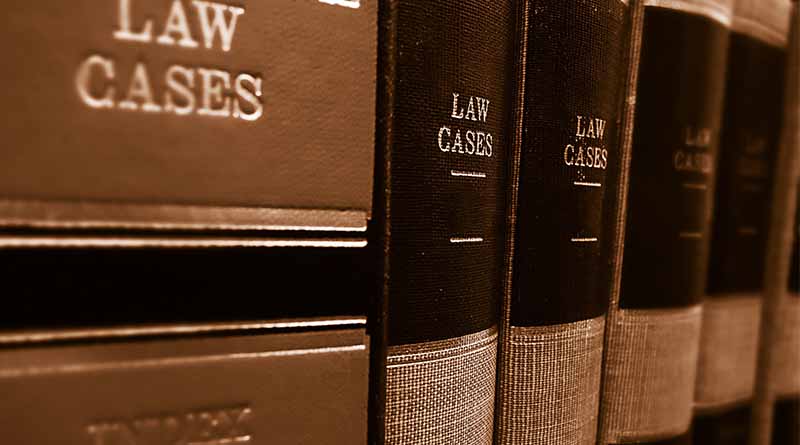 Attention consumers: You need to know these legal concepts. But you probably don’t.

Consumers don’t always understand the law — and that can hurt them.

“Legal literacy should not be a necessary proficiency to a traditional consumer,” says Braden Perry, a regulatory and government investigations attorney with Kansas City-based Kennyhertz Perry.

Take contracts, for example, which should be written in plain English. You shouldn’t need a law degree to decipher one.

“They should be understandable to all the parties,” he says, “not just the lawyers who drafted them.”

But there’s a silver lining: Overly legalese contracts are a sign that a party is trying to hide something. It’s a warning.

As it turns out, there are a couple of legal terms you need to know today in order to be a successful consumer. Some of them are technical, not really used in everyday commercial transactions; but others are common-sense and apply to almost every deal. And at a time like now, when vital consumer protections are being dismantled by a laissez-faire administration, it’s more important than ever to know them.

Don Petersen, a consumer rights lawyer based in Orlando, says consumers should understand what a “charge off” is — and isn’t. (And here’s the full definition.)

The Generally Accepted Accounting Principles and bank regulations, require lenders to write off certain doubtful accounts. To ensure that such write-offs take place, any account that is 180 or more days past due must be written off.

“Charging off a debt does not forgive,” he says, “except under extraordinary circumstances where the lender indicates that the reason for the charge off is more than the typical situation where the borrower failed to pay the account.”

Charging off a debt sometimes prevents the contract rate of interest from continuing to accrue, he adds. But too often, consumers assume that if their debt is written off, it’s forgiven. And it’s usually not. (Debts written off can be treated as 1099 income and thus taxable to the consumer.)

You should know, says Stuart Shiffman, a retired Illinois judge who spent 10 years as a prosecutor and a dozen years as a criminal defense attorney in private practice. Simply put, a “negotiable instrument” is a document that promises payment to a specified person or the assignee. You can read the entire dictionary definition at Investopedia.

“Most consumers have loans and mortgages that are negotiable instruments,” he explains. “These loans can be sold to individuals other than the original lender. The ramifications of this action can be substantial. They led in part to the mortgage meltdown early in this century.”

It’s also known as a warranty for a particular purpose — not to be confused with the warranty on your consumer good.

“As an example, if you ask a salesperson for a recommendation, for a snow-blower or lawn mower, for instance, consumer law requires that the equipment operate as promised and for your specific usage,” says Stacey Giulianti, a veteran consumer and insurance attorney. “A warranty for a particular purpose gives the buyer additional rights should the item not work as stated.”

Sarah Jane Hughes, a former lawyer for the Federal Trade Commission who now teaches commercial law at Indiana University’s Maurer School of Law, says perhaps the most important legal concept for consumers is also the simplest one: Learn how to read a contract.

For example, if you’re getting a credit card, it’s all in the cardmember agreement.

“Focus on the total of payments, the finance charge disclosed, and the annual percentage rate disclosed,” she says. “If the consumer does not understand these terms, the Federal Trade Commission and Consumer Financial Protection Bureau offer online consumer education materials to help consumers become better credit shoppers.”

Indeed, the CFPB has some helpful information about concepts such as finance charges. But you had better access it now, while you still can.

“Consumers should take the time to gain a basic understanding of the law, as knowledge is truly power,” says Giulianti, the consumer attorney.

You need to know these legal concepts. And that’s the thing about them — accountants and lawyers have needlessly complicated them, perhaps to their benefit. But reading the terms is a great way to clear up the confusion — and prevent a potential rip-off. Because when it comes to these legal concepts, ignorance is not bliss.

Christopher Elliott is the founder of Elliott Advocacy, a 501(c)(3) nonprofit organization that empowers consumers to solve their problems and helps those who can't. He's the author of numerous books on consumer advocacy and writes weekly columns for King Features Syndicate, USA Today, Forbes and the Washington Post. He also publishes Elliott Confidential, a critically acclaimed newsletter about customer service. If you have a consumer problem you can't solve, contact him directly through his advocacy website. You can also follow him on Twitter, Facebook, and LinkedIn, or sign up for his daily newsletter. Read more of Christopher's articles here.
67525