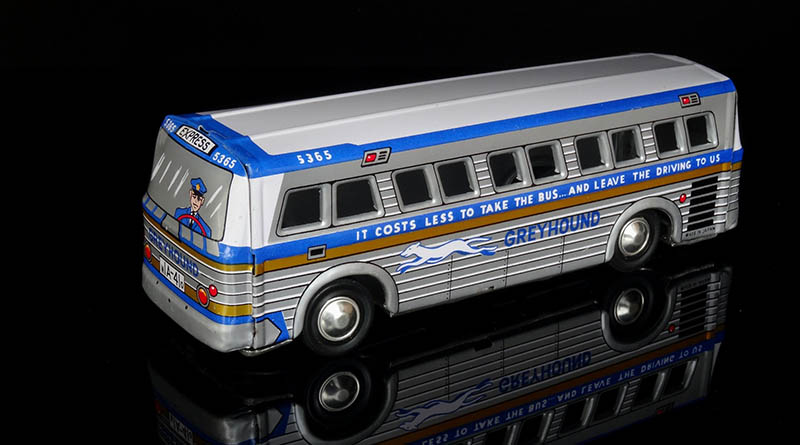 Jason Levitis emailed me recently from Greyhound bus No. 2559 from New York to D.C., which was supposed to arrive at 11 p.m. The problem? It was 12:25 a.m. and the motor coach was cruising down Interstate 95.

“This is a bit disappointing, but not surprising,” says Levitis, an attorney from the District. “But what does surprise me is that Greyhound’s tracking system says the bus arrived at Union Station at 11:32 p.m.”

He attached an image to his email, time-stamped at 12:29 a.m. Sure enough, No. 2559 had already arrived, according to Greyhound’s site.

His case raises a few interesting questions. Does a bus company’s on-time record matter? Does anyone track it? And what happens if your bus is late?

His Greyhound bus is late — so what’s going on here?

Greyhound says its drivers use a system that allows them to record their arrival times when they reach a station.

“In this case, a driver on another bus accidentally recorded his arrival time under the wrong bus number, making it appear as if Mr. Levitis’s bus had arrived when it had not yet made it to the station,” says Crystal Booker, a Greyhound spokeswoman. “We base our performance numbers on when our buses actually arrive at our terminals. We take pride in the accuracy of our data, and we will continue to train drivers in this area to avoid future discrepancies.”

Greyhound’s on-time record may be irrelevant — at least legally. When it comes to customer service, motor carriers have little federal oversight. The Transportation Department doesn’t issue monthly report cards on service complaints, as it does for airlines. Ticket refunds, checked luggage, schedules and reservations are lightly regulated. For example, the department requires that all checked baggage be made available to the passenger within a reasonable time, not to exceed 30 minutes, after arrival at the destination.

The only regulation that would apply to Levitis’s situation is a rule that prohibits motor carriers such as Greyhound from scheduling a route between points that would necessitate the vehicle operating “at speeds greater than those prescribed by the jurisdictions in or through which the commercial motor vehicle is being operated.” In other words, if it routinely takes more than five hours to drive from New York to Washington, then Greyhound isn’t allowed to publish a schedule that shows a four-hour trip.

The Federal Motor Carrier Safety Administration, which enforces these regulations, inherited a set of arcane customer service rules when Congress eliminated the Interstate Commerce Commission two decades ago. While these regulations from the 1940s and 1950s technically remain on the books, the agency’s primary focus now is on safety.

The Transportation Department maintains a database of consumer complaints. A quick look at the complaints form for bus passengers offers an overview of the service issues in which the government would get involved. For instance, it would register your complaint if the carrier didn’t refund an unused ticket within 30 days, or if a scheduled bus departed from a terminal before a public announcement. However, the database isn’t accessible to the public, so it’s impossible for the average rider to know if a bus company has a problem keeping its schedule.

If the federal government doesn’t keep on-time data for buses and doesn’t require bus companies to keep their schedules, then why bother reporting on-time numbers at all? It also makes Greyhound’s decision in 2015 to offer real-time GPS satellite tracking of its buses puzzling. BusTracker allows you to search for a bus by schedule number, departure city or arrival city. It automatically updates every one to four minutes, pulling data from three tracking systems installed on all of Greyhound’s buses. But the system also warns that “On-time service is based on estimated departure and arrival times, which may be delayed by various factors including weather, traffic and road conditions.”

Greyhound’s “Terms and Conditions of Purchase & Carriage,” the legal agreement between you and the company, explicitly says that it is not responsible for keeping its schedules, citing “delays caused by breakdowns, road conditions, weather or other conditions beyond carrier’s reasonable control.” But, it adds, Greyhound will make “reasonable attempts” to minimize the delays or make alternate arrangements to enable bus travel to your final destination.

A better approach to dealing with a scheduling problem with a motor carrier is to ask for compensation as a goodwill gesture. While Greyhound doesn’t make any customer-service warranties, its parent company, FirstGroup, does, promising to “keep our customers at the heart of everything we do.” So, while federal law or its customer contract may not require a voucher or partial refund for a delayed bus, you might be able to persuade a company such as Greyhound to offer compensation.

That’s what Jacquie Cadorette does whenever her bus from New York to Philadelphia is delayed.

“When things don’t work out on the schedule I want, I start by using the extra time I have to call the company,” says Cadorette, a website editor who lives in New York. “If they’re not apologetic about the issue, I’ll do my best to reach out to someone higher up with my concerns.”

Often, the operator will apologize and offer a partial or full refund. The company doesn’t have to, but it does. After all, when it comes to ground transportation, there’s still lots of competition from other bus services, ride sharing and Amtrak. If a motor carrier doesn’t help a passenger like Cadorette, someone else will.

Bottom line, no one can hold the company accountable for its schedules except its own passengers.